2 Killed In Myanmar In Worst Day Of Violence Since Feb. 1 Coup : NPR 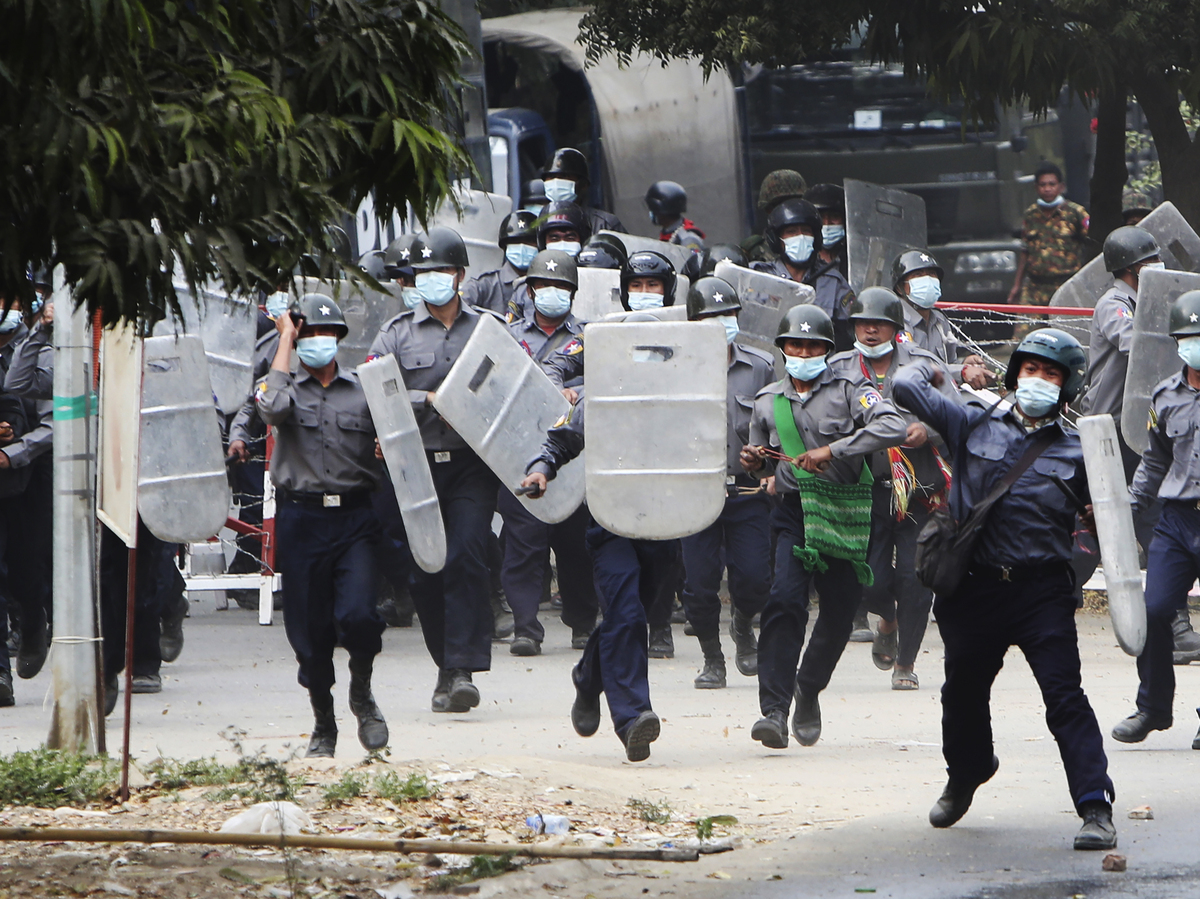 At least two people were killed in an anti-coup protest in Myanmar on the bloodiest day since the military takeover on February 1, which resulted in the arrest of the country’s de facto leader and weeks of almost non-stop demonstrations.

According to several reports from Mandalay, the country’s second largest city, police confronted striking ship workers and other protesters during an hour-long break. Some demonstrators are said to have thrown projectiles at the police who tried to disperse the demonstration by hundreds of men by firing live cartridges in addition to tear gas, water cannons and rubber bullets. Reuters says witnesses found Cartridges for live rounds next to rubber bullets on the floor.

Both local residents and protesters had to flee the area as security forces chased after them, The Associated Press reports. Some journalists also fled after being hit by tear gas and slinging bullets.

The death on Saturday follows the death on Friday of a young woman who was shot in the head during protests last week. The death of 20-year-old Mya Thwet Thwet Khine was the first confirmed death in the protests reported by the military takeover and arrest of Aung San Suu Kyi and members of their party, the National League for Democracy. The junta had seized power and made unfounded claims that the Suu Kyi’a party’s landslide victory in an election in November was the result of fraud.

Suu Kyi has been incarcerated since her arrest and has been charged with illegally importing walkie-talkies – an indictment widely believed to be politically motivated – and Violation of Article 25 of the National Civil Protection Act.

The junta is faced with sanctions from the US and other countries.

Violence during the weeks of the demonstrations was largely limited, but the recent protests in Myanmar were cracked down on by security forces.

According to Reuters, a police officer died as a result of the protests.

Also on Saturday, young people in the cities of Yangon and Naypyitaw held ceremonies for Mya Thwet Thwet Khine, the young woman who died on Friday. She had been life support after she was shot in the head during a protest in the capital, Naypyitaw.

Thousands also marched peacefully in several parts of Myanmar on Saturday, including the northern city of Myitkyina as well as Bagan and Pathein, Reuters reported.

Michael Sullivan of NPR contributed to this report.