A Sly Film About Art And Immigration : NPR

Sam (Yahya Mahayni) agrees to have his back tattooed with the Schengen Visa, the document that allows free movement between European countries, in The Man Who Sells His Skin. Samuel Goldwyn / Bac Films hide subtitles 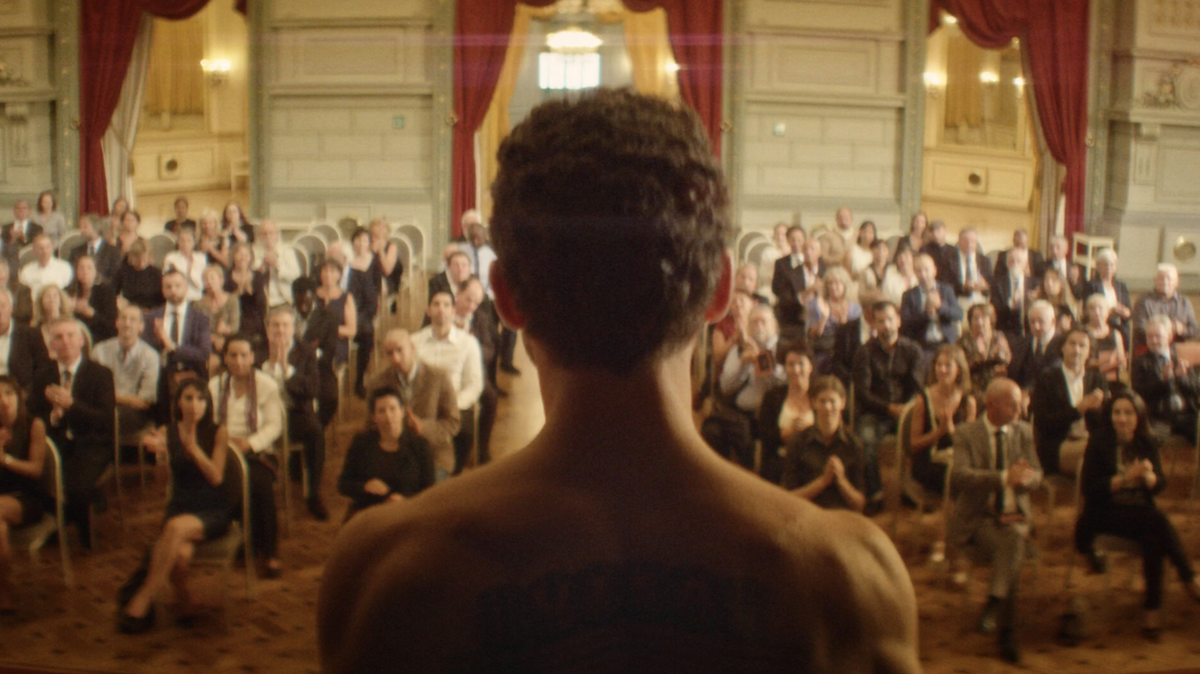 Sam (Yahya Mahayni) agrees to have his back tattooed with the Schengen Visa, the document that allows free movement between European countries, in The Man Who Sells His Skin.

If any story has been inevitable in this century, it is surely immigration. The subject has spawned so many newscasts, books, films, and television shows that it really takes imagination to find an invigorating angle on such a worn and difficult subject.

That’s why I was surprised and excited by The Man Who Sold His Skin, a funny, touching and awesome film that was nominated for an Oscar for best international feature film. Made by Tunisian writer and director Kaouther Ben Hania, it combines satire and human political awareness to create an original fable about art, privilege, freedom and identity.

The victorious newcomer Yahya Mahayni plays Sam Ali, a handsome young Syrian who falls in love with his girlfriend Abeer (Dea Liane). But when Sam is thrown in jail for a trifle by the Assad regime, he has to flee to Lebanon. He’s on fire to come to Belgium, where Abeer has moved with the Syrian diplomat she is married to, but he can’t get a visa.

Sam’s situation seems hopeless until he sneaks into an opening in a gallery in Beirut, hoping to swim free food. Once there, he is caught by a glamorous art dealer who introduces him to Jeffrey Godefroi, an internationally known artist played by Belgian star Koen De Bouw. Jeffrey specializes in slick work that sells for millions and embodies Oscar Wilde’s definition of a cynic as one who knows the price of everything and the value of nothing.

Over a drink, Jeffrey suggests a deal that will allow Sam to get to Abeer. Using Sam’s back as a canvas, Jeffrey creates a large tattoo of the Schengen Visa, the document that allows free movement between European countries. In return he gives Sam a part of the profit and brings it – because Sam is now an expensive work of art – to Belgium. There Sam spends his time being exhibited in a museum looking for Abeer. He finally seems to be free.

Of course, when someone says he’s the devil and offers you a contract, the word “Faustian” comes to mind. Even when Jeffrey keeps everything he promises, Sam gets flipped in crazy directions in Sam’s alleged freedom. The forces that pull him include Abeer’s warlike husband, imperious museum directors, vulgar art collectors, internet trolls, Syrian refugee groups who want to use him as a symbol, and his mother in the war-torn city of Raqqa, whose troubles she will leave him gutted and ashamed.

While the man who sold his skin is a good movie, it’s not flawless: the motivational love story is a bit conventional, the plot casting a shadow. Still, the film is admirable in its cunning and tactics. Ben Hania has a light touch. It makes us notice the visual similarities that connect Sam’s time in prison and the gallery world. She evades the platitudes about abused immigrants and in a funny way gives us a refugee who feels trapped in his life as a 5-star hotel and room service caviar.

In real life, Belgian artist Wim Delvoye actually tattooed a man named Tim Steiner and turned him into one Artwork. In Ben Hania’s hands this playful conceptual idea takes on a richer meaning. It’s not just that Sam becomes a commodity, but that he has more rights when he becomes a commodity. He cannot come to Europe as an asylum seeker, but as an artistic good he can. In the affluent West he has more value as an object than as a man. As such, Sam becomes a metaphor for how immigrants become objects defined by the meanings we impose on them rather than those they would make for themselves.

In the end, The Man Who Sold His Skin is all about Sam trying to stop being an object and be a man writing his own story instead of having a tattoo on his back tell it.