A volunteer receives a shot on November 30, 2020 as part of a COVID-19 vaccine trial at Chris Sani Baragwanath Hospital in Soweto, outside Johannesburg. Jerome Delay / AP hide the caption 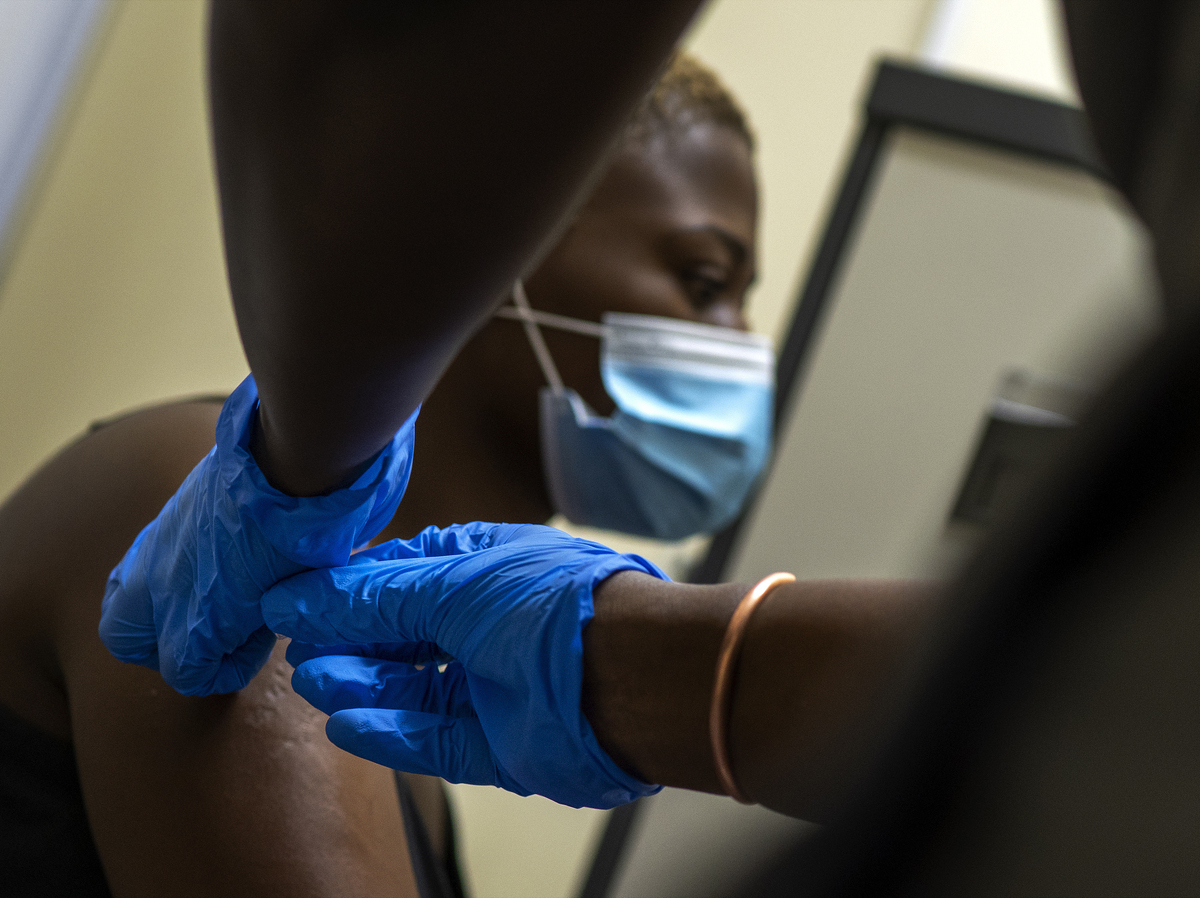 A volunteer receives a shot on November 30, 2020 as part of a COVID-19 vaccine trial at Chris Sani Baragwanath Hospital in Soweto, outside Johannesburg.

As slow as COVID-19 vaccines were introduced in the US, it is estimated that billions of people around the world will not be vaccinated against COVID-19 until 2022 or 2023.

Bloomberg has published a map The extent of vaccine distribution in different countries and practically all over the African continent – more than 50 different nations – is empty.

Ellen Johnson Sirleaf, Nobel Peace Prize Laureate and former President of Liberia, says much of Africa may be left out by next year.

Sirleaf remembers the Ebola outbreak that hit her country in 2015, including in West Africa. Last year she was asked to take the chair a review of the global response on the coronavirus pandemic. In an interview with the Morning Edition of NPR, she says Africa is in danger of being left behind.

“In Africa we don’t have the resources. It’s that simple,” says Sirleaf. “When the vaccine is not considered a free good, on the basis that no one is safe until everyone is safe – if that is seen in that context.” Then maybe the wealthier nations of the world will come up with a formula that says how we can share the vaccine with those countries that do not have adequate resources. “

Vaccinations at this rate on this scale are unprecedented. And even the US has discovered logistical problems. It is very difficult to get millions of doses to millions of people in a very short time. Are there any major logistical challenges in parts of Africa?

We will undoubtedly face logistical challenges. But I would like to point out the case of Ebola. When Africa set up a platform to ensure that the drugs and responses to Ebola were made available through support to African countries, that platform was used to ensure equitable distribution among African countries in need. Of course, there were only a limited number of countries at the time, as Ebola affected the three neighboring countries in West Africa. Perhaps the distribution was easier because our population in these countries is much smaller than in others. It would be more complicated if you had all of the African countries.

We should remember that Ebola put extremely stressful societies in a number of countries. How did you learn to deal with public fears and get real medical care for people?

Well the first thing you need [is] to receive adequate information, reliable information on the state of the disease so that citizens are properly informed. To avoid having to guess, they don’t have to speculate about the magnitude of the effects of the disease. And you have to be coordinated. You cannot have different units in the health sector or in the financial sector. This is the only way you can win the trust of the citizens to make sure they are taking the medication or sticking to the protocol even if you have the resources to address it, whether it is a mask or social distancing acts. And, of course, strong partnerships also in the case of Ebola, since the three affected countries did not have the resources to receive the drugs and the necessary support. But they had good partners.

In the USA, There are many people who have expressed skepticism about masking and social distancing. You refused to attend. And there is also widespread skepticism about vaccines. Does it all sound familiar to you?

Yes, it does. I mean, Liberia faced the same problem in the early days of Ebola, but we were able to overcome it through strong government action. And leaders need to be able to convey the severity of this disease in their life and livelihood in very clear terms with very clear actions and strong commitment not only to formulate those actions but to find a means to ensure that their citizens understand and are ready to comply for their own safety.

Were you surprised that this virus got out of control in a way that Ebola didn’t?

Yes, as the measures to fight the virus were not carried out. I have to say, in the case of Ebola, I said at the beginning that we are faced with the same problem – the problem of trust, that people who thought this might be someone trying to restrict their mobility and their right to freedom. These are the concerns of the citizens. But it’s up to business leaders to address these fears and concerns and make sure they overcome them.

Jeevika Verma, William Jones and Jan Johnson produced and edited the audio version of this story. Avie Schneider produced for the web.