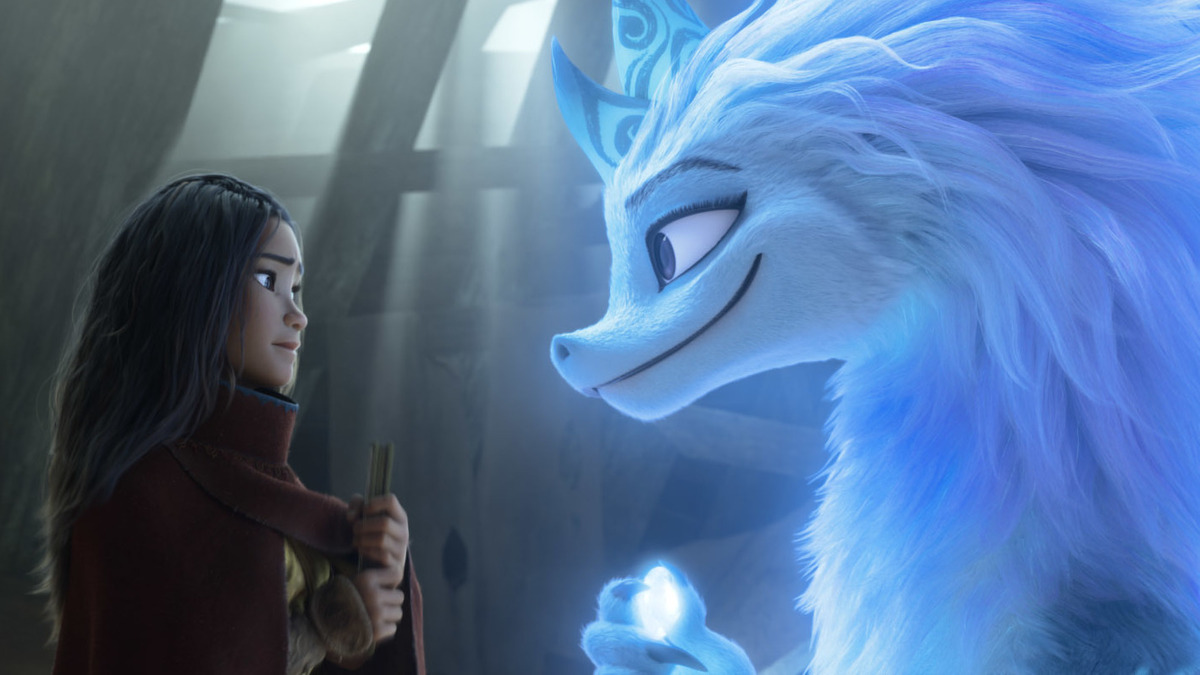 Raya and the Last Dragon is a beautiful, moving surprise. Its big selling point is that it is the first Disney animated film to feature Southeast Asian characters, but like so many films that are trailblazing in terms of portrayal, it tells a story that is actually woven from reassuringly familiar parts. I didn’t mind.

The film, directed by Disney veteran Don Hall and animation newcomer Carlos López Estrada, takes us into a fantasy world that has been beautifully visualized and populated with appealing characters. It develops into an emotional climax that I still think about days later.

The story is a little complicated as these stories tend to be. It takes place in Kumandra, an enchanted realm inspired by various Southeast Asian cultures and divided into five kingdoms named after a dragon’s body parts: heart, muzzle, spine, claw and tail.

Before they became extinct centuries ago, dragons once roamed the land, serving as friendly guardians of humanity. Her magic lives on in a jewel called the Dragon Gem, which is kept in a cave in the heart, but the other four kingdoms covet her mighty powers. One day all five factions come together and try to reach a peace deal, but tension builds, a fight breaks out and the gem breaks into five pieces that are scattered across Kumandra. This opens the door to an ancient enemy named Druun, a terrible plague that has turned people to stone.

Of course, a hero has to stand up and save the day. Her name is Raya and she is a young warrior princess from Heart voiced by the excellent Kelly Marie Tran Star Wars: The Last Jedi. Raya manages to escape the Druun, although her father, her ba, who is the leader of the heart, is not so lucky. Now Raya has to get back the parts of the dragon noble, reverse the damage and banish the Druun for good.

This isn’t the first time we’ve seen a brave young character in search of magical orbs, and Raya and the Last Dragon are rooted in traditional fantasy lore, with the Lord of the Rings and Game of Thrones being the most obvious influences. The movie’s intense scenes of sword games and hand-to-hand fighting give it a tougher, more grown-up feel than most animated Disney fantasies – my own little daughter had to cover her eyes a few times. Like some other current Disney Princesses, including Moana and ElsaRaya has a bold, adventurous streak and isn’t all that into romance. Unlike them, she doesn’t even have time to sing a song.

Even so, the film still has a lot of lightness and humor. Screenwriters Qui Nguyen and Adele Lim provided the usual Disney selection of cute critters and lively supporting characters. None of them are more colorful than Sisu, a friendly water dragon who magically rose from the dead during Raya’s journey. She is the last of her kind and plays a crucial role in the story. She uttered delightful of AwkwafinaShe does one of her signature Chatterbox comedy routines, selling every one of Sisu’s anachronistic wisecracks.

Raya and Sisu’s journey takes them to all five kingdoms of Kumandra, all of which are so vivid and transporting that I wish they really existed – or at least I could have seen them on a real movie screen. There’s the town of Talon, built on the edge of a river, and the desert wasteland of Tail, where Raya and Sisu must enter a cave full of obstacles straight from an Indiana Jones adventure.

While the two are looking for more dragon gems, they of course take a few friends with them. There’s a street smart boy who makes a mean shrimp congee and pickpocket for toddlers that I found more creepy than cute. But the film’s most intriguing character is Namaari, a rival princess from Fang, voiced by Gemma Chan. (As a side note, Chan and Awkwafina both appeared in Crazy rich AsiansNamaari and Raya were friends until the battle for the dragon gem tore them apart. Now they are bitter enemies, and their emotional dynamics are so violent and complicated that relationships in children’s animated films, especially between women, are seldom allowed.

The emotional power of ‘Raya and the Last Dragon’ sneaks up on you. The lessons may not be new, but it feels like you are learning them for the first time.

In contrast, Sisu is all a feel-good mood; After all, she’s a dragon with little understanding of how treacherous humans can be. She doesn’t understand why Raya and Namaari are so suspicious of each other, why they can’t just put their differences aside and defeat the Druun together. It is Sisu’s sincerity and purity of heart that makes the finale of the story so unexpectedly exciting, especially now. Our destinies are closely related, it reminds us, as it is an argument for forgiveness, reconciliation and mutual sacrifice.

The emotional power of Raya and the last dragon sneaks up on you. The lessons may not be new, but it feels like you are learning them for the first time.