The Englishmen Charley Hull and Bronte Law provided eye-catching opening rounds at ANA Inspiration in order to assert themselves early on in the first major of the year.

They are in third place behind the Chinese Shanshan Feng (five below) and the Thai Patty Tavatanakit (six below).

Jin Young Ko, number one in the world, is one of many players who have not yet finished the first round. 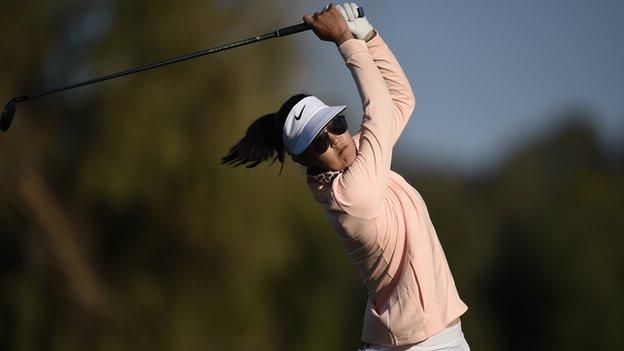 Only half of the 120-man field had completed its lap as Hull and Law each completed an impressive opening day.

Neither of them has won a major championship before, but Hull looked good making the green to the eagle on the 11th and she added a birdie on the last to finish three under.

Hull has finished in the top 10 three times in this event, but Law has yet to secure a top 10 result in a major.

The Stockport born player dropped just one shot in her first 18 holes to sit prominently.

China’s Feng is starting the Ladies PGA Tour for the first time since 2019 and is a surprising early competitor, while American Michelle Wie is out of reach after a lengthy hiatus.

Wie, 31, took time off the tour to overcome injuries and give birth to her first child, but her first major championship round in 650 days proved eventful as she drained huge putts on the first and third holes and approached a hole -in-one on the 14th.

“I’m just happy to see my name on the first page of the leaderboard,” she told the Golf Channel after her round. “This is really something special to me. It’s been a long time since I’ve seen this.”

The tournament – for the 50th consecutive year – has been rated as a major since 1983 and is considered extremely significant due to the impetus it has given the growth of women’s golf since 1971.