Book Illustrations Are A Bridge For Young Readers : NPR

The artist James Ransome is a huge fan of Parliament-Funkadelic. So much so that one of their melodies provided the soundtrack when Ransome accepted the Society of Illustrators Gold Award during a virtual ceremony on Thursday.

For his acceptance speech, the award-winning illustrator held up cue cards with his thanks as he joined the music. “That’s what sometimes happens when I’m painting, which is a little different from what I’m illustrating,” he said. (When he illustrates, he listens to jazz.) 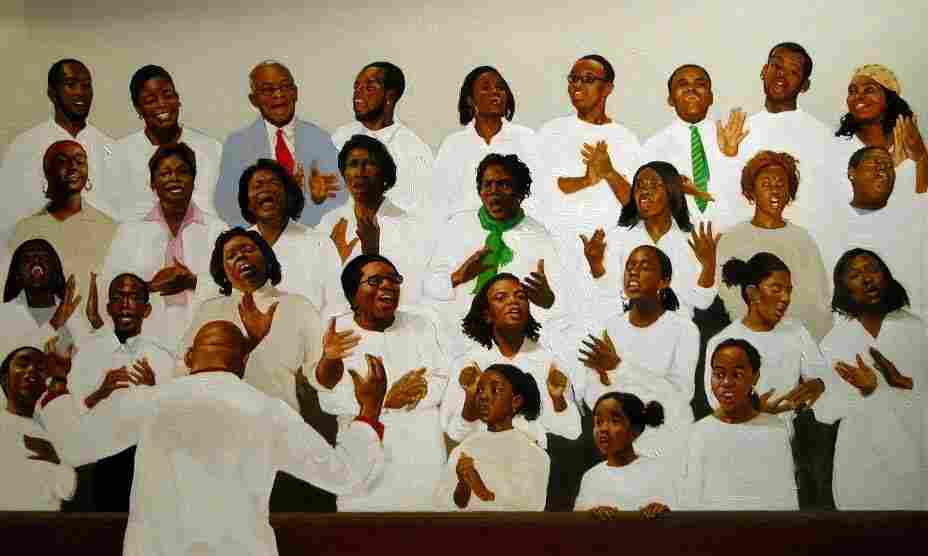 Ransome is known and loved for his illustrations, especially his many children’s books. But at the age of 60 he recently earned an MFA and developed a parallel career as a painter. His Gold Award was for Who Should Own Black Art – a Painting and a Book Jacket – and his acceptance speech recognized some of his influences, including his mentor, Jerry Pinkney, Member of the Hall of Fame for the Society of Illustrators.

Like Pinkney, Ransome focused on books on African American figures in history, politics, sports, and the arts. Before she was Harriet, Ransome rushes over Harriet Tubman as she takes her passengers to freedom on the subway. In Game Changers, he takes to the court with tennis superstars Venus and Serena Williams.

In My Story, My Dance – written by his wife and frequent contributor, Lesa Cline-Ransome – Ransome illustrates the story of Robert Battle who went from a boy in leg supports to a professional dancer, choreographer, and director of a world-famous dance company. Ransome’s illustrations unfold almost like a movie – some are multiple line drawings on a page, overlaid with pastel colors of an exuberant young man in motion. 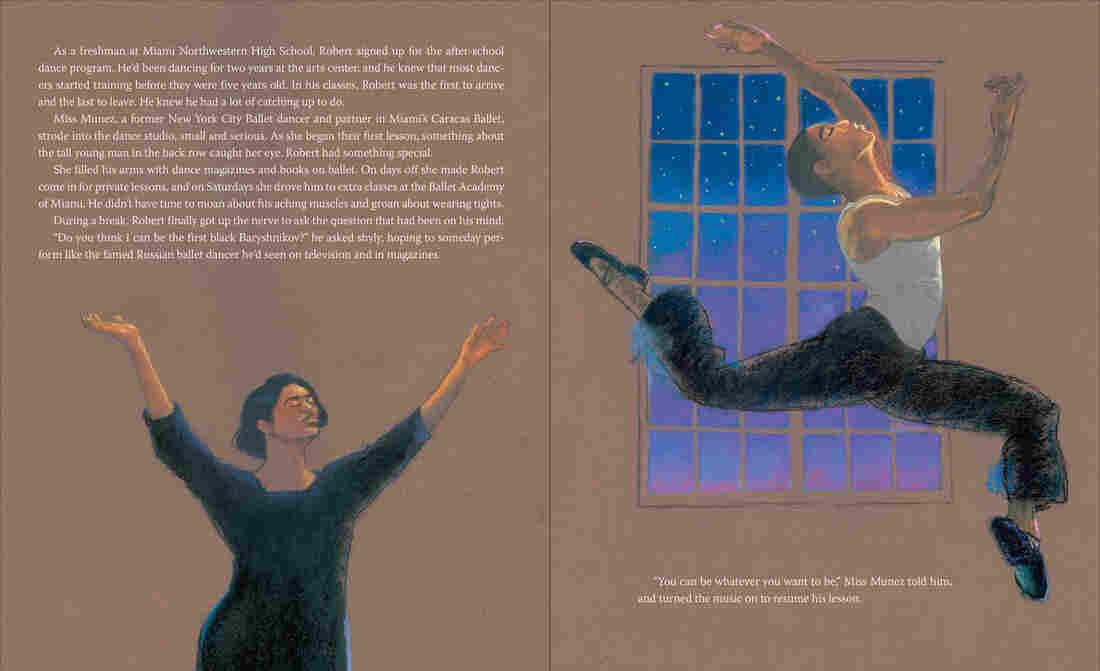 In many of Ransome’s books he will combine his pictures and drawings with pieces of paper and collage the pictures.

“I have trash cans and boxes of papers everywhere …” he says. “It’s like a quilter – a quilter who takes an old shirt … it becomes part of the quilt. And that’s what I find fascinating – patterns, shapes and colors and how to put them back together.”

It’s kind of an analogy to the composition of the text that Ransome gave as a starting point for his illustrations. 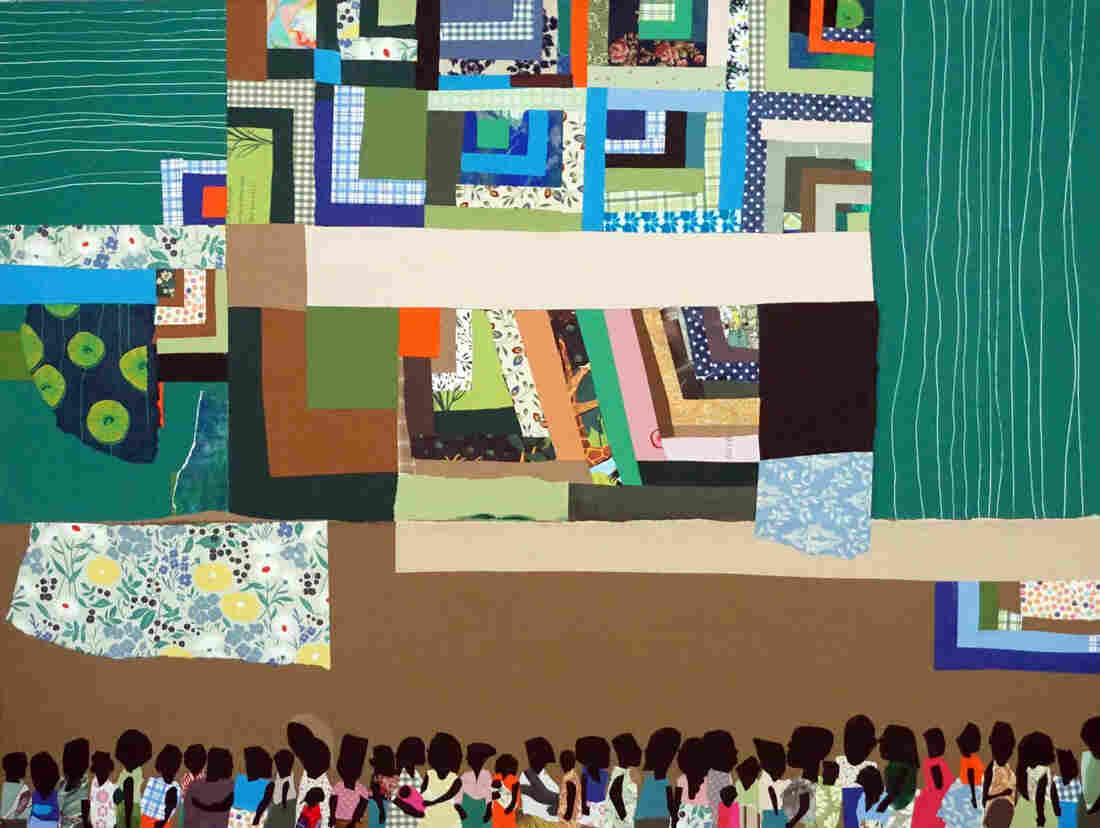 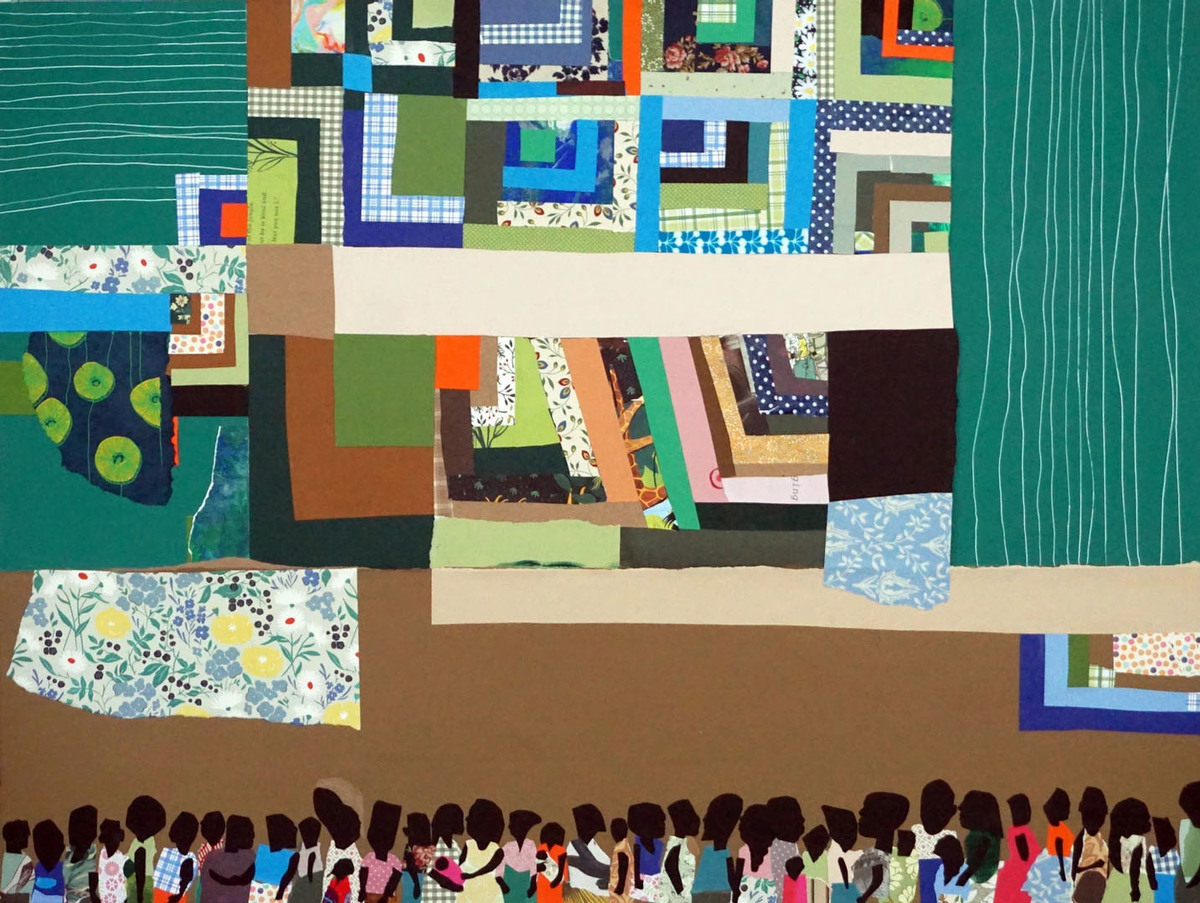 For the moment, Ransome intends to maintain both his art practice and his work as an illustrator. He sees the books as a natural bridge for young readers.

“I feel like, you know, I want to educate them somehow, or be that bridge between what’s in their hands, or hold them and go to a museum.”

On the door leading out of Ransome’s studio there is a saying in multicolored letters that is attributed to the painter Edward Degas: “Art is not what you see, but what you let others see.”

For the artist and illustrator James Ransome, this applies to his work, be it in a book or on a wall. 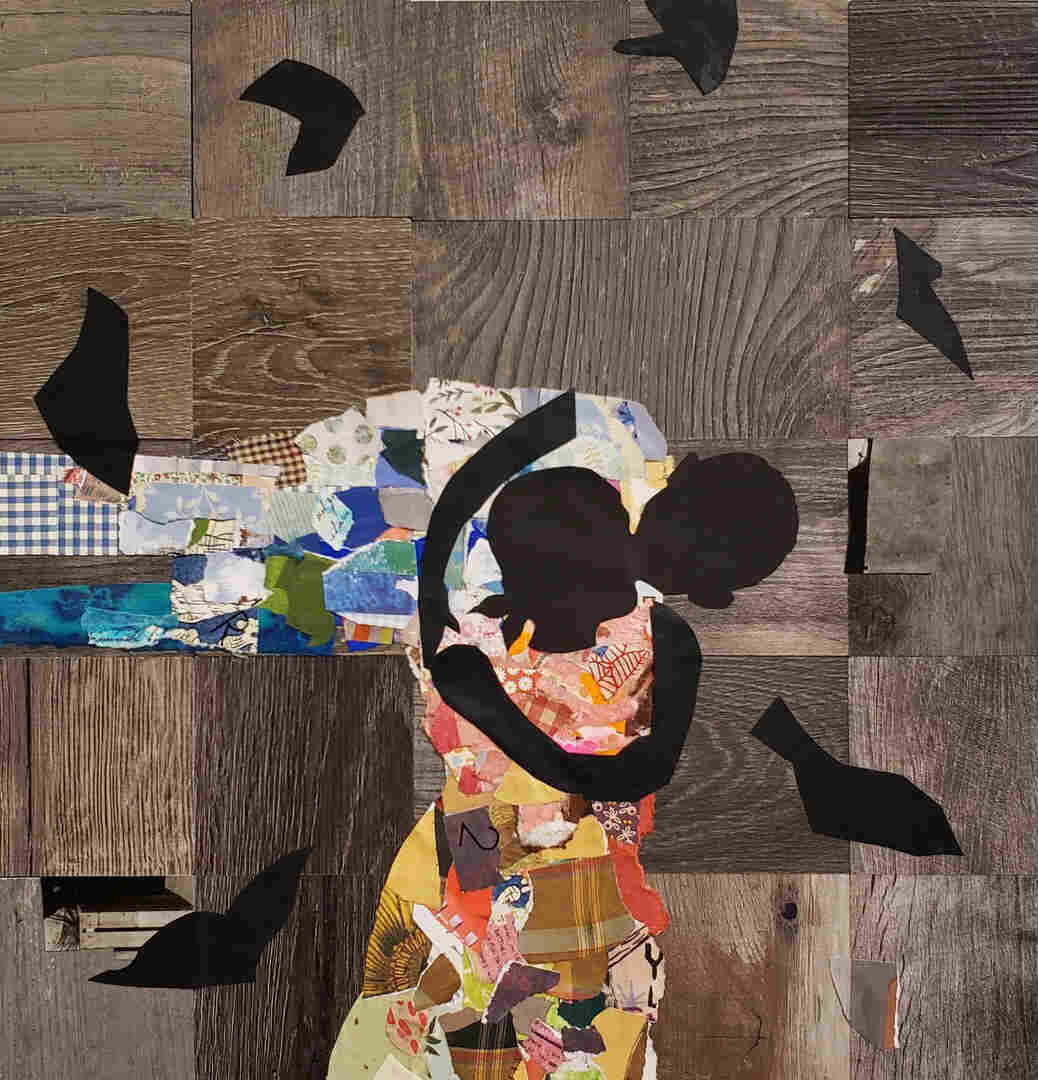