A special exhibition James Bond in Ursern – In the footsteps of Goldfinger has opened its doors in Switzerland.

With this exhibition, the Ursern Valley Museum not only presents unique photos and exhibits to the general public that have never been exhibited before, but also the weekly newsreels that disappeared during the filming Golden finger Alpine succession in Switzerland.

James Bond in Ursern – On the trail of the Goldfinger exhibition

The BP petrol station from the location in Andermatt is seen here as a 1: 1 model. 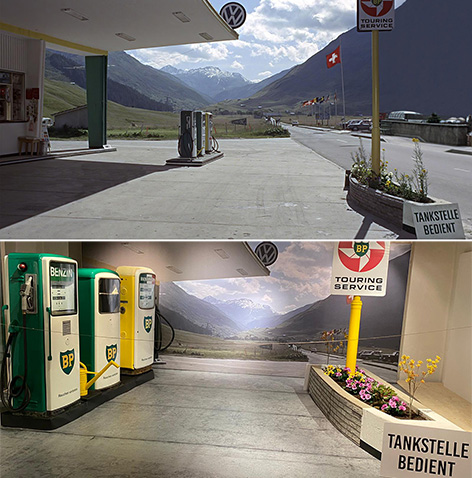 There are also original documents, letters, exhibits and costumes that perfectly round off the exhibition. 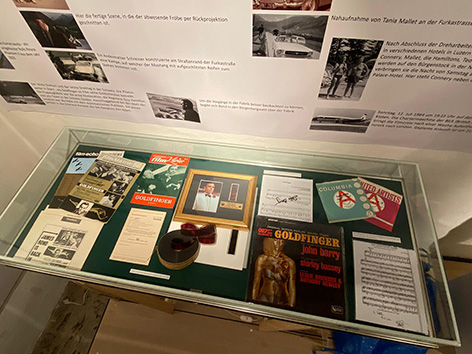 Photos, letters and a lot of background information in the exhibition ‘James Bond in Ursern – In the footsteps of Goldfinger’

The cardigan from Golden finger Director Guy Hamilton is the actual cardigan borrowed from the Hamilton family. 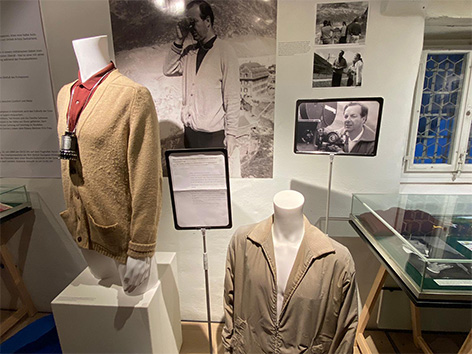 A replica of Sean Connery’s outfit as James Bond was provided to my Mason & Sons. It consists of one Anthony Sinclair Hacking Jacket and Cavalry Twill Pants. You can still find these articles at Mason & Sons (read more). 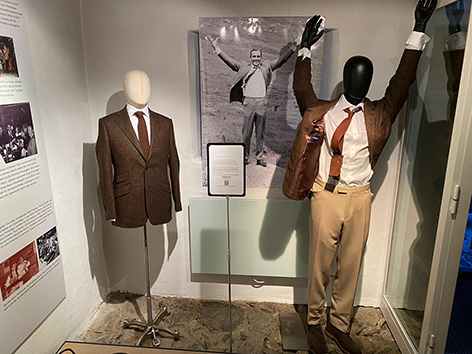 A replica outfit worn by Tania Mallet (Tilly Masterson) with a belt and shirt similar to the one in the movie. 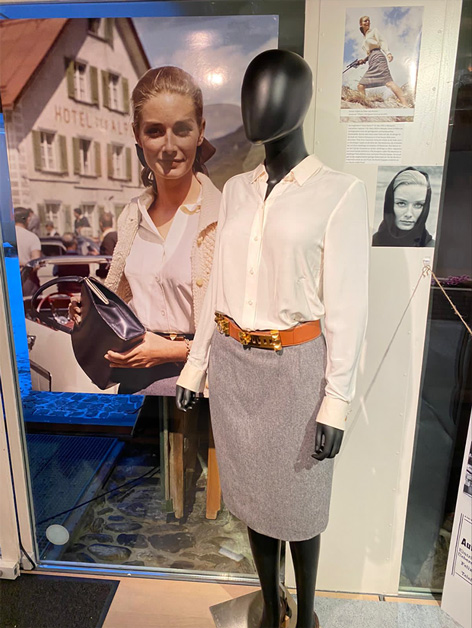 The belt is a Collier de Chien belt from Hermès and she wears a toggle bracelet with a Queen Victoria amulet from Tiffany’s.

An AR-7 rifle, similar to the one used in the film and signed by Tania Mallet, is also on display and is provided by Bond fan Nguyen-Dien Nguyen.

Sean Connery wore Persol 828 sunglasses on the set in Switzerland. Unfortunately, the glasses cannot be seen in the film. A similar couple can be seen at the exhibition. 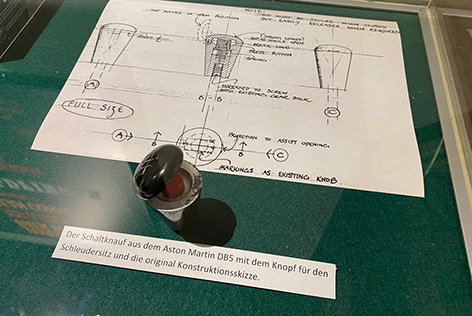 Golden fingerThe third adventure in the Bond film franchise was a game changer in 1964 and sparked a worldwide James Bond fever. The film fit the historical and social realities of the sixties perfectly. The role of Switzerland in the film and the perception of the country in the world at the time were almost synonymous – and that wasn’t exactly positive.

Filming under the conditions prevailing in July 1964 would be unthinkable today for a production of such dimensions. The entire shoot was largely unshielded, took place in public and could be viewed and documented by journalists at will. The hotel staff or local assistants were practically part of the film crew, and tourists who happened to be there kept mingling. 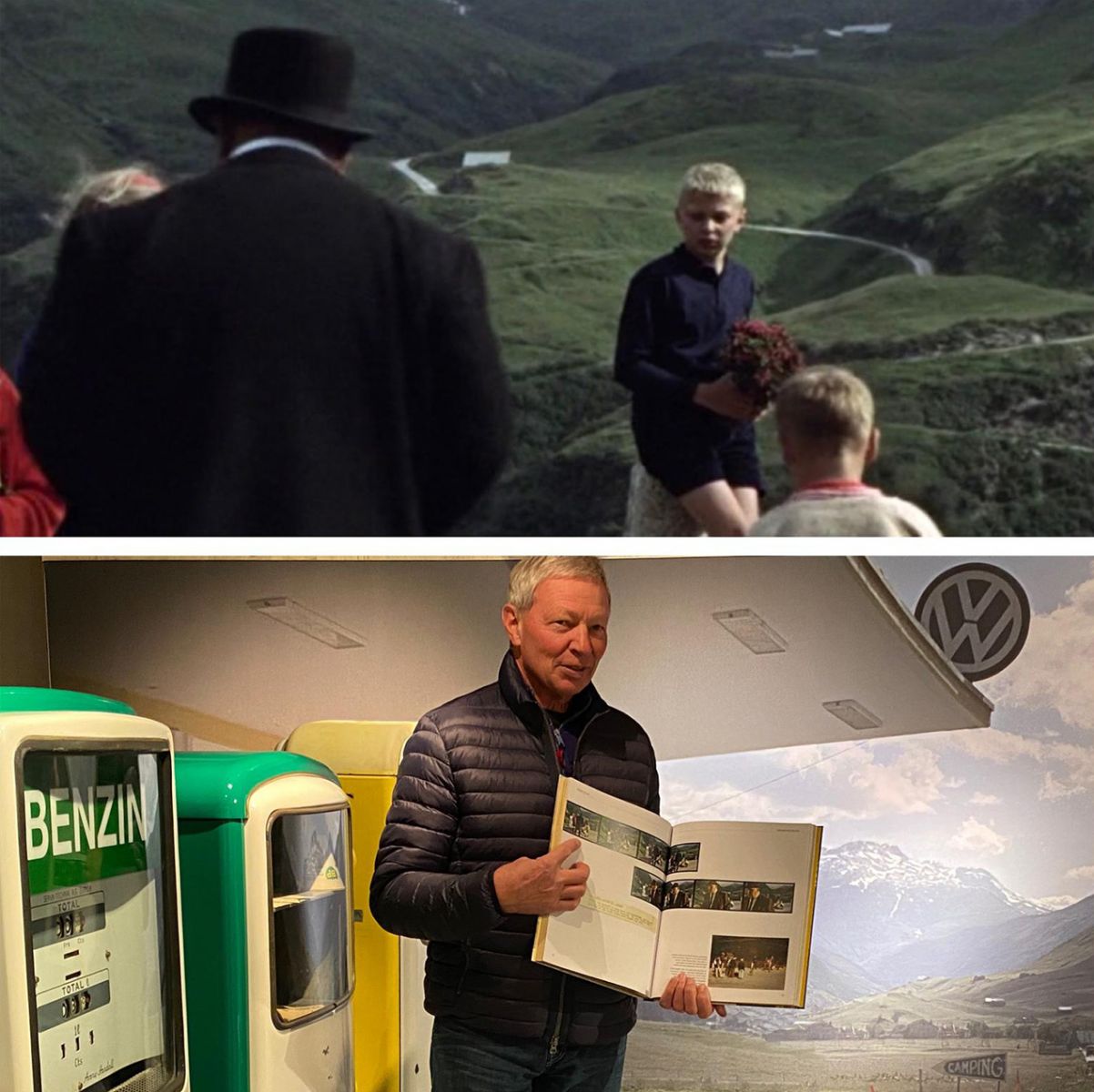 Under these circumstances, a masterpiece of popular culture was created, and it is precisely these circumstances that make this exhibition and the exhibits, film and image materials so special. The Swiss photographer Hans Gerber from Comet-Photo AG Zurich, Josef Ritler from the tabloid Blick and the German film journalist Erich Kocian practically covered the entire eight days with their photographic work. In addition, there are private photos of hotel employees in the accommodation of the film team, which they took as souvenirs and which they are now making available after all this time.

With the help of the book The Goldfinger files – The creation of the legendary Alpine sequence in the James Bond film Goldfinger, by Steffen Appel and Peter Waelty. 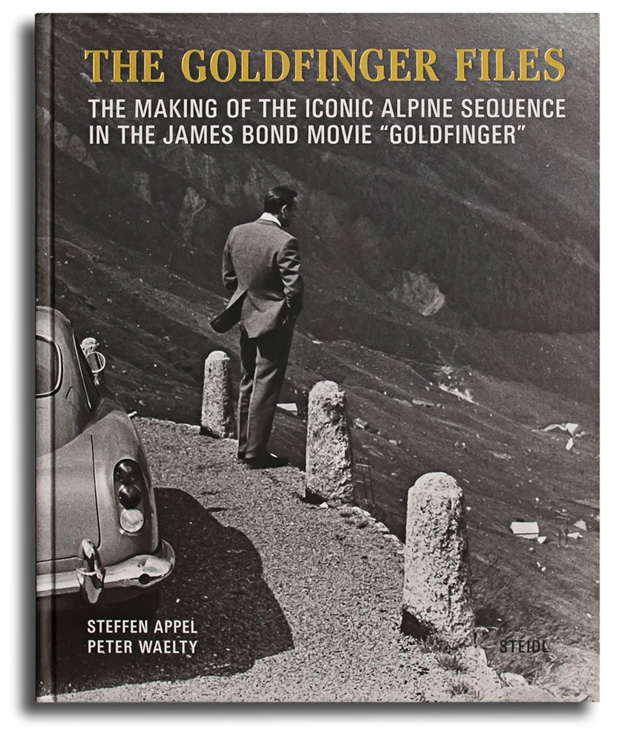