Andy Woodward, Ian Ackley, Paul Stewart, and Dean Radford are some of those who came out to speak about the abuse they suffered as children

A long-awaited report last week on the biggest child abuse scandal in football detailed how the board of directors and individual clubs failed to protect hundreds of boys from pedophile coaches.

The 700-page, four-year Sheldon Review found there were “at least 240 suspects and 692 survivors” – the real number “likely being far higher”.

Since 2016 there have been convictions for abusers such as Barry Bennell, Bob Higgins and George Ormond.

Now in a new one three-part documentary series Beginning on BBC One, Monday March 22nd at 9:00 p.m. GMT, some of these survivors speak heartily about the abuse they suffered as children – and the power to finally speak up. 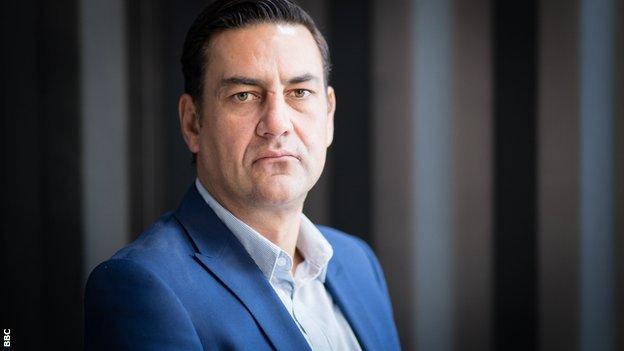 Woodward was abused by Bennell between the ages of 11 and 15 at Crewe Alexandra Academy.

In 2016, at the age of 43, he decided to forego anonymity in an interview with the Guardian and spoke shortly afterwards on the BBC’s Victoria Derbyshire show.

“It’s a dirty secret, but it’s also a hidden secret deep inside you,” Woodward tells the documentary. “It’s like a stutter. Even if you want to say it, there is something in your head that is holding you back. That’s why a lot of people are going to put it in the grave.

“I suffered mentally from what had happened in my life. It was about talking to him [Guardian journalist Daniel Taylor] and see if he knew how to somehow write it down. “

According to Woodward, the plan was to do this anonymously until two days before publication. “I pushed the button,” he recalls. “The relief was unreal. And it made me believe there would be more.”

In the days that followed, several other people gave up anonymity to tell their own stories. An NSPCC hotline set up with the football association for footballers who had experienced sexual abuse received more than 860 calls in the first week.

Andy Woodward talks about being sexually abused by his trainer (WARNING: The video contains content that may be disturbing).

Journalist Victoria Derbyshire describes the implications of this first interview.

“When Andy first came on the program, one of the lyrics we had was from a 13-year-old boy who was preparing to commit suicide. He wrote that he was speaking to someone about Andy. “

All of the men in the film describe the same sense of shame and guilt that kept them from coming forward earlier.

David Eatock, who was molested by George Ormond at Newcastle United, said: “The reason I have never appeared all these years was because I was afraid I would not be believed, that people would think I wanted to.”

Colin Harris, who was molested at Chelsea, describes looking at photos of himself as a child and thinking “you must have earned it”.

Speaking out helped many of these men come to terms with what had happened. In addition, it helped bring about beliefs. For Bennell, that meant he was sentenced to 31 years in prison in 2018 for 50 child sexual abuse cases. Detective Sarah Oliver says in the film that thousands contacted the police.

In court, Woodward told the press, “I hope that I will help so many other people in different walks of life to have the courage to speak up and let go of this terrible feeling we have all suffered for many years.” 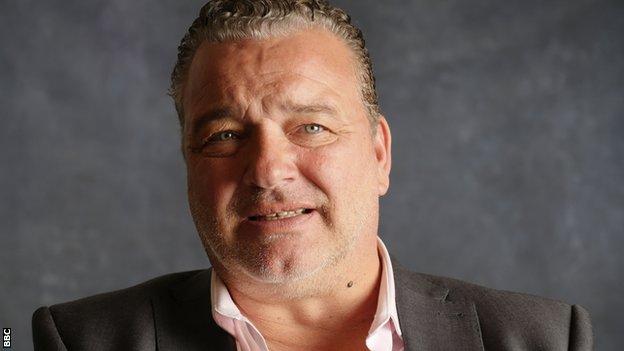 Former Manchester City, Liverpool and England player Paul Stewart was one of the men to speak publicly about his ordeal after Woodward renounced his anonymity. He was abused by youth coach Frank Roper.

“He told me this is what you have to do to make it in football,” says Stewart in the film. He says Roper threatened to kill his parents and brothers if he told anyone.

The experience has given him struggles all his life.

“I’ve had some highs in my career, but I’ve never enjoyed it because I had this empty soul,” he says. “I died inside. I masked it with drinks and drugs.

“I still find it difficult to show affection to my own children, my wife. And I find it uncomfortable when they show me.”

Roper died before he could see justice, but Stewart says he was inspired by Woodward’s story to help others.

“If I can help someone who suffers as much as I do, then it’s worth getting in touch.” 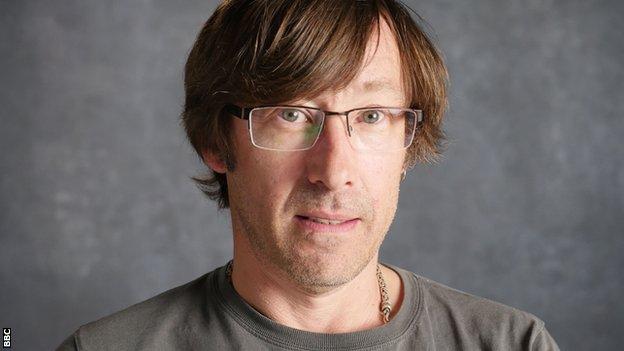 Ian Ackley spoke publicly about Barry Bennell in the 1990s

Ackley was nine years old when he was discovered by Bennell. For over three and a half years, between 1979 and 1983, he estimates that Bennell raped him hundreds of times.

Ackley describes trying to come to terms with abuse as a child.

“I can only describe it as frozen because fighting would only cause more pain and suffering. So it’s better to just get it over with and deal with it.”

Bennell invited young players to stay at his house where he abused them. Ackley describes a terrified culture of silence.

“You’d get up in the morning and say nothing and the other boy wouldn’t say anything and he [Bennell] hopped around merrily. I don’t think I knew any better way to challenge this adult who appeared to be acting like it was normal behavior. “

In 1994 Florida police charged Bennell with sexually assaulting a 13-year-old British boy while on tour.

The prosecution tried to find others who could come forward. Ackley did.

“It just broke my heart,” he says. “Not only did Bennell still do this, but that there was this 13-year-old boy who was brave enough to go about this and yet no one would come and confirm his story.”

Bennell was sentenced to four years in prison in the United States.

After getting in touch, Ackley said he was told his own case would be dealt with next, but “again, they couldn’t find anyone willing to come back and confirm my story”.

In 1997 a Channel 4 Dispatches film called Soccer’s Foul Play was made about abuse in soccer. While others were not ready to speak, Ackley waived his anonymity.

The documentary even examined how elderly people in Manchester City and Crewe Alexandra suspected Bennell but never spoke out.

Chris Muir, former Manchester City director, said Bennell was seen in the world of football “as someone who was wrong” but was allowed to go on “because he made the goods”.

However, Ackley was disappointed with the reception from the press, public and authorities.

“There was no media storm, there was nothing. So I had told all these people for absolutely nothing. Friends didn’t know how to react. Strangers made comments on the street,” he says.

Sheldon’s review found that following high-profile convictions of child sexual abusers from the summer of 1995 to May 2000, the FA “could and should have done more to keep children safe”. Two of the most notorious child sex abuse perpetrators, Bennell and Bob Higgins, failed to get involved in football. 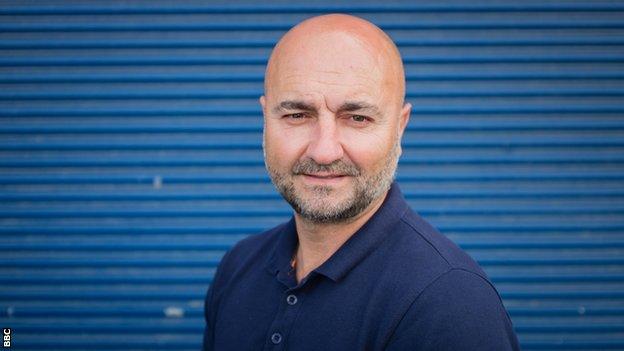 Dean Radford warned Southampton about Higgins in the 1990s

Radford was abused by Bob Higgins as a youth player from Southampton from the age of 13.

In the film, he describes the dangerous consideration that Higgins had with Saints at the time.

“It was like a cult and he was the messiah,” he says.

The terrifying archive footage shows boys singing his name, and the film describes how Higgins even cared for children to write him love letters.

Radford describes how as a child he felt confused and wanted to win Higgins’ affection. Many other men share very similar experiences of grooming in the film.

“One morning he pulled me in. I just pulled my head away,” says Radford. “The next morning he didn’t speak to me, dropped me off the team and wanted to let me go.”

Radford entrusted the former youth team manager Dave Merrington. The film explains that when Merrington was confronted with Higgins, he became aggressive and resigned shortly afterwards.

Radford then spoke to the police and in 1991, at the age of 21, Radford and six other people brought cases against Higgins. The judge decided to split this into six individual cases. Radfords was tried first and Higgins was found not guilty. Subsequently, the other five cases were not tried.

Radford said he only recently learned that the other cases haven’t even been brought to justice. “I was the lamb to be slaughtered,” he says.

After that, Higgins was allowed to continue working as a football coach.

Dion Raitt, who was molested by Higgins in Peterborough in the mid-1990s, says: “If they had got their justice the first time, I would not have even met him.”

Like Ackley, Radford renounced anonymity in 1997 to speak publicly about broadcasts in hopes that it would lead to his day in court. Like Ackley, he was frustrated that nothing had been done yet.

After seeing Woodward speak, Woodford also participated in the Victoria Derbyshire Program in 2016. A number of other men came forward and Higgins was brought to justice. After a trial and retrial, Higgins was finally found guilty of 45 sexual abuse against 24 boys and sentenced to 24 years in prison.

Move Over, Bitcoin: NFTs Are The Latest Crypto Craze