House prosecutors to wrap up arguments 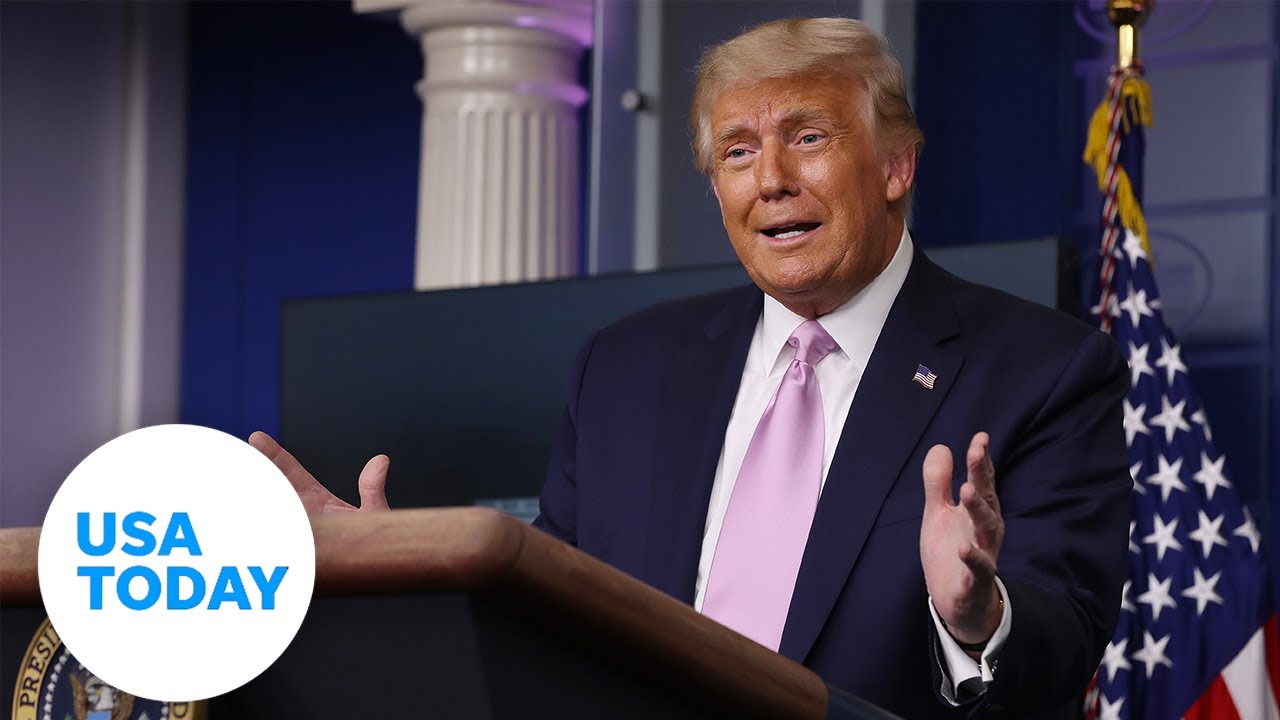 One of former President Donald Trump’s defense lawyers at his Senate impeachment trial, David Schoen, said House Democrats are presenting their case as “an entertainment package” and called their case “offensive.”

In an interview on Fox News on Thursday, he said Trump’s defense team will in part focus on the “hypocrisy” of the House Democrats’ case.

Schoen insisted Trump does not want to be associated with the breach on Jan. 6 and that senators will get “a much better picture of what’s going on here” when their team presents, starting Friday.

As part of their closing argument, Democratic managers tried to portray former President Donald Trump as someone who not only invited the protestors to invade the Capitol on Jan. 6 but never showed remorse for egging the crowd on.

In fact, Rep. Ted Lieu, D-Calif., cited how Trump tweeted a video during the riot in which he said while protestors should go home, they were “very special people.”

“This is not a man who showed remorse,” Lieu told the senators.

Lieu said Trump has had ample opportunity to not only condemn his supporters’ acts on Jan. 6 but to prevent future violence. Even in a Jan. 13 video where Trump spoke from the White House to condemn the attack, the president never expressed remorse.

“He doesn’t say in that video, for example ‘Everything I said went too far,’ And he does not say the one sentence that matters, the one sentence that would prevent future political violence: ‘The election was not stolen,’” Lieu told the senators. “He still has not said that sentence. That is why National Guard troops in full body armor still patrol outside.”

Rep. Jamie Raskin, the lead House prosecutor in the Senate impeachment trial of former President Donald Trump, said Thursday the Jan. 6 Capitol riot was “not the first time Trump enflamed a mob,” referring to other times the former president appeared to sympathize with violent tactics.

Raskin, D-Md., played videos of Trump at several rallies to prove his point.

He highlighted incidents at campaign rallies from 2015 and 2016, including Trump praising a Republican candidate who assaulted a journalist, and his claim there were “very fine people on both sides” after the deadly Charlottesville clashes between counter-protesters and white nationalists.

“These tactics were road tested. Jan. 6 was a culmination of the president’s actions, not an aberration from them. The insurrection was the most violent and dangerous episode so far in Donald Trump’s continuing pattern and practice of inciting violence,” Raskin said.

Raskin added that the attackers in Michigan were “emboldened by his praise and his encouragement and support.”

Rep. Diana DeGette: ‘The president told them to be there’

“Who sent them here?” DeGette asked. “I want to step back from the horrors of the attack itself and look at Jan. 6 from a totally different perspective, the perspective of the insurrectionists themselves.”

House Democratic prosecutors, known as managers, expect to finish their arguments Thursday in the Senate impeachment trial of Trump, who is charged with inciting the violence on Jan. 6.

Rioters said at the time and in later statements to authorities that they had come to the Capitol at Trump’s invitation.

“Their own statements before, during and after the attack make clear the attack was done for Donald Trump, at his instructions and to fulfill his wishes,” DeGette said. “Donald Trump had sent them there.”

“We know that because they said so,” she added. “Folks, this was not a hidden crime. The president told them to be there.”

Trump is charged with inciting the insurrection. But his defense lawyers and Republican senators have said he can’t be blamed for the mob’s actions.

Sen. Lindsey Graham, R-S.C., said Wednesday the Senate impeachment trial of former President Donald Trump was all but over and “the ‘Not Guilty’ vote is growing after today.”

He dismissed Wednesday’s presentation by House managers, which included graphic footage of the breach on the Capitol Jan. 6 and new security camera footage that highlighted the intended violence from the mob, and a few close calls.

Graham claimed he thought “most Republicans found the presentation by the House Managers offensive and absurd.”

However, several GOP senators that spoke about the videos called them “disturbing” and “riveting”.

But Graham told Capitol Hill reporters Wednesday he had spoken to Trump and “reinforced to the president, the case is over. It’s just a matter of getting the final verdict now.”

The House Democratic prosecutors, who are called managers, will finish their opening arguments Thursday and are expected to highlight Trump’s role leading up to the Capitol riots Jan. 6, his lack of action during the breach, and the absence of his remorse.

The managers are anticipated to also highlight legal technical arguments regarding different aspects of the case, including if the president’s words leading up to the insurrection fall under the First Amendment.

But David Schoen, one of Trump’s lawyers, said he didn’t think the team would use their full time. “Hope not,” Schoen said.

Witnesses could greatly extend the length of the trial. But if both sides don’t request witnesses, senators would have up to four hours to pose written questions, which are read by the presiding officer, to both sides.

After questions, each side would have up to two hours for closing arguments.

Sen. Shelley Moore Capito, R-W.Va., said the trial could spill into Sunday. “The last I heard was Saturday, but I’m not sure that’s going to be possible,” Capito said. “I think it may be more like Sunday.”

Biden says trial videos may have changed some minds

President Joe Biden, who has avoided commenting on the impeachment trial of his predecessor, weighed in Thursday when asked whether he’d seen graphic videos of the Jan. 6 riots shown publicly for the first time during Wednesday’s proceedings.

Biden said he didn’t watch the trial as it was happening but saw news coverage of it after working all day on other issues.

“My guess is some minds may have been changed,” Biden told reporters before an Oval Office meeting with lawmakers about infrastructure. “But I don’t

Biden has maintained a busy schedule aimed in part at sending the message that he is not letting the Senate impeachment trial of former President Donald Trump distract him from working on the pandemic and other pressing issues.

“I’m focused on my job … to deal with the promises I made. And we all know we have to move on,” Biden said.

Prosecutors to argue Trump showed no remorse during riots

House prosecutors will end their opening arguments in the Senate impeachment trial of former President Donald Trump by trying to show how Trump failed to act as the Capitol riots grew worse and that his actions have done lasting harm to the United States.

House Democrats prosecuting the case, known as managers, will argue Thursday that Trump failed to take action to quell the violence and showed no remorse as the horrific events unfolded, according to aides.

The managers will also argue that Trump’s actions harmed the country beyond the immediate violence of that day, according to aides. In their written brief, managers said Trump harmed national security because rioters gained access to sensitive documents and stole a laptop from House Speaker Nancy Pelosi’s office. The brief also argued that Trump emboldened violent extremists.

Capitol security footage:Harrowing new footage shows how close the mob got to Pence, Congress and staff during Jan. 6 assault

Heads in hands, a whisper, a sigh:Senators react as violent footage of Capitol riot plays at Trump impeachment trial

The presentation follows Wednesday arguments where managers played video – some of it from security cameras or police body cameras that had never been seen before – to document the violence of rioters brawling with police and occupying the Senate chamber. Rioters rampaged through the building searching for Vice President Mike Pence and House Speaker Nancy Pelosi.

Trump’s defense team and Republican senators have agreed that the riot was repugnant and horrific, but argued that Trump can’t be held responsible for the mob’s actions. The lawyers contend Trump’s speech to the crowd before it marched on the Capitol is protected by the First Amendment.

The video clips – some of it security footage that hadn’t been released before – were a pivotal part of prosecutors’ efforts Wednesday to connect the violence of the Capitol riots to the words and actions of Trump, who is charged with inciting the insurrection Jan. 6.

House Democratic prosecutors, known as managers, interspersed the videos into hours of presentations in which they described how Trump baselessly attacked the outcome of the 2020 election, called supporters to Washington to protest the Jan. 6 counting of electoral votes, then delayed action as his supporters broke into the Capitol in a deadly riot.

Capitol riot footage:Harrowing new footage shows how close the mob got to Pence, Congress and staff during Jan. 6 assault

Heads in hands, a whisper, a sigh:Senators react as violent footage of Capitol riot plays at Trump impeachment trial

Among the more arresting moments captured on camera were Pence and his family being ushered to safety as the mob breached the Capitol, Sen. Mitt Romney being redirected to a safer location by a vigilant police officer and House Speaker Nancy Pelosi’s staff barricading themselves inside an office before the rioters invaded.

Five people died in the melee, including a police officer hit with a fire extinguisher and a woman shot by an officer outside the House chamber. Other officers were beaten, had their eyes gouged and one officer lost three fingers.

“Donald Trump for months and months assembled the tinder, the kindling, threw on fuel to have his supporters believe that the only way their victory would be lost was if it was stolen,” Swalwell said. “Instead of accepting the results, he told his base more lies. He doused the flames with kerosene.”

The nine managers will resume their arguments at noon in their final day of opening arguments. Managers said Wednesday they thought their evidence was compelling enough to convince more Senate Republicans to vote to convict Trump on the impeachment charge.

But a two-thirds majority of the Senate is required for conviction, which would require at least 17 Republicans joining the 50 lawmakers who caucus with Democrats.

After House managers finish, Trump’s defense team led by Bruce Castor Jr. and David Schoen will have up to 16 hours over two days to make their arguments. Castor said the videos were powerful, but he hadn’t heard the violence connected to Trump

“We know a mob breached the Capitol and wreaked havoc in the building,” Castor said. “I’m waiting for them to connect that up to President Trump and so far that hasn’t happened.”

Grated Tofu – How to Grate Firm and Extra-Firm Tofu on a Box Grater for Fast, Flavorful Tofu