How Education Has Changed In The Year of COVID-19 : NPR 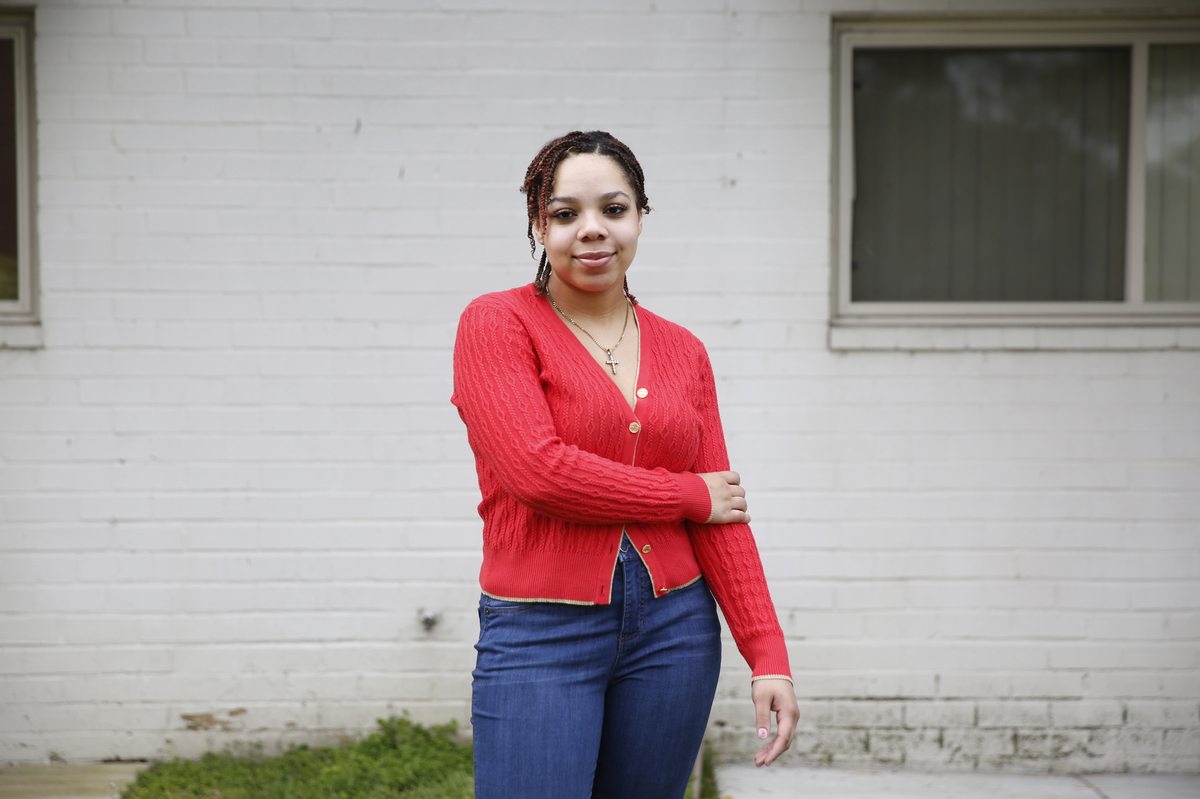 Almost exactly a year ago, the pandemic caused a cascade of school and university closings, sending 9 out of 10 students home as the coronavirus raced through the US and the rest of the world.

By Labor Day, 62% of US students were still learning virtually, according to the Burbio organization. That number fell significantly in the fall and rose in the winter as COVID-19 rose. And today, almost every fourth public student visits a district in which not a single day has been learned personally.

Universities have also experienced widespread disruptions: in the fall, only about 20% of four-year universities offered personal lessons. And while that number has increased a bit for the spring semester, most college students – even if they live on campus – take virtual classes.

In our coverage of the past year, we spoke to hundreds of students and professors as well as parents and teachers about the massive disruptions to their learning, their careers and their lives. This week we got back to three of them – a teacher, a student, and a parent – to find out what they think and what they need now. Here are their stories:

Robin Nelson is a first grade teacher in Jacksonville, Florida. In March 2020, shortly after school finished, she burst into tears when she told us how much she missed her students: “I had a little girl and her family who live in the neighborhood, drive by, and she has few love notes and leave pictures on my doorstep. ”

For Nelson, the breakup was heartbreaking: “You are not a teacher if you cannot be with your children. Computers are not children. You are not your teacher.”

Florida has been one of the most aggressive major states when it comes to reopening a personal school. On October 1, Nelson was back in the Ortega Elementary School classroom.

Since reopening, the school has tried hard to follow CDC guidelines: your students, all in masks, have an empty desk between them. Lunch takes place in the classroom. Students watch a Disney movie to avoid too much conversation. Everyone who walks in the door is given a pump of hand sanitizer and a selection of COVID-safe greetings – like tapping your toes or poking your hip.

Despite the social distancing, Nelson says, “I’m just so happy to have it in my hands. Computer lessons aren’t the same. It’s just not like that.”

Their school is small and tightly connected, and there have been no outbreaks. But not everything is back to normal. Some of her students have missed quarantine for weeks because their families work on the front lines.

The lost learning time adds up. Especially, she says, with students who are still struggling to catch up with the year before. “They haven’t learned what they need to get into first grade. And when they are more behind, they are even more behind. So there is definitely this loss of learning.”

She says that despite the disruption, her district hasn’t officially changed its student performance goals from previous years. The state is running tests over the next month as the Biden government requires the states to do. Nelson says teachers need to find a balance when it comes to catching up with expectations.

“If you push too hard, the kids will tune out because they can’t. But if you act sluggish, they won’t try to get up on any occasion.”

Despite these tensions, there is one big bright spot the day we chat: She has just received her first dose of a coronavirus vaccine.

The end of the high school year didn’t go exactly as Alexis Jones had planned. Everything was online – including their AP exams. And instead of a spacious school surrounded by friends and teachers, she studied and took classes in her father’s cramped two-bedroom apartment in Washington, DC

Alexis is a top student with a passion for art and social justice. But even dreaming of college, which usually brought comfort and joy, was nerve-wracking: “It’s strange to think of college when other things are going on that threaten people’s health,” she told us in March last year . “Maybe I need to rethink my plans, or I hate to say I won’t go to college next year. But I just have to play it by ear. I think.”

When we spoke to her again in late April, she had some big news: She had volunteered at Cornell University in Ithaca, NY. She had dreamed of California, but with the pandemic, she wanted a place her father could go in case he had to pick her up in an emergency.

By May, the joy of going to an Ivy League school was overshadowed by the uncertainty of the pandemic: “I don’t know how to feel because I don’t know if I’ll be going right away in the fall, but I always am still excited. “

But Cornell was among the roughly 20% of colleges that opened in person with regular weekly tests. Jones had never attended school before and says she will always remember the first thing she did when she finally arrived: take a COVID-19 test.

“I was tested. I got my ID. I got mine [dorm] Keys, “she said. Due to pandemic protocols restricting access to the building, she carried all of her belongings alone into her room. She decorated her new home – a double room all to herself – and settled down.

In the fall she had some personal classes. Even though everyone was six feet apart and wearing masks, she said it really felt like college, with discussions and interactions. This semester all classes are online, which means she doesn’t even have to leave her room except to get food.

It’s not ideal, but it’s what she has – and she says she’ll thrive. This week started with a meeting about Zoom with her Japanese language professor.

Jones says that in high school she would spend her free time doing art or reading books. So the stunted social life on campus wasn’t really a problem. “I’m not like a social, social, social person,” she says.

She made a few friends through social media and study groups. She has yet to go to a college party (which she was looking forward to even though she is not a “party girl”).

One of the social highlights is getting a few people into their room. But that is also associated with COVID stress.

“I still think it’s a risk,” she says. “You know, I let my friends, new friends into my room. As if I don’t know these people. I don’t know where they have been.”

In retrospect, she’s glad she ended up on a campus that invested in testing to make it possible to be personal.

And she’s hoping that one day she can go to that big college party. “I know I didn’t have the typical freshman experience,” she says, “but luckily I’m a freshman so I have three years before I graduate to see what college really is is. “

And while she looks forward to the social, she says she is really here to learn, grow, and graduate.

Kendra Mendoza lives in Providence, RI with her two children, both teenagers. She is a single parent and works long hours as a home nurse. 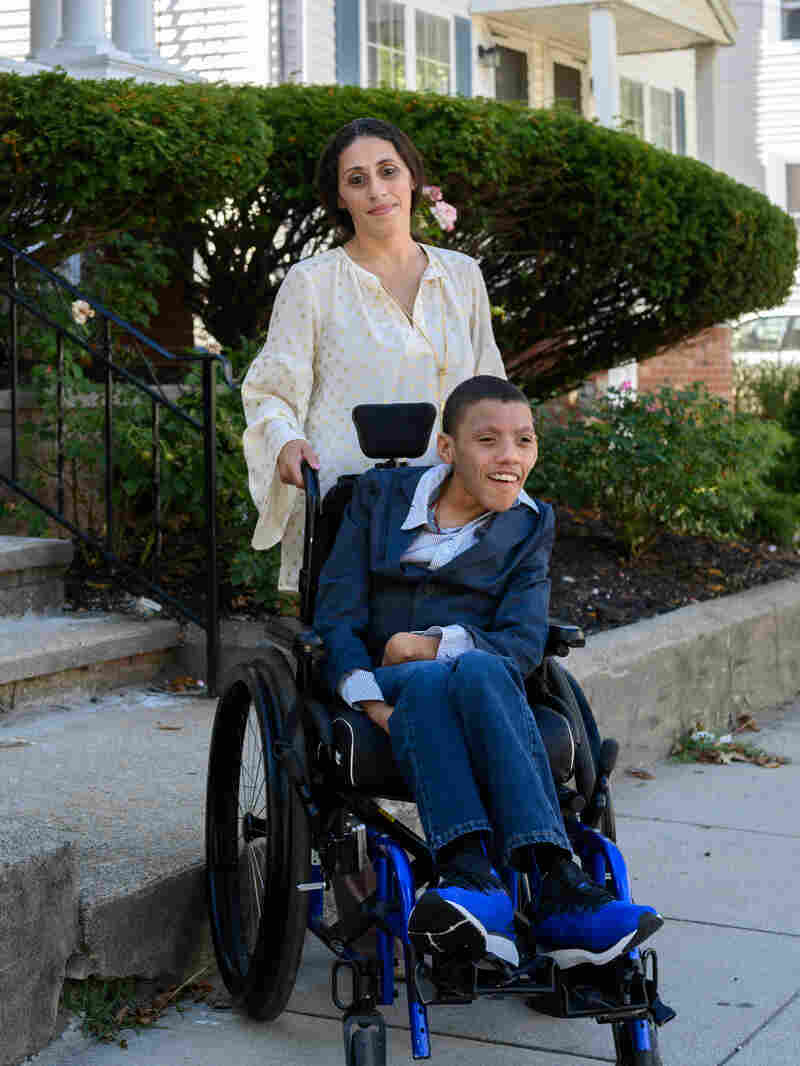 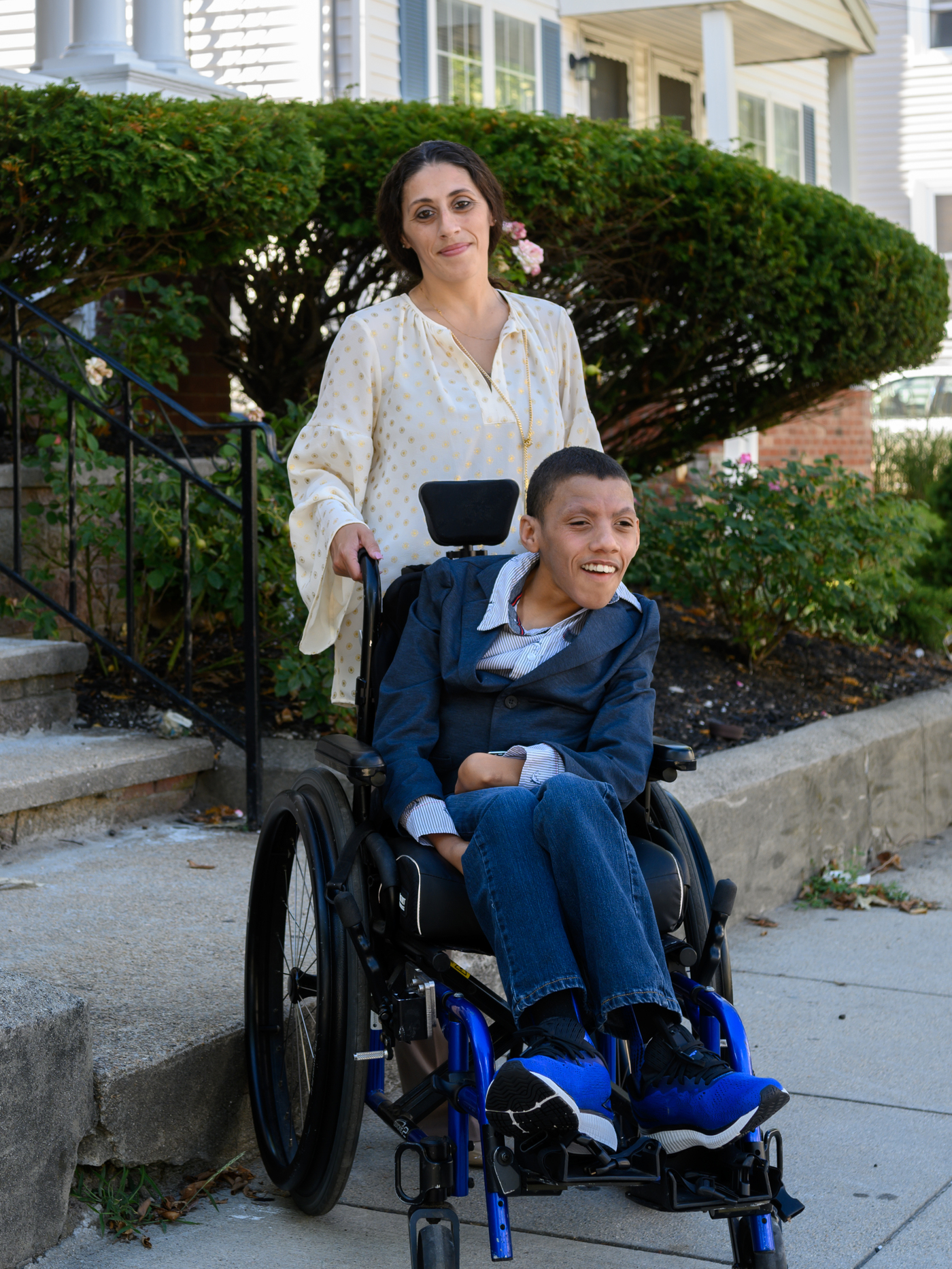 During our first interview in August, she was very open about the challenges she was facing in the pandemic and even laughed at it: “I have a lot to say, a lot of opinions, and I have no answers.” ”

Mendoza’s 17-year-old son Joshua has cerebral palsy and a number of medical conditions that put him in a wheelchair and affect his health.

Mendoza said in August that all of Joshua’s therapies had been stopped because of the pandemic, but she was recently told he could go back to school in the fall. At the time she was struggling to send him. She then became concerned that if he contracted COVID-19, her son might die from the physical problems.

It’s now six months later and we recently met Kendra Mendoza on a Saturday morning Zoom call. The laughter was still there, but Mendoza said life had become more difficult.

Her rent has risen and although she pays her bills on time, her water was turned off for two weeks in December. However, her focus is on Joshua. After we talked in August, she decided to keep him at home. Coronavirus was just too scary.

But it doesn’t quite work anymore. Usually her son is very social, “makes all kinds of jokes and noises and tries to have conversations. He’s just so sociable and happy. He loves music.”

But he hasn’t been in school for a year, she says, and Joshua has become increasingly lonely.

He misses his best friend Kobe, who also has special needs. So recently Mendoza was thinking maybe it is time for Joshua to go back to school.

But when she asked him: What do you want?

To her surprise, he said, he wants to stay home. Like so many parents, Mendoza has fought hard for a sense of control over this pandemic.

It’s time, she says, that Joshua “can choose his luck” – and that she is less worried.