“I loved you before I met you. Before I held you in my arms, I sang you from the stars.” 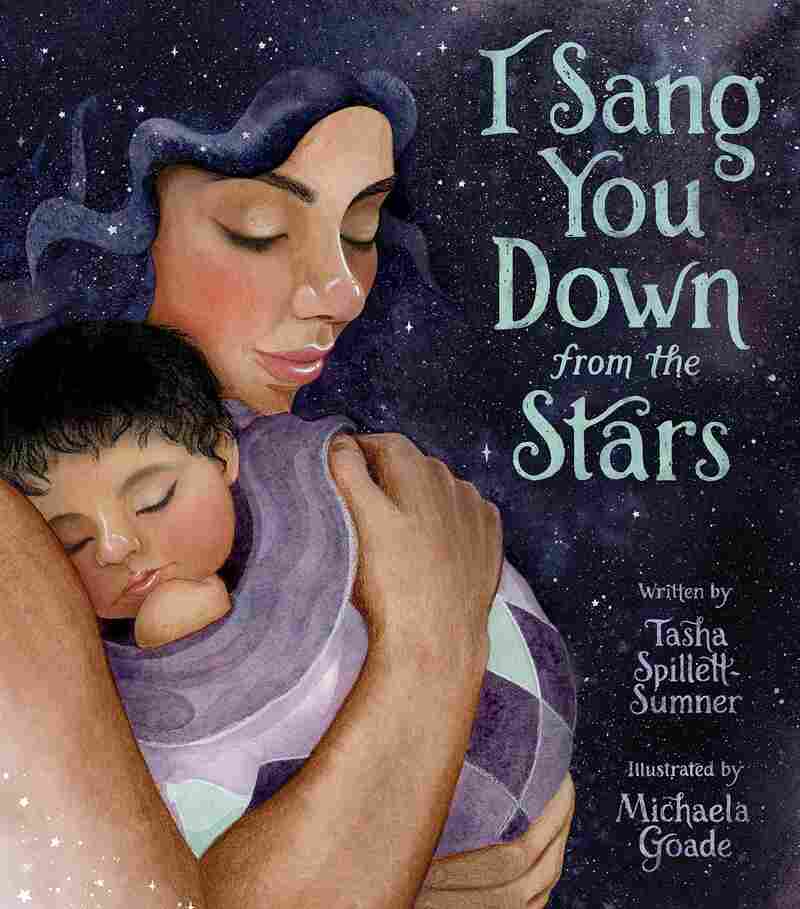 With these opening lines, children’s book author Tasha Spillett-Sumner follows an expectant mother who prepares for the arrival of her child by following the rites of her indigenous heritage. She gathers sacred elements from the earth into a bundle for her baby and whispers her ancestors’ prayers for protection. The beautiful tapestry-like illustrations in the book illustrate motherhood in the Cree culture.

Artist Michela Goade, who has Tlingit heritage and just won a Caldecott Medal earlier this year, is the illustrator of I Sang You Down from the Stars. She says she was drawn to the story because she focused on preparing the woman before becoming a mother. “And it’s the kind of magical journey she goes through when she realizes she’s pregnant while preparing for this child, and then she welcomes the child into the world. And then with the author, with Tasha Spillett -Sumner’s Cree Weltanschauung, there is a really beautiful, unique quality lends itself to the story. “

Where she found inspiration

This book focused on topics that I often examine in my own work to find out how important land is for identity and love for land and how it connects us with our indigenous cultures. And so I relied on it to give the story authenticity from the start. And I wanted to anchor the visual story as much as possible in Tasha’s world. She was pregnant at the time. You know, she greeted her baby Isabella around the time I was finishing the book. And so I looked at her and her life and culture as much as I could. And I really wanted the story to have that intimate, delicate quality that the lyrics already had. And so I thought honoring her that way would only add some extra magic to the book. 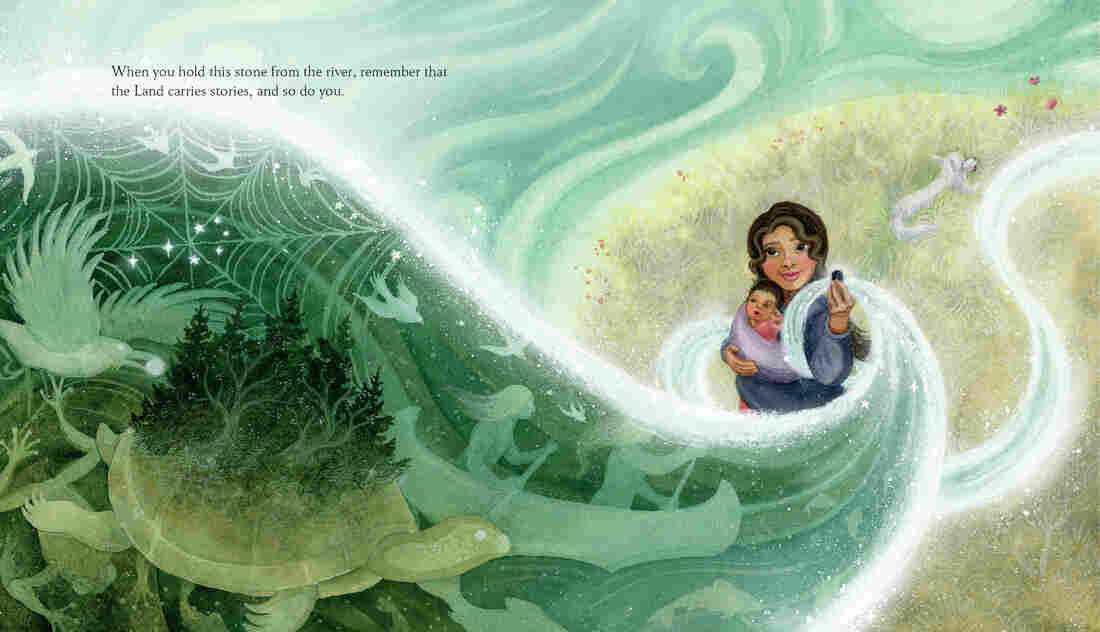 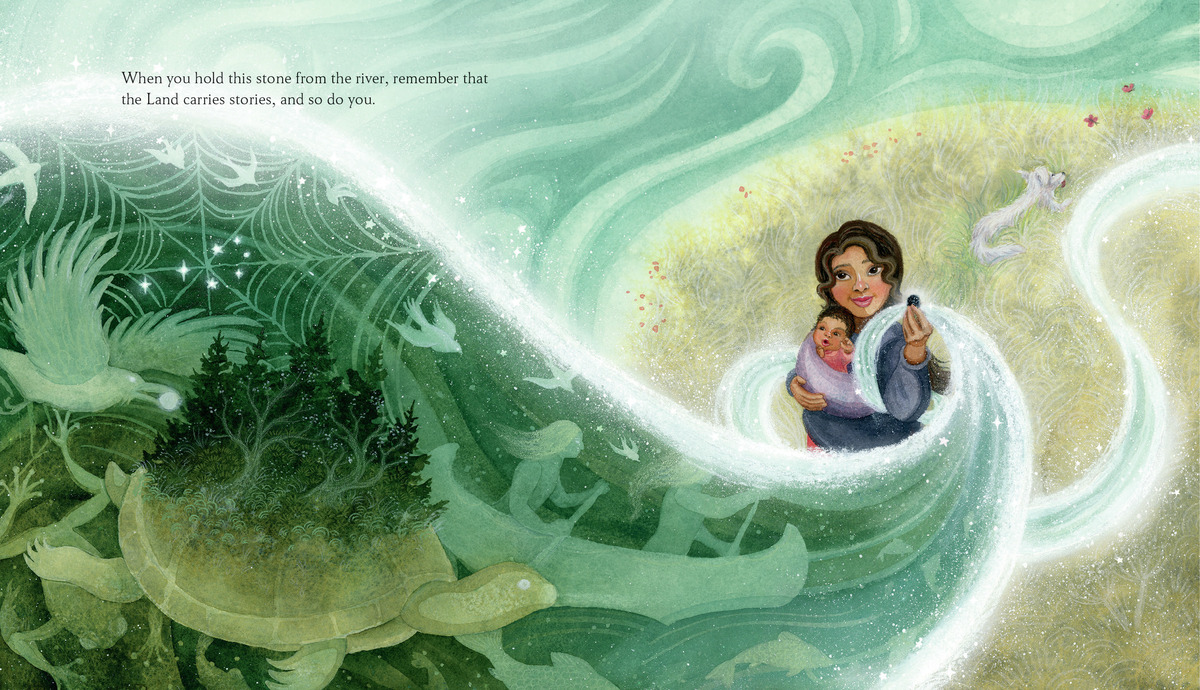 The book is somehow separated into what I considered rather to be the gathering and arranging of the sacred bundle for the baby. And once the baby arrives, the book deals with the gift of these items. And so there was an interesting visual setup between collecting and giving. And so every giving and collecting spread thematically through colors and pictures. And then I think it just came to the Swoosh when that particular river stone was spreading, when Tasha says the land has stories, and so do you. And one way to communicate that this is the stone, that little stone that held all of these stories, was to create that kind of dreamy swoosh that contained symbolism and imagery from the traditional stories of Cree and Tlingit. And I think people from the culture can look at that and identify things. And even if you find yourself outside of cultures, you can tell that there is a sense of power and gravity within this swoosh.

About the relationship between the past and the present

You know, it really is a powerful thing. I think Tasha talks about it in the book, in the background thing where the woman, the mother collects these items and gives them to her child. But then, when the baby arrives, it learns that the baby is essentially its own sacred object, its own sacred bundle itself. For in this child lie the hopes and dreams of culture and the continuation of traditions and the connection to all, that come before you. And I really just loved this essence or this idea of ​​the generation, the power of this transmission of generational wisdom. And I think this swoosh also helped us visualize the circle coming full circle, and past is our present is our future, and I’m just trying to communicate as much of all of these big ideas as possible in this children’s book.

This story was edited for radio by Kitty Eisele, produced by Andrew Craig and adapted for the web by Petra Mayer