Pope Francis speaks before handing over his blessing for Urbi and Orbi after celebrating Easter Mass in St. Peter’s Basilica in the Vatican on Sunday. Filippo Monteforte / POOL / AFP via Getty Images Hide caption 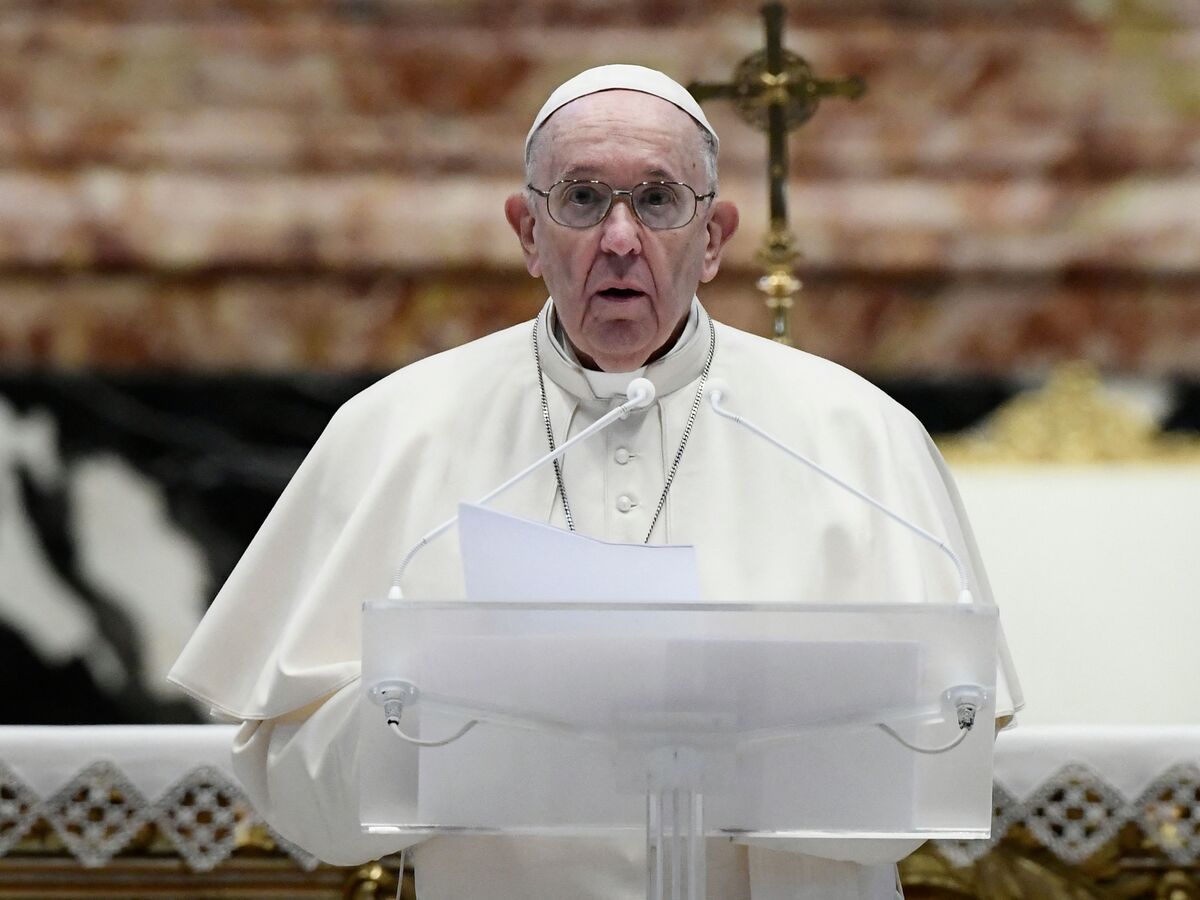 Pope Francis speaks before handing over his blessing for Urbi and Orbi after celebrating Easter Mass in St. Peter’s Basilica in the Vatican on Sunday.

For the second year in a row Since the outbreak of the pandemic, Pope Francis gave an Easter blessing and a speech in a reduced ceremony on Sunday.

During the event, which took place in St. Peter’s Basilica with significantly fewer participants than before the pandemic, the Pope repeated his appeal broad access to COVID-19 vaccines worldwide.

“Everyone needs support and has the right to access essential care,” said Francis. “This is even more evident in these times when we are all called to fight the pandemic and vaccines are an essential tool in that fight.”

He added that the vaccines and their distribution should be international and spread in the poorest countries.

Francis also greatly expanded his support for young protesters in Myanmarwho opposed the military coup in increasingly deadly demonstrations, and he called for an end to the conflicts in Yemen and Syria.

“May all those involved work effectively to end conflicts and enable war-weary peoples to live a peaceful life,” he said.

On Saturday the Pope spoke at an Easter Vigil. The event itself was limited to 200 masked people to further promote social distancing restrictions.

Francis comforted attendees amid the pandemic. While the vigil usually lasts hours into the night, according to the curfew, the event started early at 10 p.m. in Italy.

“In these dark months of the pandemic, let’s listen to the risen Lord who invites us to start over and never lose hope,” said the Pope.

How an NCAA Basketball Team Relinquished Its Season