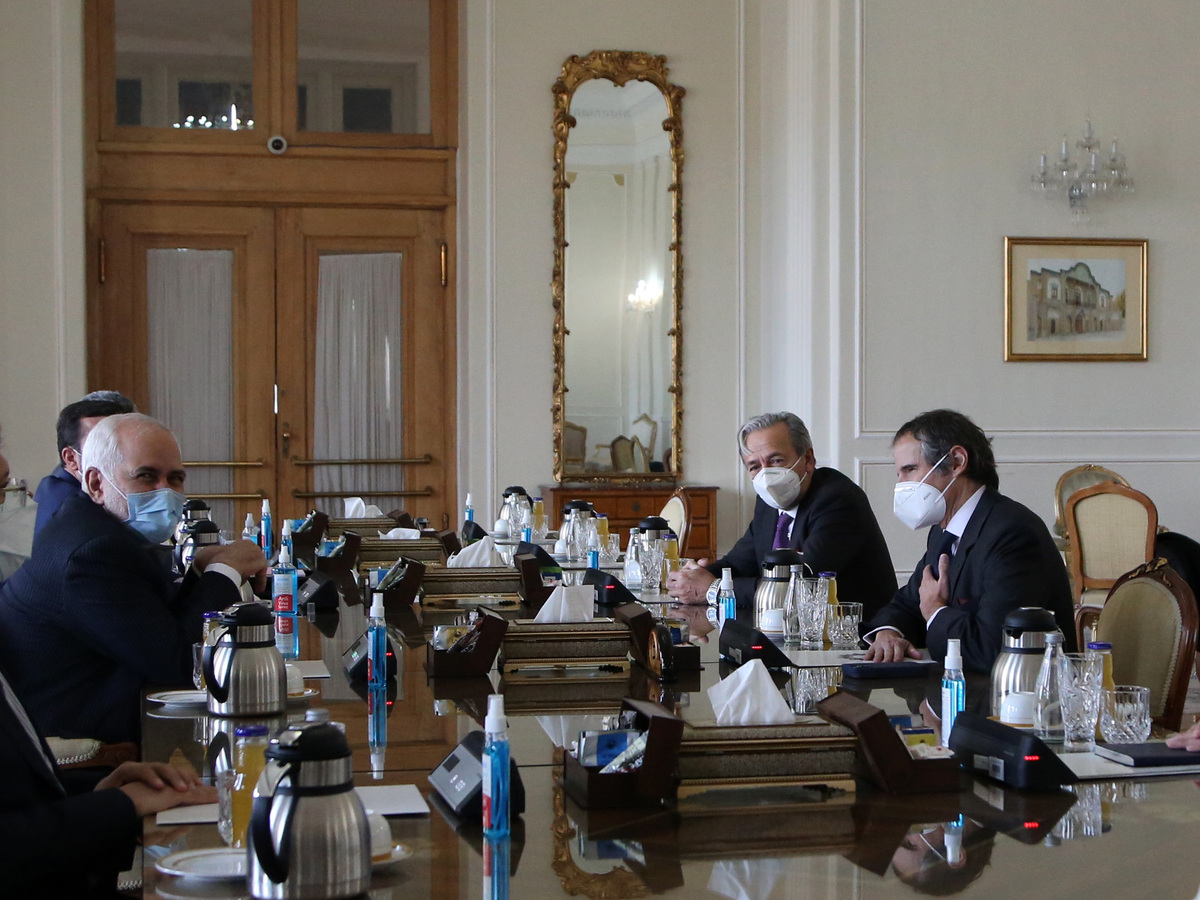 The Director General of the International Atomic Energy Agency (IAEA) Rafael Mariano Grossi will meet with the Iranian Foreign Minister Mohammad Javad Zarif at the weekend.

ISTANBUL – Following a weekend visit by Rafael Grossi, Director General of the International Atomic Energy Agency (IAEA) to Tehran, the agency and Iran announced their agreement to continue some screening activities in the immediate future.

Iran had previously announced that it would suspend rapid inspections by IAEA inspectors from Tuesday, February 23. Such unscheduled visits have been viewed by some as an effective means of verifying that Iran is not pursuing a secret nuclear weapons program.

This announcement prompted Grossi’s visit on Saturday. After the trip, he tweeted: “Intensive consultations produced good results.” The IAEA chief and the head of the Iranian Atomic Energy Agency (AEOI), Ali-Akbar Salehi, published a joint statement on the agreement.

Tehran insists that it has no interest in acquiring nuclear weapons. Critics point to evidence of an earlier weapons program and want to severely restrict Iran’s ability to enrich uranium. Low enriched uranium can be used as fuel for a nuclear power plant to generate electricity. When enriched to 90% purity, it is suitable for a nuclear warhead.

The Iranian parliament passed laws requiring the AEOI to violate the provisions of the 2015 nuclear deal and re-impose sanctions in response to former President Donald Trump’s 2018 withdrawal from the deal. The sanctions have harmed the Iranian economy but have had no discernible impact on Iran’s behavior in the region or the development of its ballistic missile program – two things critics say the nuclear deal has not been addressed.

President Biden has said he is ready to talk about how the US and Iran could get back to full compliance with the deal, but Iran must act first. Iranian officials say Washington has it backwards – first the US must rejoin the agreement and unconditionally lift all sanctions, then Iran will return to compliance. Iranian leaders have also said they want to “check” that the US has taken all the promised steps and that the sanctions will be lifted completely before they return to respecting the agreement. It’s not clear what this review would mean or how long it could take.

After returning to Vienna, Grossi told reporters that the new regime would mean “less access” for IAEA inspectors and that there would be “things we will lose”. Separately, Iranian Foreign Minister Mohammad Javad-Zarif said the restricted access would include the IAEA not being able to access footage from the cameras it has installed at Iranian nuclear sites.

How real Americans are living the ‘Nomadland’ life