A Walther P5 by Sean Connery and a Walther P99 and Smith & Wesson .38 by Pierce Brosnan will be offered at Julien’s Auction in April 2021.

The HOLLYWOOD SCI-FI, ACTION, FANTASY AND MORE AUCTION features over 800 movie props and will take place on Wednesday, April 28 and Thursday, April 29, 2021 at Julien’s auctions in Beverly Hills and live online at juliensauctions.com.

On offer is an original semi-automatic 9mm hero pistol Walther P5 with serial number 001482, which Sean Connery used in his last performance as a James Bond icon in never say Never (Warner Bros., 1983).

The last primary sidearm that Sean Connery used in his most famous role. never say Never Connery returned to the role he made famous 12 years after his last appearance Diamonds are forever (Eon Productions, 1971).

never say Never was based on the original novel Thunderball The film was produced back in 1965 as a film by Jack Schwartzman’s Taliafilm with Kevin McClory, who retained the film rights for the novel. The film’s title was a recall on a 1971 comment from Connery that he would never play Bond again. The film was made by Irvin Kershner, best known for The Empire Strikes Back (Lucasfilm, 1980). Eon Productions released their own entry in the Bond franchise, Octopussy (Eon Productions, 1983), starring Roger Moore that same year.

never say Never saw Connery as Bond wear the more modern Walther P5 in favor of his usual Walther PPK (Roger Moore also used the P5 in Octopussy (Eon Productions, 1983). The gun was rented to the production company by French gun experts Maratier Armes & Costumes and used by Connery during scenes filmed on the French Riviera.

Accompanied by a signed certificate of authenticity from Maratier Armes & Costumes, signed by Jean-Charles Maratier, which reads: “This weapon was rented to the production that makes the film” NEVER SAY AGAIN “by our company and used by actor Sean CONNERY It has been in storage since production ended until it was recently decommissioned for Stephen LANE of the Prop Store of London. “ 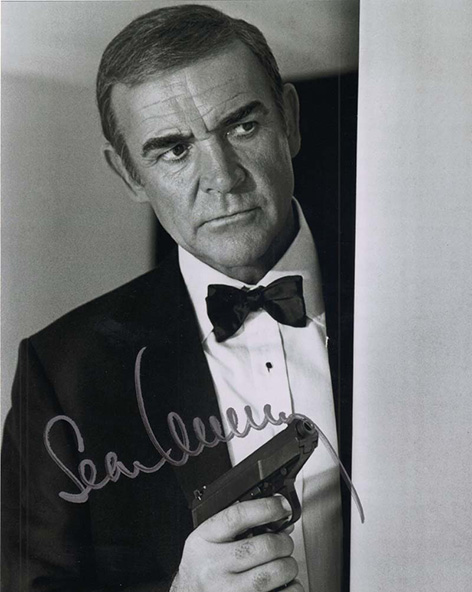 Accompanied by a signed certificate of authenticity from The Prop Store of London on February 13, 2007 with the following information:

“The hero pistol Sean Connery used in his legendary role as James Bond in never say Never. This weapon, a deactivated Walther P5, was used during filming in the south of France and comes with a letter from the French armourers confirming the story. The serial number 001482 is on the side of the weapon together with the words “Carl Walther Waffenfabrik Ulm / Do” and deactivation stamps. The weapon can be matched exactly to the weapon used by Sean Connery, which is still the small incision in the trigger guard. “

This is a former living fire pistol that has been deactivated. After deactivation, the full hammer, trigger and slide functions are retained with the removable magazine. Accompanied by a deactivation certificate from the Chambre de Commerce et D’Industrie de Saint-Etienne dated February 26, 2004. 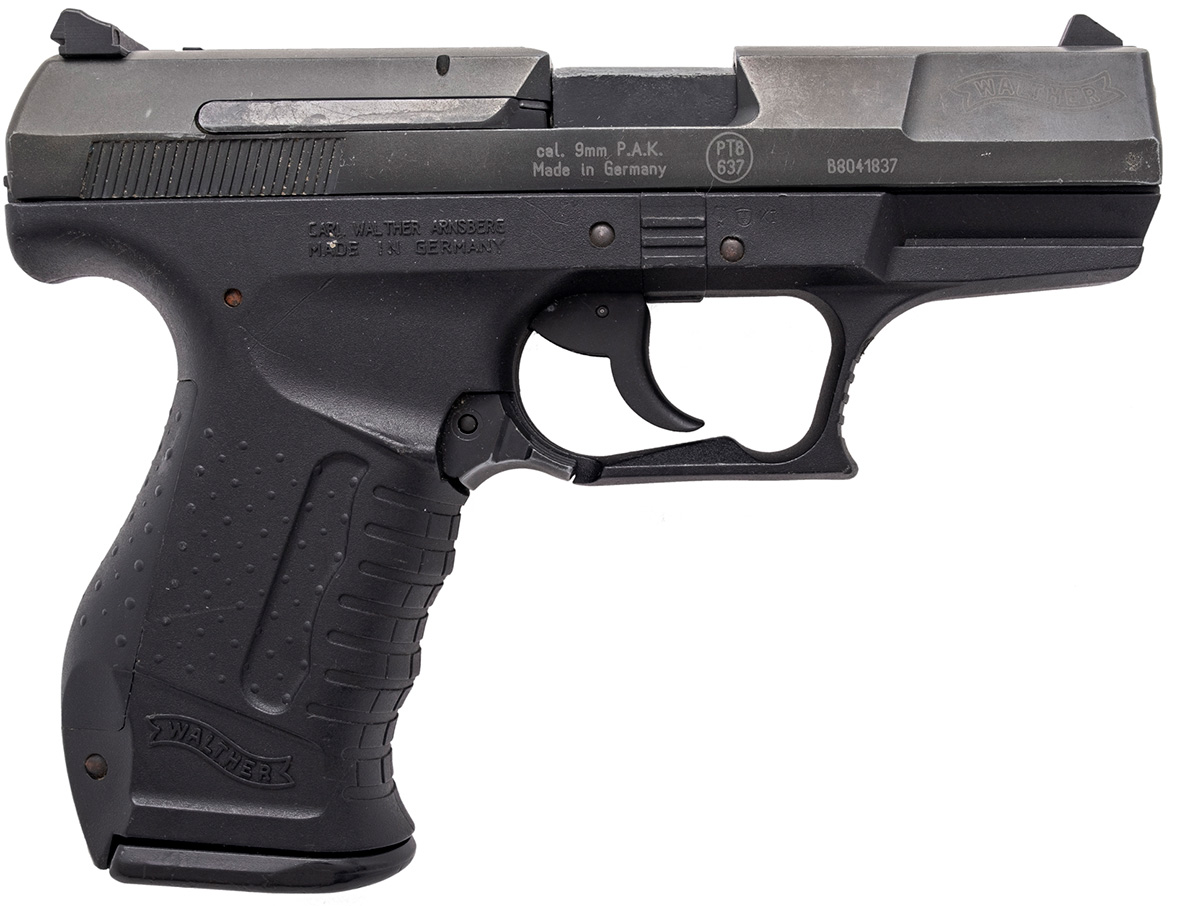 Tomorrow never dies is widely recognized as the film in which the older and iconic Walther PPK (and Walther P5) is replaced by the more contemporary one Walther P99 as Bond’s signature sidearm.

As part of the film, Bond chooses the P99 from Wai Lin’s armory in Saigon. It is used throughout the film and appears in many posters and marketing materials released in support of the film. 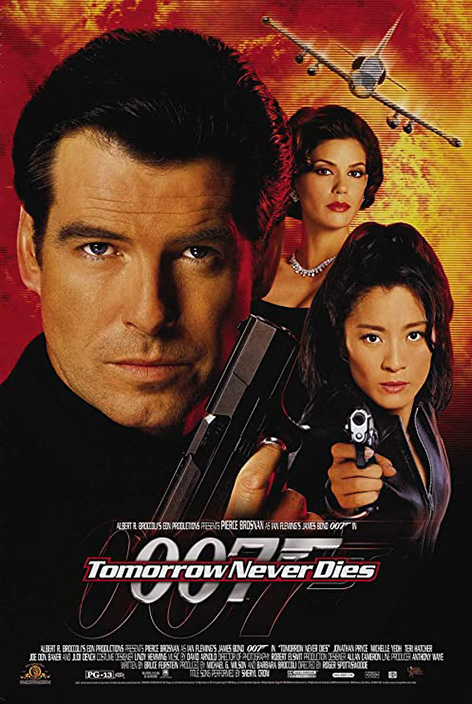 The gun was leased to the production company by the British gun experts Bapty & Company Limited.

Accompanied by a signed Certificate of Authenticity from Bapty & Company Limited dated September 2006 – from owner Tony Watts – with the following information:

“The purpose of this letter is to check whether the associated Walther PAK P99 with serial number B8041837 was used by Pierce Brosnan as James Bond in the 1997 Eon production Tomorrow Never Dies. The weapon was also used as a holster filler in subsequent Bond films. Bapty has been the supplier of weapons and military equipment props to the film and television industries in the UK, Europe and worldwide for over forty years, we have supplied weapons for every Bond film out there Dr. through to die Another Day. “

Also accompanied by a certificate of authenticity from Prop store from London.

This is a former empty PAK fire pistol that has been deactivated. After deactivation, the full trigger, hammer and sliding effect is retained. The magazine is not ejected.

During the course of the film, when Bond arrives in Havana, he meets Raoul, a British sleeper who poses as the manager of a cigar factory. He allows Bond to borrow the Smith & Wesson Model 10 HB, which Bond later uses in scenes on the island, including in a confrontation with Zao. The gun was leased to the production company by the British gun experts Bapty & Company Limited. 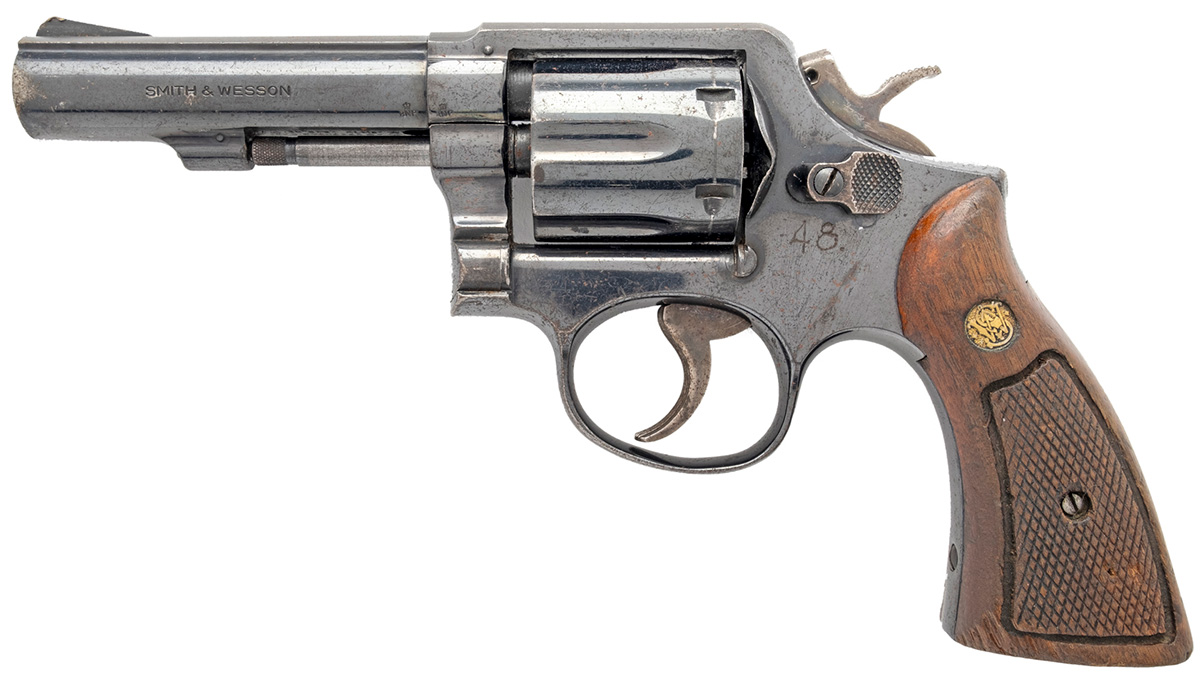 Accompanied by a signed Certificate of Authenticity from Bapty & Company Limited with the following information:

The purpose of this letter is to verify that the accompanying Smith & Wesson .38, serial number D660468, was used by Pierce Brosnan in the Eon production Die Another Day 2002. Bapty is the supplier of weapons and military equipment as props for the film and television industries in the UK, Europe and around the world, we have supplied guns for every Bond film from Dr. No to Die Another Day for over forty years. “

Also comes with a Certificate of Authenticity from the Prop Store of London.

This is a former live fire revolver that has been deactivated. After deactivation, the full trigger, hammer and cylinder action is retained. 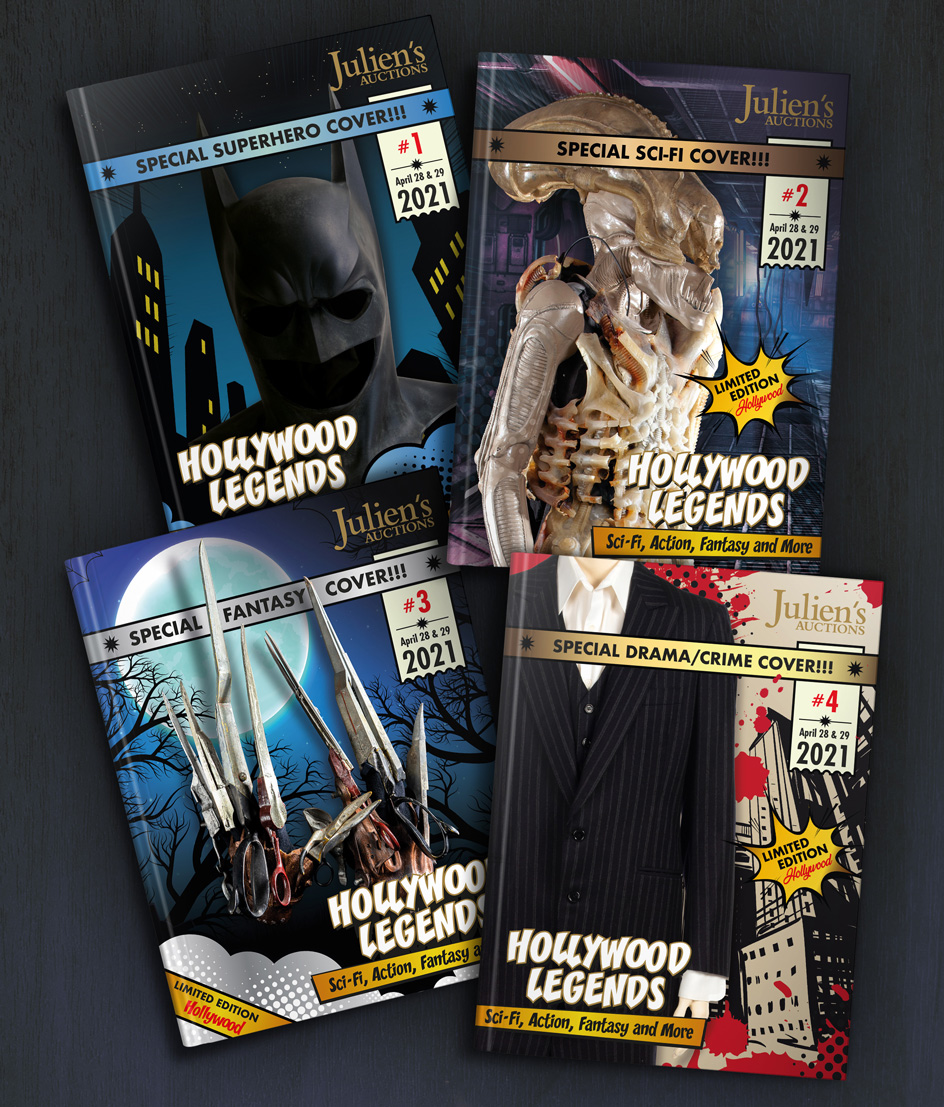 The auctions will take place on Wednesday, April 28 and Thursday, April 29, 2021 at Julien’s Auctions in Beverly Hills and are live online at JuliensAuctions.com.

Candace Owens, Cardi B and Section 230