A mass rally will be held in Pyongyang in January to celebrate the election of Kim Jong Un as general secretary of the Workers’ Party of Korea. On Thursday, Kim referred to “many obstacles and difficulties that lie ahead”. Jon Chol Jin / AP Hide caption 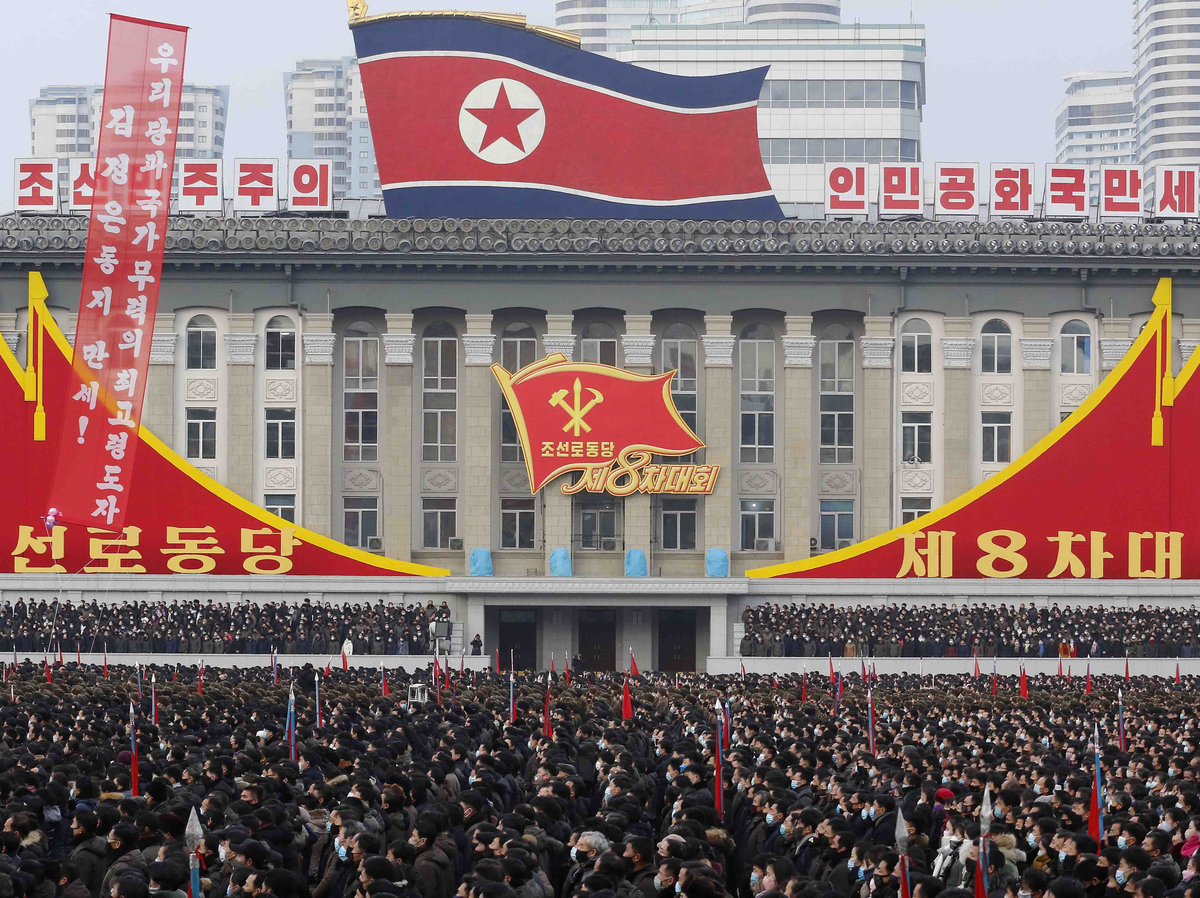 A mass rally will be held in Pyongyang in January to celebrate the election of Kim Jong Un as general secretary of the Workers’ Party of Korea. On Thursday, Kim referred to “many obstacles and difficulties that lie ahead”.

North Korean leader Kim Jong Un is calling on his country to prepare for yet another “arduous march” – in a phrase that describes a catastrophic famine in the 1990s that killed hundreds of thousands.

Speaking to members of the Workers’ Party of Korea (WPK) on Thursday, Kim referred to “many obstacles and difficulties that lie ahead”, according to the Korean Central News Agency (KCNA).

“I have made up my mind to ask WPK organizations at all levels, including the Central Committee and cell secretaries of the entire party, to lead another more difficult ‘arduous march’ to relieve our people of the troubles, even a little ,” he said.

It was not clear whether Kim specifically warned of another famine or used the euphemistic “arduous march” more generally to symbolize North Korea’s economic headwinds. According to The Associated PressNorth Korea surveillance groups have seen no signs of mass starvation.

The famine in North Korea that began in the mid-1990s coincided with Kim’s father, Kim Jong Il, who took power after the death of the country’s founder, Kim Il Sung. The famine is largely attributed to the withdrawal of aid from Moscow after the collapse of the Soviet Union, coupled with North Korea’s own Stalinist economic system, which did little to boost food production. Estimates of the death toll from ongoing food shortages range from hundreds of thousands to 3 million.

The North Korean leader’s remarks at the conclusion of a WPK conference follow his unusually open and public assessment of the country’s problems in recent months.

At the 8th party congress in January Kim confirmed A combination of factors – including the coronavirus pandemic, US-led sanctions aimed at getting Pyongyang to abandon its nuclear program, and natural disasters – have led the country “to fall far behind”. He said the country should be ready to accept the “bitter lessons” of failure. And in a speech to the WPK group at the opening of their meeting on Tuesday, he said the country was facing its “worst situation ever”.

Since North Korea closed its northern border last year amid growing contagion fears due to the coronavirus pandemic, trade between North Korea and China has fallen by 80%, AP said, citing Chinese data.

Pyongyang has not yet recognized any coronavirus infections in the country, and experts warn that North Korea’s tattered health system would quickly become overwhelmed if the virus took hold. North Korea announced this earlier this week not participate at the Tokyo Olympics this summer for fear of the virus.

Last month, Kim exchanged messages with China’s President Xi Jinping. North Korea’s state media reported that Xi has pledged to “enable the peoples of both countries to have a better life” – a signal that some analysts have interpreted as aid in the form of food, fertilizers and other supplies, according to the AP.