“We didn’t think about it back then, but representation is important.”

The sky was clear, the snow was firm and the fans were in their thousands – February 18, 2018 was a perfect day for spectacular slopestyle in South Korea.

Gus Kenworthy wanted to upgrade his surprise silver from the event’s Olympic debut four years earlier in Russia and the skier was confident. The preparation had been very different this time.

Before Sochi in 2014, he was “afraid of being withdrawn from circulation in a country where homosexuality was illegal” and feared that he would be expelled from the sport.

Now the American was one of two openly gay men on the US team. He was “so shocked” by the way the LGBT + community and a host of sponsors had supported him after his appearance in 2015 that he was desperate to thank them with success in Pyeongchang.

Unfortunately, things did not go according to plan. However, for unexpected reasons, he was still at the center of a dizzying global focus.

Kenworthy fell in his first run in the final and suffered a similar fate in the second, leaving him “devastated” when his bid for the Olympic medal ended.

All he wanted was to quietly retreat to the comfort of family and friends, but his agent intervened and directed him to the eager reporters desperate for his attention. Kenworthy was confused.

“They wanted to tell us all about the kiss and I had no idea what they were talking about,” he tells BBC Sport. 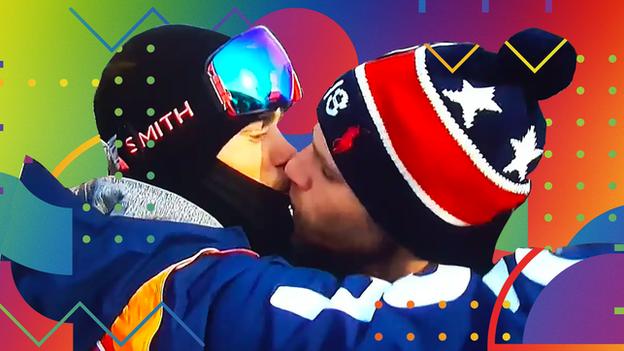 Unbeknownst to him, the American broadcaster NBC had filmed him live talking to his family and kissing his boyfriend before heading to the start.

Thanks to the power of social media, the kiss became one of the games’ most iconic images and was hailed as a significant step towards greater acceptance by the LGBT + community in elite sport.

“It was such a gentle kiss,” says Kenworthy with a smile. “Sure, I would have made it more dramatic if I had known it was going to be this big moment!

“If I had seen as a child that it would have signaled to me that I was fine, that I was safe, there is a future for me. It would probably have saved me many years of heartache.”

Kenworthy was five years old when he discovered he was “different” from other boys. He was worried about it.

Without obvious high profile gay role models, he would imitate the views of friends and his older brother in the hopes of “appearing normal”. He would go to extreme lengths to hide his “big, dark secret”.

“It played a pretty debilitating role in my sanity because I had this fear and fear that something was wrong with me,” he says.

“When I was on ski tours with overnight stays, I made sure that I was the last person in the room to fall asleep because I was scared of talking in my sleep and of calling myself gay.

“I thought if people found out, nobody would speak to me anymore, I would be kicked out of my house and never have a career in skiing. It was super damaging.”

Kenworthy’s fear only grew in his teenage years, when teammates casually used homophobic language, described the weather, or judged a course they disliked as “gay”.

“It didn’t help that everything to do with sponsorships and contracts was image based,” he adds.

“Since nobody else is ‘out’ in my sport, I got it into my head that nobody wants to be associated with the ‘gay skier’ so that everything will be taken away from me.” 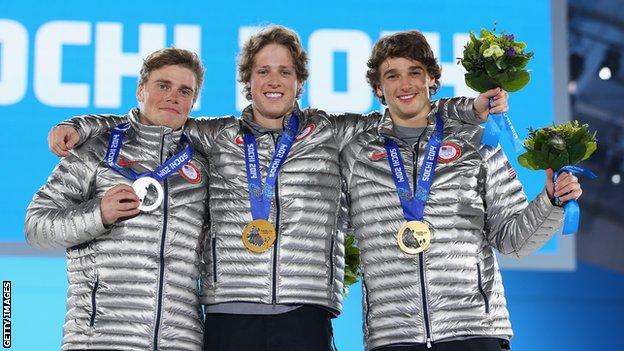 Kenworthy, 29, (left) was 22 when his silver helped the US win the men’s slopestyle ski medals in Sochi in 2014

Homophobia came into the spotlight ahead of the 2014 Sochi Olympics after host nation Russia introduced new ones “Anti-gay” legislation, arouse widespread criticism around the world.

Unsurprisingly, Kenworthy found himself in a “strange headspace” going into the games with his fears and anxieties mounting, and trying to fit in and calm down.

“I felt like I was going to the lion’s den because it was a rural and political atmosphere that didn’t support me at all,” he says. “Then I thought, ‘Well, I don’t even support myself and I’m not even brave enough to assert myself and be who I am.’

“I had a friend out there at the time who was working in the media and he was in the closet too and it felt like this forbidden love.”

Despite the stress, it was a very successful Olympics for the slopestyle specialist as he won silver on a historic podium in the USA.

However, what should have been an incredible time – when he achieved a lifelong dream – quickly turned into a living nightmare.

“I had a secret plan to come out as the middle finger of the legislation in Russia, as a kind of protest,” says Kenworthy. “I didn’t do it, I was too scared and unwilling, but it consumed me.

“Then there was the media tour which, after a medal, is the most exciting and fun thing that happens to most athletes when you are overwhelmed with attention and appreciation, but I was really struggling and thinking about killing myself.

“It didn’t help that we did all of these interviews the day before Valentine’s Day and in each one they asked us, who is your celebrity crush?” or ‘who is your dream date?’ and i felt so wrong and terrible that i lay in all of them. “

About 18 months later, he could no longer bear to lead a double life. After revealing his sexuality to family and friends, he came out publicly.

“I’ve got to the point where I couldn’t go on like this,” he says.

“I also realized that somehow I had gotten everything I wanted for an Olympic medal and X Games medals, so if I lost everything and got kicked out of the sport, I felt like I could with mine Go head. ” held high. “

The response was more positive than he could ever have imagined. 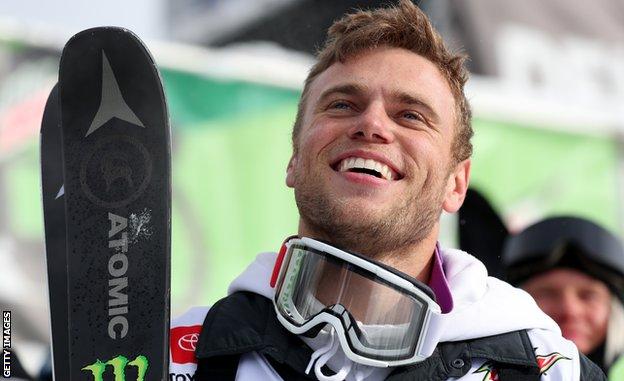 “With every person I shared, that huge weight was lifted off my shoulders,” recalls Kenworthy. “I felt so free and liberated, which was amazing and heartwarming.

“I then did it in a really public way, reaching out to anyone who was in the closet like me and for some reason felt they couldn’t get out. It was received amazingly well.”

What followed was what Kenworthy calls his “best ever,” and a podium finish at every event he competed.

On the way to the 2018 Winter Olympics, Kenworthy was one of the favorites. With the support of the LGBT + community, an army of personal sponsors, and a supportive tweet from his “idol” Britney Spears, he felt confident.

However, there were those who weren’t quite as supportive.

“Some of the content on social media was really dark,” he says. “Because [US figure skater] Adam Rippon and I were both “out”, we received death threats.

Kenworthy’s two falls meant he finished 12th – last place – in the slopestyle final. Although he is still disappointed with the result, he looks back on the games much more positively.

“It’s incredible that the kiss has been aired and shown in homes around the world and in countries where homosexuality is still illegal,” he says.

“I know it was just a gentle kiss and one we didn’t think of at the time, but representation is important.”

Kenworthy is still hoping for one final medal win at his final Beijing Winter Olympics next year, and he will do so in British rather than US colors after switching to represent the nation of his birth.

“My mother is British and she has been proudly waving the US flag for me for eight years,” he says.

“Now I’d like to wave the Union Jack for you, so I’ll go to Team GB and GB Snowsport, who have been so supportive of me.”

Canadian figure skater Eric Radford made history by becoming the first openly gay male Olympic champion in Pyeongchang in 2018, and Kenworthy now dreams of following him by standing on the podium himself in China.

“To be back on the podium as a representative of the UK and the LGBT + community would mean anything,” he says.

“Actually it would be my crowning achievement.”

If you are experiencing any of the issues that this article addresses, information and support is available at BBC Action Line.

Low wages are just the start of the problems for millions of U.S. workers during COVID-19 — here’s why