It was a beautiful day for a “white wedding”.

Miley Cyrus shared the stage with Billy Idol during her TikTok tailgate Concert performance before the game in Tampa Bay before Super Bowl 55, which brings the rocker on stage with a simple “Hey, Billy Idol”.

After singing their Plastic Hearts collaboration “Night Crawling,” the two teamed up for Idol’s 1980 hit “White Wedding” with Cyrus, dressed in cheerleading outfit and suggestively dancing between vocal rounds.

Cyrus kicked off the TikTok tailgate with a recording of Toni Basils “Mickey” and turned the lyrics to “Miley” when he asked the crowd to sing along. She played “Prisoner,” covered Blondie’s “Heart of Glass”, “Head Like a Hole” from Nine Inch Nails and Dolly Parton’s “Jolene”.

Rocker Joan Jett played spirited versions of Bad Reputation, Bad Karma and I Hate Me for Loving You with Cyrus.

‘I’ll be there’: Miley Cyrus performs at the TikTok Tailgate pregame event for Super Bowl LV 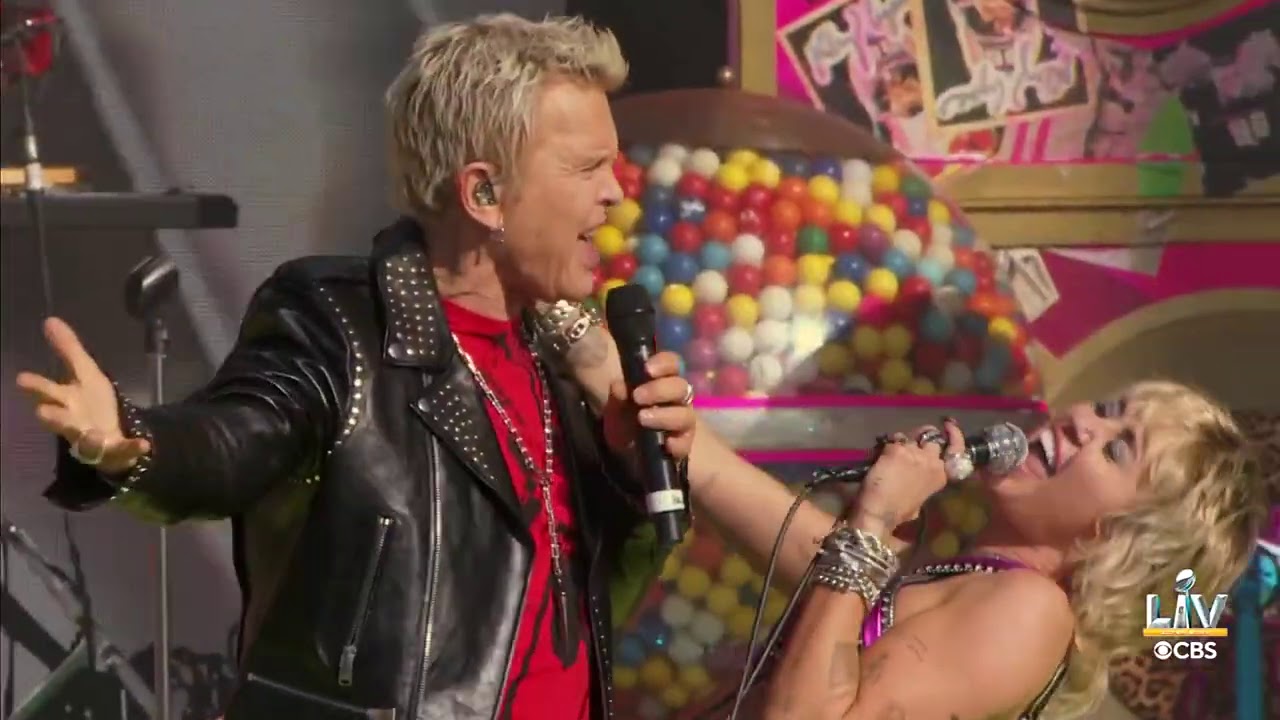 Cyrus became emotional during a portion of the concert. “I wear a lot of glitter and a lot of armor, but I also have my heart on my sleeve and it gets broken a lot,” said Cyrus before moving on to The Climb.

The NFL announced last month that 7,500 vaccinated health care workers had been invited to attend Super Bowl LV at Raymond James Stadium to watch the concert.

The 65-year-old Idol and 28-year-old Cyrus both posted recognized social media posts about performance on the same motorcycle seat, each writing “Hot in the City”.