An image captured by the navigation cameras of NASA’s Perseverance rover shows traces on the surface of Mars during the rover’s first test drive on March 4th. Hide NASA / JPL Caltech caption 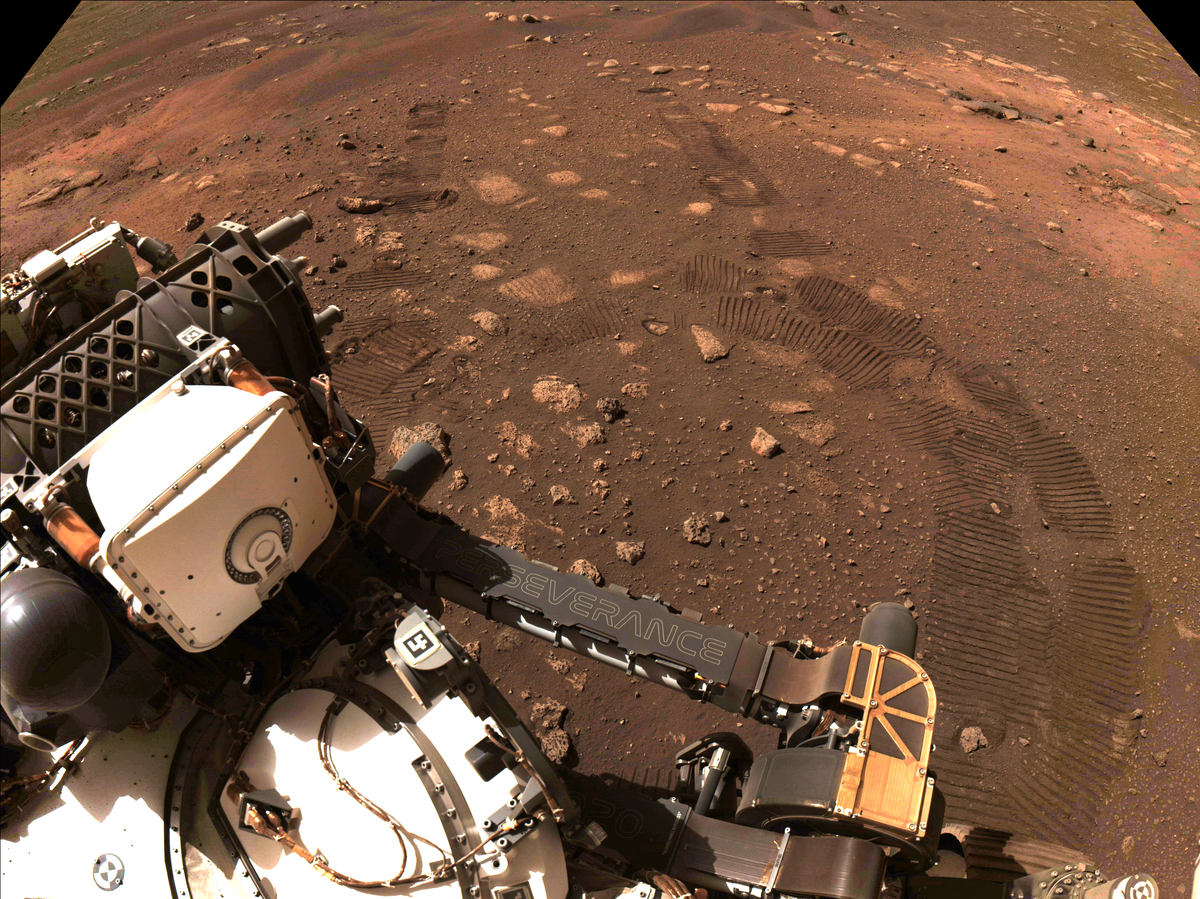 An image captured by the navigation cameras of NASA’s Perseverance rover shows traces on the surface of Mars during the rover’s first test drive on March 4th.

The Perseverance rover made its first test drive on the surface of Mars this week, traversing 21 feet of terrain on a brief journey that scientists say marks a major milestone.

NASA said The rover ventured away from its landing site on Thursday, exactly two weeks after its first take-off put on on the red planet. The journey, which lasted approximately 33 minutes, served as an important test of the rover’s mobility system.

“This was our first chance to kick the tires and take Perseverance out for a spin,” she said. “The rover’s six-wheel drive responded excellently. We are now confident that our propulsion system is operational and can get us where science takes us over the next two years.”

The rover moved 13 feet forward, turned 150 degrees to the left, and then retracted 8 feet into its new temporary parking lot, NASA said. Photos were also taken of his touchdown site and the wheel tracks left behind.

The rover is still in an initial assessment phase. More detailed tests and calibrations as well as longer trips are planned for the coming weeks. According to NASA, the team has already removed a number of other important innovations from their list in the past few days.

This includes completing a software update, using two wind sensors and testing the 7 foot long rover Robotic arm for the first time. In the process, two of the arm’s five joints were bent in two hours on Tuesday.

The robotic arm is critical to the rover’s mission, explained Robert Hogg, assistant mission manager for Perseverance Rover, as it is the primary tool the team will use to carefully study the geological features of Jezero before deciding which ones to drill and samples should be removed.

“When we got confirmation that the robotic arm was flexing its muscles, including the images that worked wonderfully after its long journey to Mars – well, it was my day,” Hogg said.

I did a lot of health checks this week and prepared to go to work. I’ve crossed many tasks off my list, including instrument testing, imaging, and moving my arm. Warm up for a science marathon. pic.twitter.com/A0aqhWVo5T

This week, too, scientists remembered the point where persistence landed unofficial name after legendary science fiction writer Octavia Butler, who died in 2006.

Butler, a native of Pasadena, California, was the first black woman to win both the Hugo Award and the Nebula Award – the highest honors in the science fiction and fantasy genre – as well as the first woman science fiction writer to star with a MacArthur Scholarship was awarded. She is known for books like “Kindred”, “Wild Seed” and “Parable of the Sower”.

“Butler’s protagonists embody determination and ingenuity, making them perfect for the Perseverance rover mission and the theme of overcoming challenges,” said Kathryn Stack Morgan, assistant project scientist for Perseverance. “Butler inspired and influenced the planetary science community and many beyond, including those typically underrepresented in STEM areas.”

Earthbound viewers can still take a first-hand look at the Mars terrain Fund of images Perseverance sends back from space.

The mission has already broadcast around 7,000 images, NASA said thanks to an advanced one Suite of cameras, NASA’s global network of communications facilities for spacecraft and a number of other Mars orbiters.

Justin Maki, the imaging scientist for the Perseverance mission at JPL, said every image from the rover is transmitted from either the European Space Agency’s Trace Gas Orbiter or NASA’s MAVEN, Mars Odyssey or Mars Reconnaissance Orbiter.

“When you see a beautiful picture of Jezero, remember that it took a whole team of Martians to bring it to you,” he said.

‘One of the largest anti-poverty bills in recent history’ — what the $1.9 trillion COVID bill means for families with kids