Three of the women who sing about their plight – and their hopes – on the album “I have now forgotten who I used to be”. Their names are withheld to protect their physical safety as they have been accused of witchcraft. Marilena Umuhoza Delli hide caption 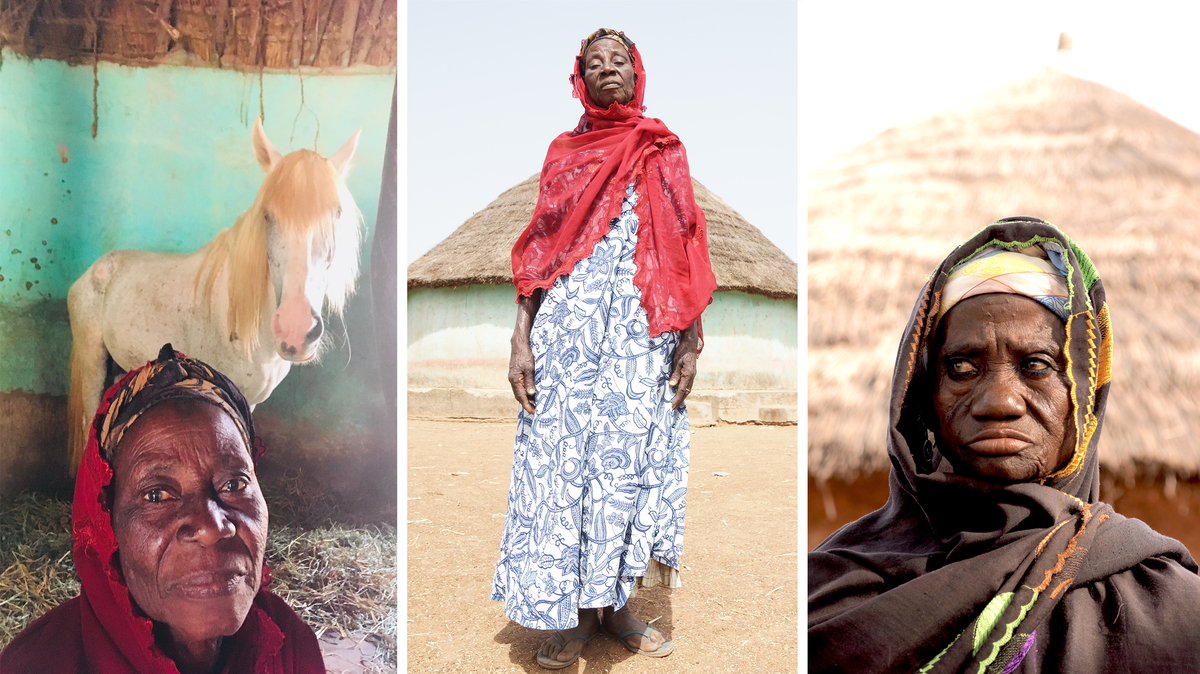 Three of the women who sing about their plight – and their hopes – on the album “I have now forgotten who I used to be”. Their names are withheld to protect their physical safety as they have been accused of witchcraft.

On a short track called “I Stand Accused”, a woman in a remote part of Ghana intones and repeats the title phrase with the intensity of a global city scream. It is only accompanied by the sound of pieces of firewood being beaten up. But in her loneliness she speaks for a community called Witch Camp, which recorded the new album. I have now forgotten who I was.

This singer is one of an estimated 1,000 women in northern Ghana who have fled their homes Witch allegations – and the fear that it will attack them physically. The reasons for such allegations are varied: some charges are brought up in order to allow land they owned to be stolen. In other cases women with mental or physical disabilities are convicted. Virulent sexism, ageism, or personal jealousy are usually part of these allegations. A living can consist of chopping firewood for local chiefs and gathering discarded food for themselves. One title describes a particularly tough means of survival: “Forsaken (forced into a life of prostitution).”

For Marilena Umuhoza Delli, who produced the Witch Camp album with her husband Ian Brennan, their stories convey personal resonance. You had heard of the women when they were working on similar projects around the world.

“My mother is from Rwanda and is disabled, widowed and survived genocide three times,” says Umuhoza Delli. “I grew up poor in Italy in a conservative area, so it was impossible to look at the circumstances of these women and not see my own mother. With Ian, as we did in Tanzania, with survivors of the genocide in Rwanda and Cambodia , our goal is to create a platform for these women who are otherwise censored or unheard. “

Umuhoza Delli and Brennan have considerable experience in getting such marginalized voices to be heard by encouraging them to turn their stories into songs. They produced the album Zomba Prison Project I don’t have everything here, with voices from a Malawian maximum security prison. For the witch camp, Umuhoza Delli and Brennan traveled to three rural villages in northern Ghana, where accused witches were housed. (They didn’t name the villages out of concern for everyone’s safety. In collaboration with (and supported by) chiefs and translators who knew the local dialects of the Mampruli and Dagbani languages, the producers recorded for two weeks in December 2018.

None of the women in the witch camp has a musical background.

“We recorded more than 100 people, six hours of music, and most of the women are elderly, many in their 70s,” says Umuhoza Delli. “The entire record consists of instant compositions” – songs that they improvised themselves.

“It was pretty quick, but it was incredibly intense,” says Umuhoza Delli of the sessions. “We’re talking about recordings from morning to late afternoon.”

The musical accompaniment, she says, comes from “objects from her immediate surroundings: a teapot, a tin can, a balloon left over from a political meeting”. One of the few Ghanaian men in the camp accused of witchcraft – and who is known as a magician – played the speaking drum on the album.

The compositions became mantras. Some women kept saying the same phrases as prayers over and over again. For their own safety, the women want to remain anonymous and, says Umuhoza Delli, “let the songs speak for themselves”.

“When they got the chance to sing, they were shocked and happy that there was such interest in their lives,” says Umuhoza Delli. “This project was positive, everyone was actively involved and very committed.”

This energy is expressed in “Love” and “Love, Please”, with the voices of the community sounding almost ecstatic in response to the singer’s requests for love and acceptance. This exchange also makes the solo singers sound even more blatant and penetrating on most of the other tracks.

Regardless of whether there is a group screaming together at Witch Camp or lonely voices representing the isolation around these villages, an overarching sense of empathy becomes a vital force throughout the album, especially with songs like “I trusted mine Family, you cheated on me “.

In Ghana, the belief in witches has permeated social classes and appears as a plot point in television programs. However, the Ghanaian media also called for an end to the perpetuation of false beliefs in witchcraft and advocated reintroducing these accused women into general society. Last summer, after 90-year-old Akuah Denteh was murdered on such an allegation, an editorial appeared in the Ghanaian Times stated, “The lynching of Akua Denteh, though heartbreaking and judgmental, presents us with a unique opportunity to make the bold decision to close all of these places [camps]Free all women who have been branded as witches and indeed say ‘no more witch camps’. “ 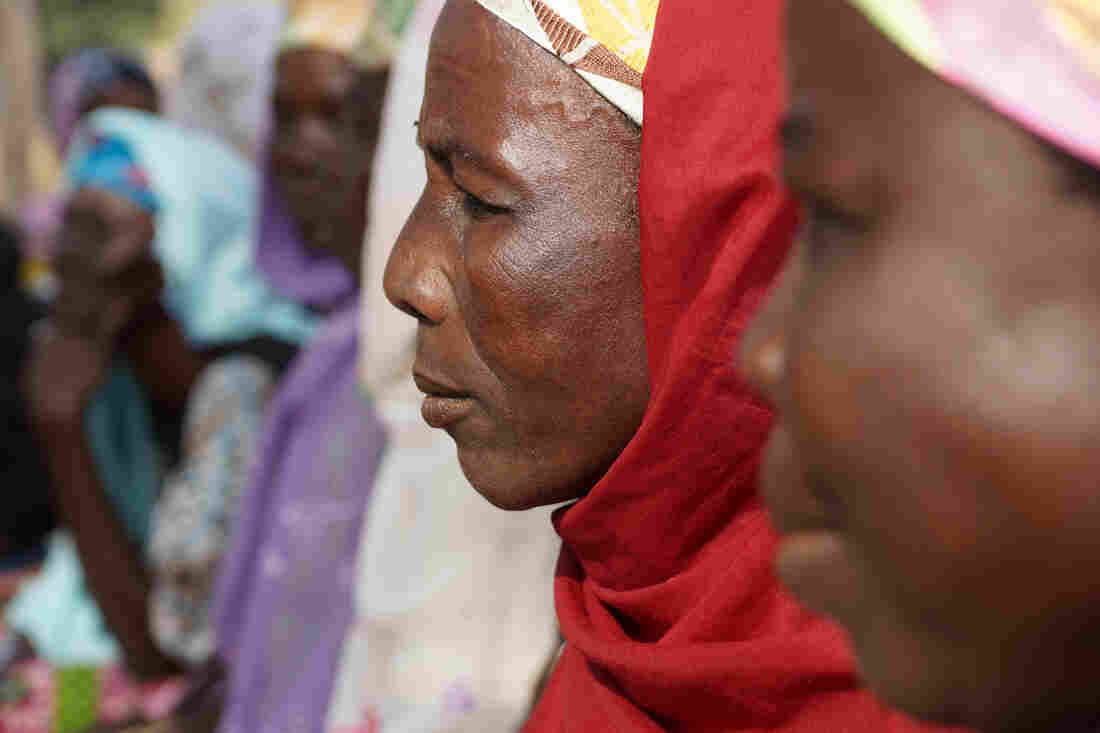 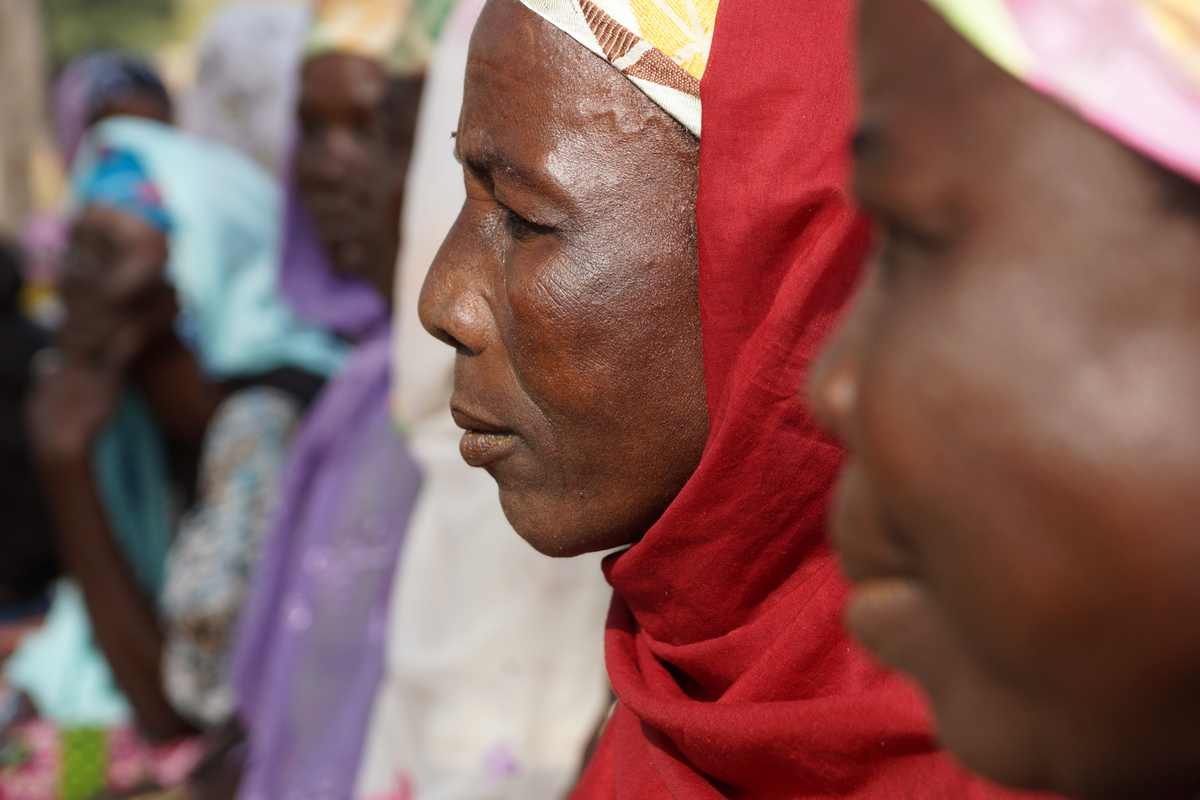 Women who contributed to the launch of ‘Witch Camp’.

Umuhoza Delli not only hopes for the reintegration of the women from the witch camps into Ghanaian society, but also advocates a more comprehensive change in consciousness.

“It is troubling to the high numbers of doctors, police officers and teachers who still believe in witchcraft,” she says. “This is a problem that affects us all. Ghana is a great nation and, as in any country, it is some bad actors who are causing such stress.”

UNESCO is one of the most important organizations that has worked to raise awareness of this issue across West Africa. Mahmoud Ahmed Badji is a researcher and assistant in the Department of Social Sciences and Humanities at UNESCO’s regional office in Dakar, Senegal. “We need to speak to local authorities, religious authorities and young people to explain to them that we need to learn to live together without discrimination,” says Badji, who hopes that artists and athletes can play a role in spreading such messages.

The hope for everyone with I forgot how I used to be is that this album will go far to raise international awareness.

“Music has great power,” says Umuhoza Delli. “People hear the news in songs that they would otherwise never tolerate.”

Aaron Cohen is the author of Move On Up: Chicago Soul Music and Black Cultural Power (University of Chicago Press) and Amazing Grace (Bloomsbury). He teaches humanities and English composition at City Colleges in Chicago and is a regular contributor to the arts for publications such as the Chicago Tribune, Chicago Reader, and DownBeat.

The Best Wireless Keyboard and Mouse Combos of 2021