Uyghurs living in Turkey protested in China in March over the country’s human rights abuses in western Xinjiang Province. A new report from Amnesty International documents these abuses and calls them “crimes against humanity”. Emrah Gurel / AP Hide caption 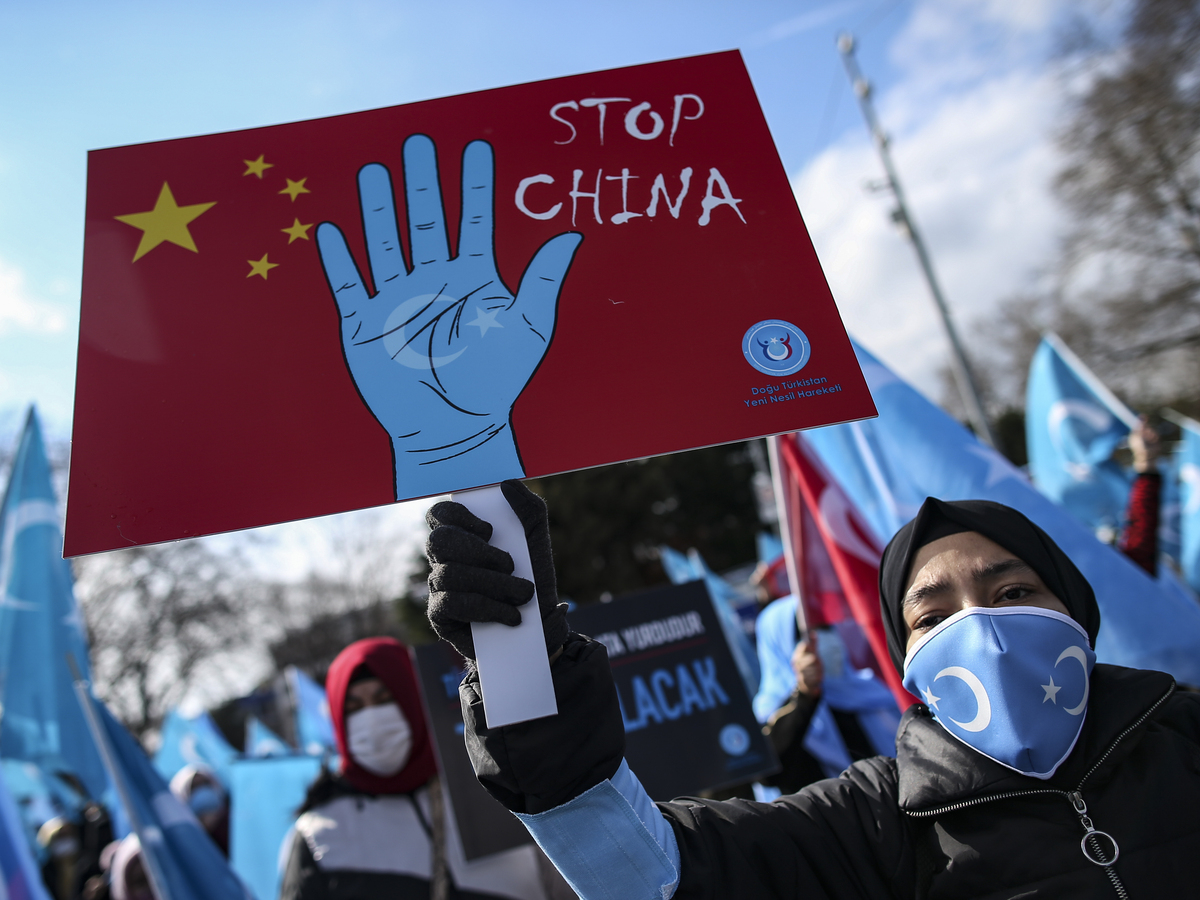 Uyghurs living in Turkey protested in China in March over the country’s human rights abuses in western Xinjiang Province. A new report from Amnesty International documents these abuses and calls them “crimes against humanity”.

According to a new report from Amnesty International The Chinese government’s crackdown on people in the country’s Muslim minority groups, published on Thursday, constitutes crimes against humanity. The report describes systematic state-organized mass arrests, torture and persecution of people in Xinjiang province, including Uyghurs and Kazakhs. It also describes the Chinese government’s extensive cover-up efforts.

More than 50 people detained in camps gave testimony to the Amnesty International report, and every one of them claimed to have been tortured or otherwise ill-treated.

According to the United Nations, up to 1.5 million Uyghurs are in internment camps in China. Adrian Zenz, Senior Fellow in China Studies at the Victims of Communism Memorial Foundation, addressed the Weekend Edition of NPR last year probably the largest incarceration of an ethno-religious minority since the Holocaust and said the efforts conform to the UN definition of genocide.

NPR’s All Things Considered spoke to Jonathan Loeb, Senior Crisis Advisor to Amnesty International and lead author of the report, about how to safely conduct interviews with former camp inmates, how this report demonstrates that torture is endemic in these detention centers, and on the eradication of Islamic religious practices in China. Listen in the audio player above and read on for a transcript of the interview.

This interview has been edited for length and clarity.

Ailsa Chang: So, if I am not mistaken, this report is the largest compilation of first-hand accounts from people detained in Xinjiang. Is that correct?

Jonathan Loeb: Yes. Despite the fact that in the past four years at least hundreds of thousands of people have been sent to detention centers and millions of Muslims in Xinjiang have been affected by the situation there, there are very few people who have been able to get out of the country and speak about this publicly Theme. For the past 18 months, Amnesty has been trying to identify and contact other people who have been able to leave Xinjiang but have been unwilling to speak publicly beforehand for security reasons. We have therefore invested a lot of time and effort in tracking down 55 former inmates from the camps who had not previously spoken out. And we’ve made sure that we can conduct these interviews in such a way that they are conducted through secure channels and as securely as possible for them.

Well, reports on these prison camps and the mass surveillance of those outside of these camps living in Xinjiang first appeared about four years ago. So tell me what are the key new details this report adds to our overall understanding of what is happening in Xinjiang?

Our report complements this existing evidence; it doesn’t duplicate it. So these are new testimonies, and unfortunately they provide an incredible amount of new details about the terrible things that are going on in the camps. We have come to the conclusion that any person sent to a detention center suffers torture or other ill-treatment, both as a result of the cumulative effects of daily life in the camps and as a result of many of them being subjected to interrogation and Punishments during their physical time in the camp.

And may I ask, is there a particular detail that you remember most?

Yes, unfortunately about 17 or 18 of the former inmates Amnesty interviewed have been interrogated and physically tortured while immobilized on tiger chairs, essentially steel chairs with your hands and feet tied and completely immobile.

Now, the Chinese government has long said it is focusing on these people because of the “terrorism threat” this region poses to the government. We should note that there have been reports that thousands of Uyghurs fought for ISIS in Syria. Is there cause for concern even though the events in Xinjiang are absolutely deplorable?

Every government has the right to respond to any legitimate terrorist threat in accordance with international law. But what we have here is a campaign that appeals to an entire people based solely on their religion and culture.

Well, one of the most lasting effects, as you say, may be culture loss. People are punished for speaking their mother tongue instead of Mandarin Chinese; People are tortured just for wearing pictures with religious subjects; Women are sterilized. What do you think the future of these Muslim minorities in China could look like?

Not only is the future extraordinarily bleak, but the present. Much of what we are talking about has already happened. Numerous traditions that are essential to the practice of Islam – be it praying, visiting mosques, teaching religion, wearing religious clothing, or giving children Islamic names – are now practically banned. And in order to survive, Muslims in Xinjiang have changed their behavior so that they can no longer engage in religious practice.

Anna Sirianni and Patrick Jarenwattananon produced and edited the tone of this story.