Technical difficulties and an overall uninspired program were the themes of this year’s Golden Globes, moderated by Tina Fey and Amy Poehler. Kevin Mazur / Getty Images for the Hollywood Foreign Press Association hide the caption 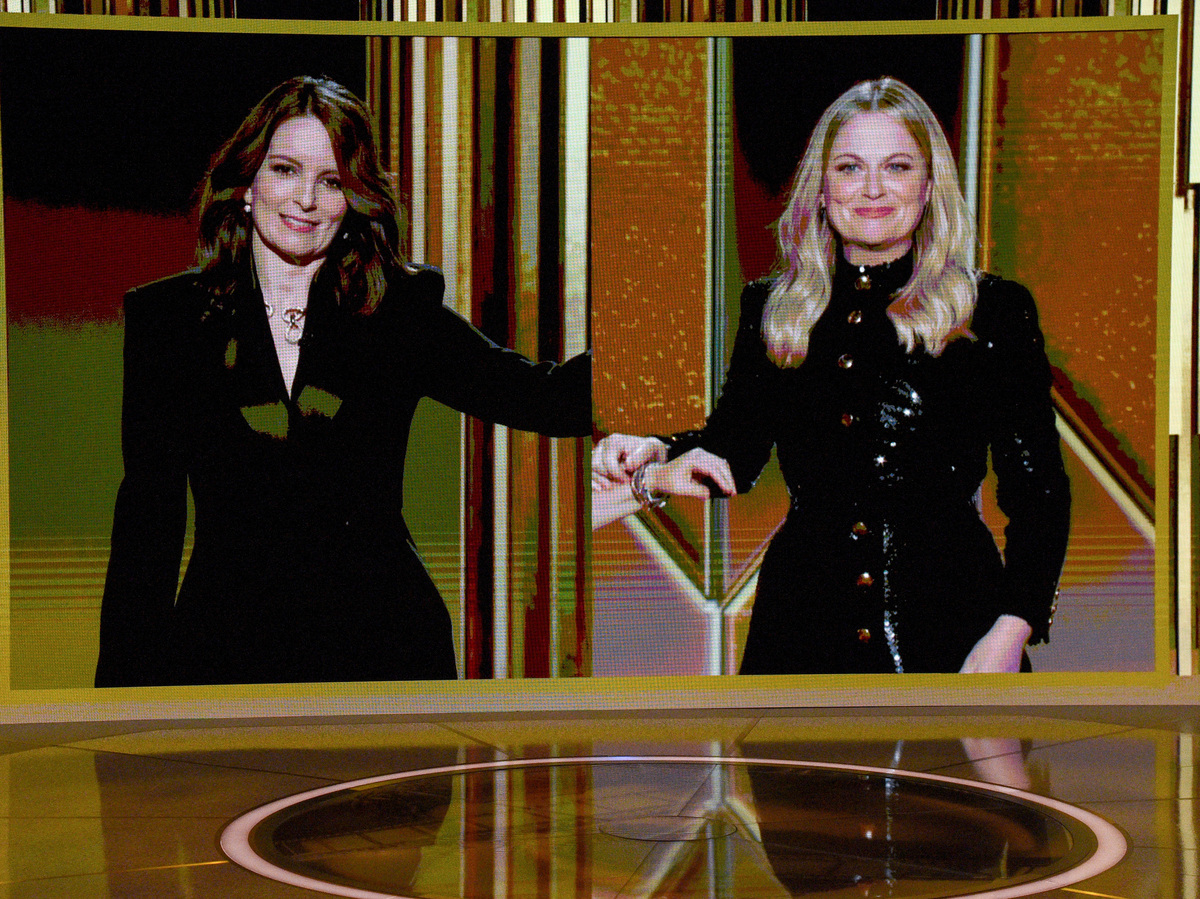 Technical difficulties and an overall uninspired program were the themes of this year’s Golden Globes, moderated by Tina Fey and Amy Poehler.

Each year, awards season viewers indulge in a combination of the alcohol-filled Loosie-Goosey nature of the Golden Globes, lamenting the alleged arbitrariness of many of their nominees and winners. Do you remember the movie Salmon Fishing in Yemen? (Three nods in 2012, including best picture.) And really, the Kominsky Method beat shows like Barry and The Good Place for Best TV Drama in 2019? How?!

The mood at this year’s Globes ceremony was different, however, and not just because the producers had Covid-related logistics to work for a largely virtual event. Just a few days earlier, the Los Angeles Times published it two Investigations Glimpse into the inner workings of the mysterious Hollywood Foreign Press Association, an organization of 87 “journalists” who vote on the awards. These exposés revealed a number of details that suggest the globes are more frivolous (and more corrupt) than even the most cynical of us might have considered. Among the revelations: A number of HFPA members were fabulously flown into France and taken in for a permanent visit to Emily in Paris, the hugely popular but critically maligned show that got three head-scratching nominations. Also, there are currently no black members in the HFPA.

On Sunday night, the ceremony went straight to the diversity PR nightmare, initially through the opening talk between returning co-hosts Amy Poehler and Tina Fey, which aired on the Beverly Hilton in Beverly Hills and the Rainbow Room in New York City. respectively. Between jokes about the differences between film and television and the audience’s recognition of the pandemic’s first responders, there have been rifts regarding HFPA membership (“around 90 international – not black – journalists,” some of whom “might be ghosts”). ) and a more serious admission that worthy black appearances and creators have been overlooked this year.

And a little later that evening, three members of the HFPA emerged from the dark promising that the organization felt bad about all the negativity advertising and would commit to making future inclusion better. (There was no mention of whether or not all paid trips to fancy cities were also covered in the penny of a Hollywood studio.)

Once the awards show started, it was often a bumpy ride. While the presenters appeared in person in either New York or LA, the nominees attended from home. The potential for technical mayhem was recognized almost immediately when Daniel Kaluuya, who won first prize of the night for his role as Fred Hampton in Judas and the Black Messiah, could not be heard during his acceptance speech. After a few moments, presenter Laura Dern noticed the difficulties and tried to finish quickly and move on to the next segment. Fortunately, Kaluuya was able to step in again, this time with sound in check, and deliver typically charming remarks.

There were a lot more nasty sound-related issues that were just irritating and at times chaotic – was this acceptance speech in which Catherine O’Hara, who was taking home an award for Schitt’s Creek, kept being interrupted by her husband Bo Welch’s phone, a planned piece or something like that, twisted guy-puffle-on-the-fly-bit? I’m not sure, but whatever it was, it was a rare high point on an otherwise dreary night. The producers filled the running time with skits that felt compelled even in normal times – saved for an absolutely strange sketch with Maya Rudolph and Kenan Thompson, who set false French accents. Everything that was not directly related to the award ceremony was superfluous.

The night’s big winners were a mix of the surprising and the predictable. Nomadland won Best Picture, Best Drama, and its director, Chloe Zhao, became the first Asian woman to win the Best Director award – and the first woman since Barbra Streisand won for Yentl nearly 40 years ago. Chadwick Boseman received a posthumous award for Ma Rainey’s Black Bottom for Best Actor, Drama; His widow Taylor Simone Ledward made a rousing, heartbreaking speech on his behalf. Andra Day triumphed for her first leading role in the US against Billie Holiday in a stacked category that included Viola Davis and Frances McDormand.

While Emily went home empty-handed in Paris – Netflix must be wondering, was it worth it paying all the cost for all these HFPA members? – Crowd drawer The Queen’s Gambit beat Steve McQueen’s transformative Small Ax for Best Limited Edition, Drama. (Though John Boyega scored his first Globe win for his role in Red, White and Blue, one of the films in Small Ax.)

The show was at its best with the veterans involved. 98-year-old Norman Lear received the Carol Burnett Award for “Outstanding Contribution to Television,” and perhaps because it was pre-coordinated, the TV titan had by far the sharpest audio and video configuration of any distant celebrity. He kept his remarks short and sweet, proving again that he is a national treasure. The same goes for Jane Fonda, who performed in person in the Rainbow Room to receive the evening’s other honorary award, the Cecil B. DeMille Prize. In one of the most exciting moments of the night, she greeted the recent works that inspired her, including Nomadland, Judas and the Black Messiah, Minari (who won after being controversially nominated for Best Foreign Language category) and I May Destroy You (which was banned from nominations despite its critical recognition).

Perhaps the only salvation for this slumber feast was that it ended in under three and a half hours. But considering how much time producers had to run a smooth and relatively painless event – and that they could have seen the comparatively successful fall virtual Emmy Awards for guidance – this year’s Golden Globes only further cemented the irrelevance of the event, which can be witnessed for everyone.