Robin Wright plays Edee in her directorial debut, Land. Wright says her character made a choice: “If I die, it’s up to me. I’m making this cognitive choice to live off the grid and try to find a new Edee.” Daniel Power / Focus features hide labels 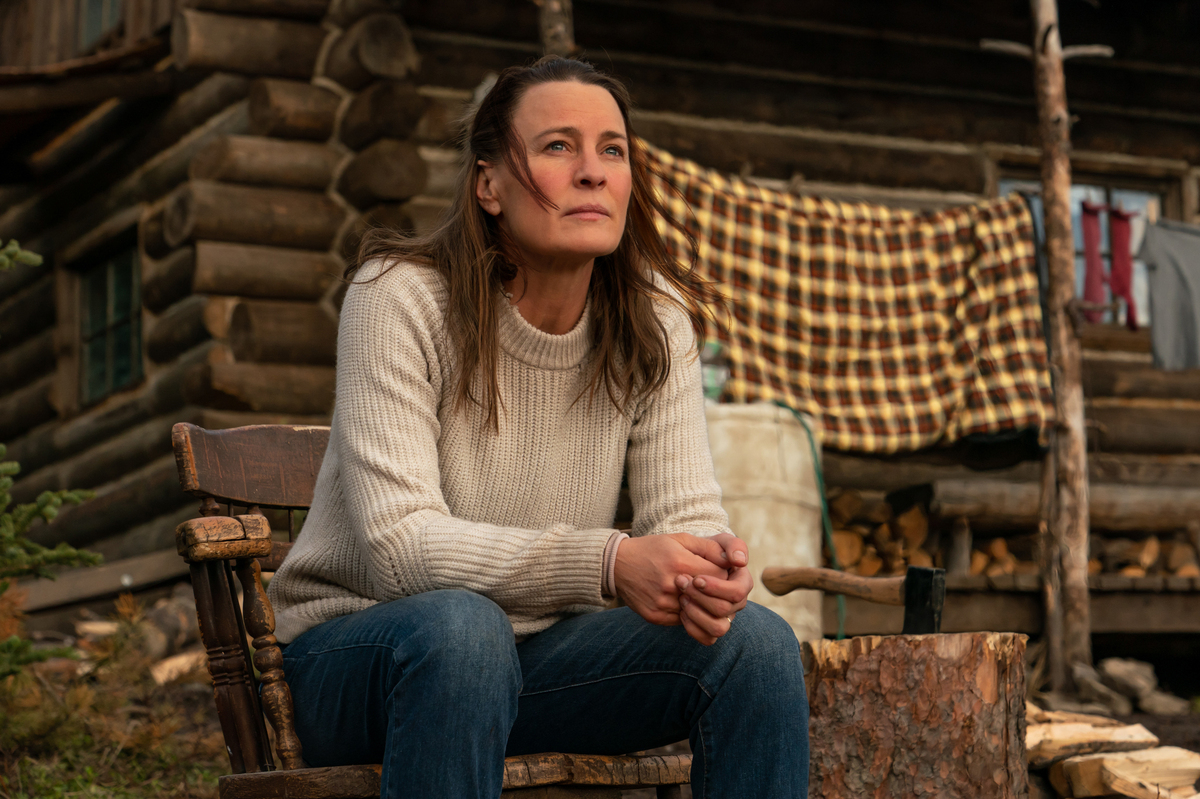 Robin Wright plays Edee in her directorial debut, Land. Wright says her character made a choice: “If I die, it’s up to me. I’m making this cognitive choice to live off the grid and try to find a new Edee.”

Robin Wright isn’t afraid to go to the most painful parts of the human experience. Her latest film Land follows a woman named Edee after the deaths of her husband and young son. Her grief pushes her away from the world and she takes refuge in a small, abandoned hut on the edge of a mountain in Wyoming.

“We played with the word ‘survival’ …” explains Wright, the film’s director and star. “It’s not so much that she wants to die. She wants to obliterate herself – the self she was with her family – because it will never be the same.”

A severe winter storm leaves them no longer able to get food. She lies unconscious on the floor and freezes to death when a stranger, played by Demián Bichir, hits the cabin and nurses her back to health.

I didn’t have to give him much. He knew exactly who this character was. Demián had also brought about an unfathomable event, and he had seen what Edee had with the various stages of grief, and he just said I know this character because I have been there.

When Birchir lost his wife, the actress Stefanie Sherk, to suicide a few months before filming began

When I met him before we shot the film, we sat in my living room for an hour. And he just said, “I have to play this role. It’s therapy for me.” And the only word I gave him as a symbol to represent who he is to Edee, I said, “You are their saint.” And he said, “Done. That’s all I needed. See you on the set.” And we went and I saw him a month later and we started shooting.

About the intimate silence between the characters

That brought Erin Dignam, one of the writers, and she says he has to be careful with his words. He only speaks when it is important. He’s an amazing listener. He is very demanding. And respects her wishes when she says, “I choose to be here. And can’t you tell me about the world outside?”

He says OK but if you want to stay here I’ll teach you how to really survive. And in the silence, you know, we honestly cut a lot of lines. He talked too much and Demián is that quality anyway – he is one of the most soulful men I have ever met. And is such a gentle, beautifully open, gentle soul – what a gift to bring this actor to be in this movie. It was perfect.

In a moment of lightness in the film, when Miguel starts singing the 1980s pop song, Tears for Fears’ Everybody Wants to Rule the World

Erin Dignam, the writer, was actually frustrated and said we need recklessness. And it just occurred to her that he was singing an 80s tune. And when you’re making a low-budget movie, there’s only so much up for you. … We had a choice between this one and I think two other 80s songs I just did with this one. … We just couldn’t stop laughing.

Danny Hajek and Scott Saloway produced this interview and edited it for broadcast. Beth Novey customized it for the web.