McKinnon’s Senator Graham danced to cheers over the acquittal earlier in the day he was interviewed by Fox News’ Tucker Carlson (Alex Moffat).

“The process is over and now we can go over it and focus on some serious problem – that locks Hillary (Clinton) in and sets beautiful Britney Spears free,” said Graham.

“The most important thing is that the good guys won again,” said Graham, pulling Bryant’s Senator Cruz in front of the camera.

‘You are not alone’:‘SNL’ presenter Regina King is the victim of a hair disaster at Gorilla Glue, which is seeking legal compensation

The two senators attempted to praise Trump’s defense attorneys as the sketch shifted to repetitions of past missteps by the legal team.

Lawyer Bruce Castor (Mikey Day) appeared in the Senate and said, “I want to apologize for being unprepared the last time I was here. Wife bought Decaf. But I promise to make it up to you now.”

Kate McKinnon: Reminds us that in America in the first “SNL” of 2021 nothing works 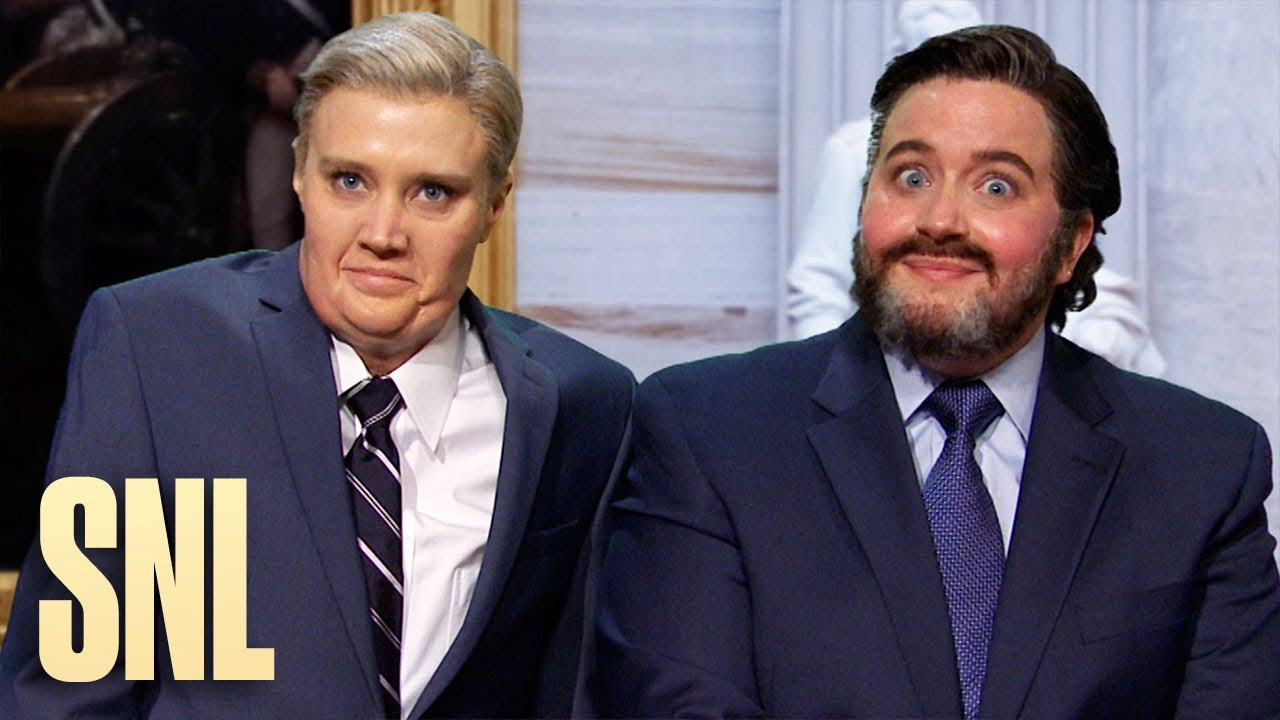 He then made a series of missteps, praising the charges and declaring “crushed it” before allowing his lawyer to speak Michael van der Veen (Pete Davidson).

“This is the worst that can happen to the house in a couple of weeks,” Davidsons van der Veen said of the process. “Now the house wants to bring witnesses about Zoom? Zoom? I can’t afford Zoom. Do you think I’ll get paid for it?”

“If you think Donald Trump called the word ‘fight’ a crime, I invite you to watch this tape,” said Davidsons van Der Veen, playing a clip with a number of characters in the movie who said ‘fight’ – including Minions and Jar Jar Binks.

The last guest was Senator Mitch McConnell (Beck Bennett), who broke down on Trump and admitted, “I think he’s guilty as hell. And the worst person I’ve ever met. And I hope every city, county, and everyone State locks (him) Ahhh, God, that felt good. I’ve been holding this on my neck for four years. “

“This is a moment”:“Bridgerton” star Regé-Jean Page as the presenter of “SNL”, Bad Bunny as a musical guest

Dale Earnhardt’s death at the Daytona 500