David Ploeger, a retired Minneapolis police sergeant who was Derek Chauvin’s shift supervisor, told the court on Thursday that he was not notified of the officer’s knee on George Floyd’s neck or how long Chauvin Floyd had held that position until after he was hospitalized. Court TV over AP hide caption 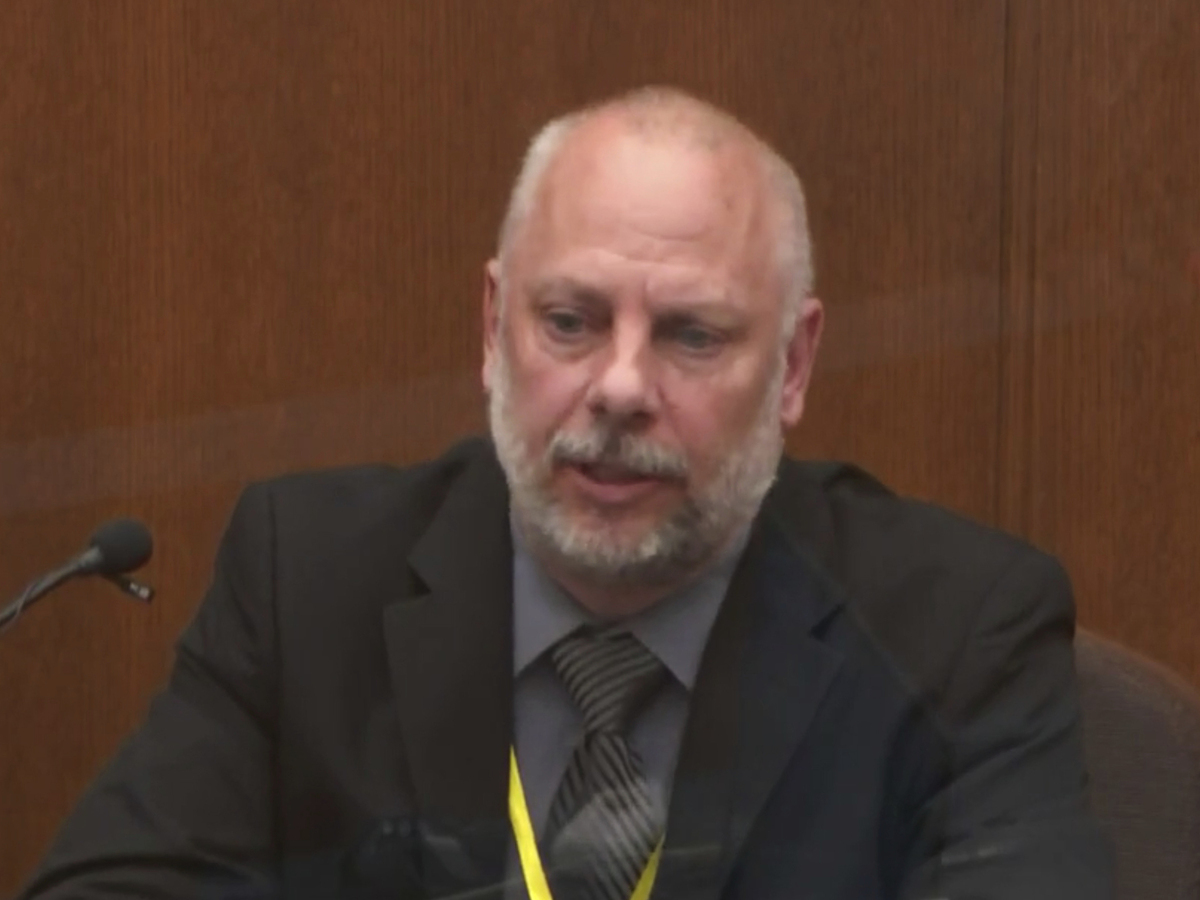 David Ploeger, a retired Minneapolis police sergeant who was Derek Chauvin’s shift supervisor, told the court on Thursday that he was not notified of the officer’s knee on George Floyd’s neck or how long Chauvin Floyd had held that position until after he was hospitalized.

Retired Sgt.David Ploeger of the Minneapolis Police Department testified Thursday in the trial of former officer Derek Chauvin that the forces deployed against George Floyd lasted too long and should have ended after Floyd was handcuffed and stopped resisting afford to.

“When Mr. Floyd stopped resisting the officers, they could have stopped the reluctance,” Ploeger told the court.

“It would be sensible to put a knee around someone’s neck until they no longer resist, but it should stop when they are no longer combative,” he said, later adding that officials should put reluctant subjects on their side to help her breathing according to police policy.

Ploeger was the last witness on Thursday and opened the door to what was likely a technical part of the process.

Ploeger, who was the shift supervisor in charge of Chauvin, and the three other officers who responded to the call about a man trying to use a forged invoice at Cup Foods, were repeatedly asked about the department’s application of violence guidelines to determine whether chauvin violated these protocols or acted within their limits.

The veteran law enforcement officer is the manager called by 911 dispatcher Jena Scurry the day Floyd died in police custody. Scurry, who testified Monday, was alarmed when she saw real-time video footage of the arrest and told the court that officers kept Floyd prone on the ground for so long that she initially believed her dispatch screen was frozen.

On a tape of her call to the department, the court heard her tell Ploeger that she believed the officers used excessive force, but the incident had not been reported at the time.

That call prompted Ploeger to call Chauvin on his cell phone, an exchange the jury first heard about Thursday.

During the call, the sergeant asks Chauvin what’s going on.

“I was just about to call and let you come out of here for our scene,” the defendant can be heard saying.

“We had to hold on to a guy. He was going crazy … He wasn’t going to go to the back of the team,” Chauvin said before cutting off the recorded portion of the call.

He doesn’t tell Ploeger that he managed to hold Floyd back by pressing his knee on the black’s neck for almost nine minutes Spectators told what seemed to be his last breaths.

“I think he told me that they tried to put Mr. Floyd, I didn’t know his name then, Mr. Floyd, in the car. He had become combative,” Ploeger recalled at the booth.

“I think he mentioned he was injured – either his nose or his mouth, a bloody lip I think, and finally after fighting with him he suffered a medical emergency and an ambulance was called, and.” they left the scene. ” Ploeger continued.

After the call, Ploeger said he drove to the site of the incident, where he learned of the gravity of the situation upon his arrival. But even after his arrival, he told the court that neither Chauvin nor any of the other officers had told him that the defendant was handcuffed and kneeled on Floyd’s neck and back long after he passed out.

It wasn’t until later that night at Hennepin County Medical Center that Chauvin finally told him what he’d done, Ploeger said. But the officer didn’t say how long he had pinned Floyd down.

Defense attorney Eric Nelson spent much of the cross-examination asking Ploeger a series of hypothetical questions to illustrate how officers must assess various levels of threat in a given situation and modify their behavior accordingly.

If a crowd of onlookers becomes increasingly volatile during an arrest, Nelson asked, should an officer focus on the arrest or the crowd?

“I think you should take care of both of them at the same time,” replied Ploeger.

Nelson then suggested a more extreme scenario: he asked if Ploeger was involved in a gun battle and a person was injured, if he was dealing with threats or resuscitating the imaginary victim. ”

Ploeger said he would deal with the threat.

In response to another question from Nelson, Ploeger said he agreed that officials sometimes have to do very violent things.

Prosecutor Steve Schleicher then picked up the same thread but came across it from the opposite angle.

“Some of the information the officer needs to take is whether or not the subject is resisting, and if the subject does not resist, there is no need to keep detaining it,” the prosecutor asked.

Schleicher then asked whether in the critical thinking model it was reasonable for an officer to take into account the subject’s state of health.

“And in such a case it would be possible that the officer does not have to do something violent, but less violent. How do medical help?”

Schleicher then returned, for example, to the firefight set by Nelson.

“You haven’t seen any firefights,” he asked, referring to the various videos Ploeger reviewed of the incident.

Stocks rise in Japan and China; most other major markets closed for holiday