The Omega Seahorse symbol on the Seamaster case-back explained

If you own an Omega Seamaster (James Bond) watch, you’ve likely noticed the Omega Seahorse logo on the case back and wondered what it means. In this article, we’re going to take a closer look at this hippocampal symbol.

The first Seamaster watch was launched in 1948. In the 1950s, Omega was looking for a symbol of the diving and ocean qualities of the Seamaster range.

At the time, an engraver named Jean-Pierre Borle was working at Omega. He also designed the observatory medallion used in the Omega Constellation models. During a visit to the city of Venice, he was inspired by the hippocampus symbol. The hippocampus, sometimes called the seahorse, is a mythological creature shared by Phoenician, Etruscan, Pictish, Roman, and Greek mythologies, although its name is of Greek origin.

The hippocampus usually has the upper body of a horse with the lower body of a fish. So it is not really the small marine fish found in the ocean (although it is also called the hippocampus).

Ornamental hippocampal statues are found on the sides of most Venetian gondolas on each side of the boat, symbolizing the protection of drivers and passengers of the gondola. 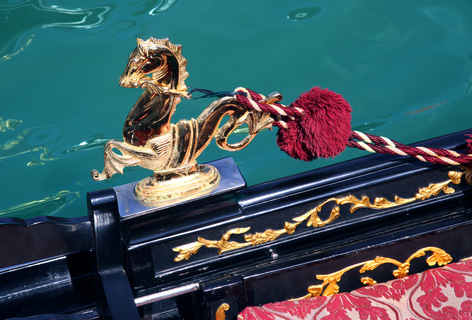 A bridled hippocampus on a gondola in Venice, Italy.
Photo © Ekaterina Polyashova | Dreamstime.com

These hippocampi come from the image of the Greco-Roman sea god Poseidon / Neptune, who drives a chariot drawn by Hippocampi.

The gondolas have sculpted depictions of Neptune’s seahorse side with bridles. The bridles can also be seen in the final Omega Seahorse logo. The statues are not only used for decoration, but also for mooring.

Venice … a gondola, do you mean like the gondola that Bond rides in? Moonraker?

In fact, even James Bond’s gondola prepared by Q-Branch in Moonraker (1979) has the golden hippocampus statues on the side. 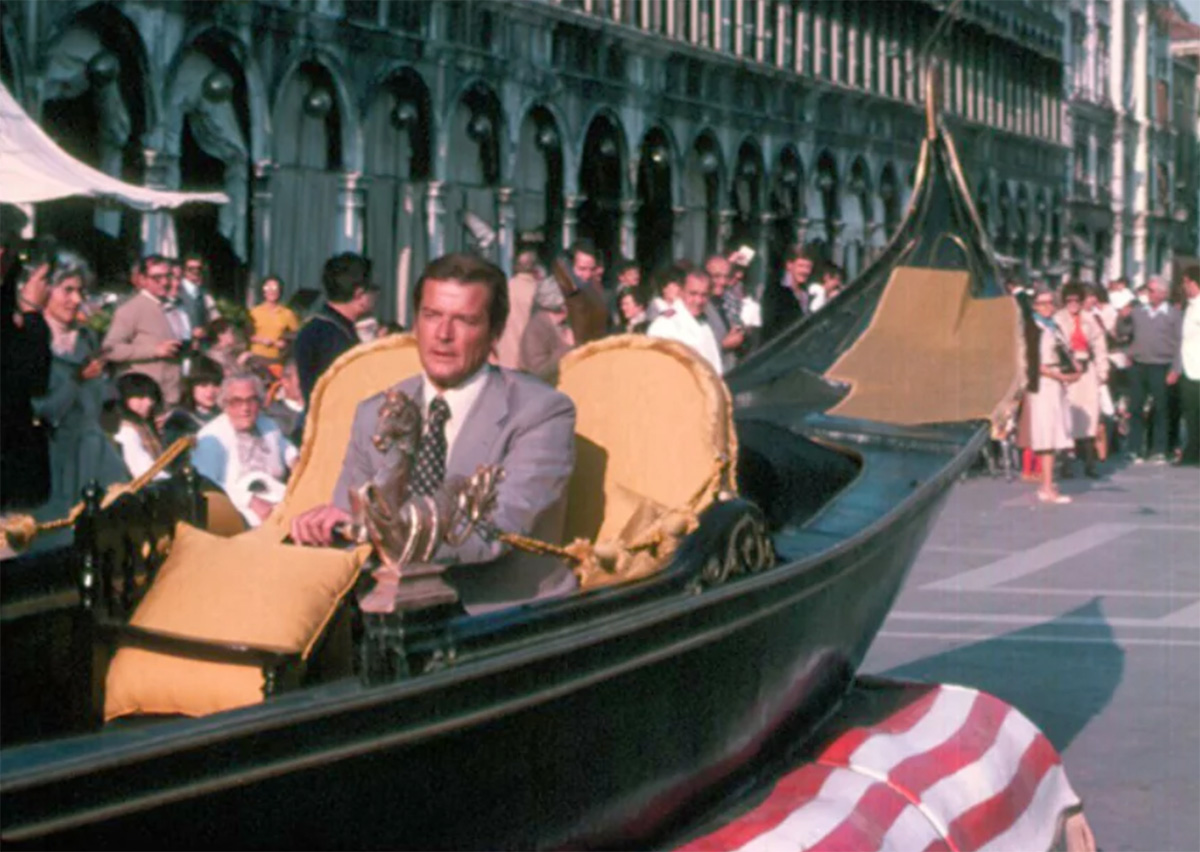 A production from the Moonraker in Venice (Piazza San Marco). The hippocampus statue can be seen in the middle of the gondola.
Photo © 1979 Danjaq LLC and MGM – Photo via Thunderballs.org

From 1957, the hippocampus became the symbol of the Omega Seamaster. 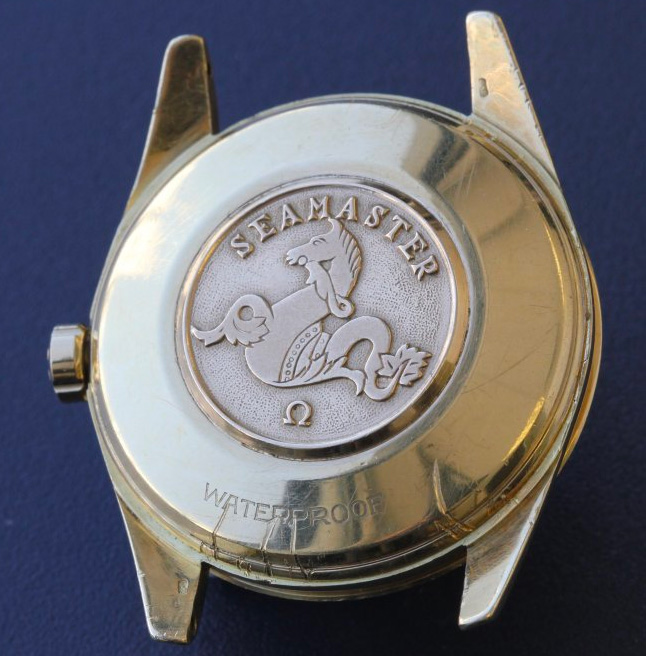 The Omega Seahorse symbol is most clearly found on the caseback of Seamaster watches. Pierce Brosnan’s Seamaster watches and some of Daniel Craig’s watches in the James Bond films have the symbol on the case back. Only watches with a transparent caseback do not always have the logo on the watch, but the logo is usually somewhere on paper or parts of the packaging. 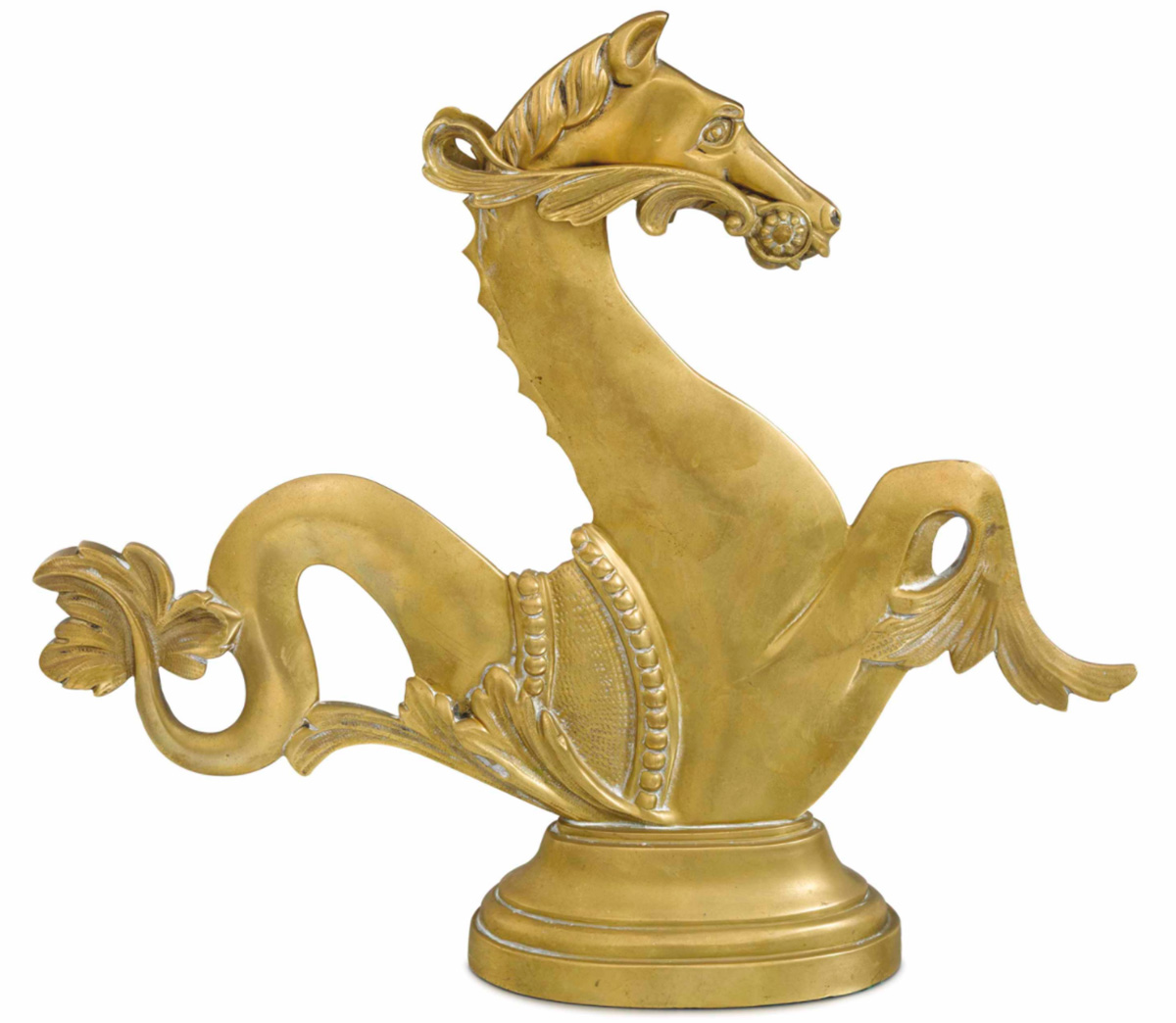 An Omega Gilt Brass Seahorse Shop Display Unsigned, around 1960, auction at Christies in 2015 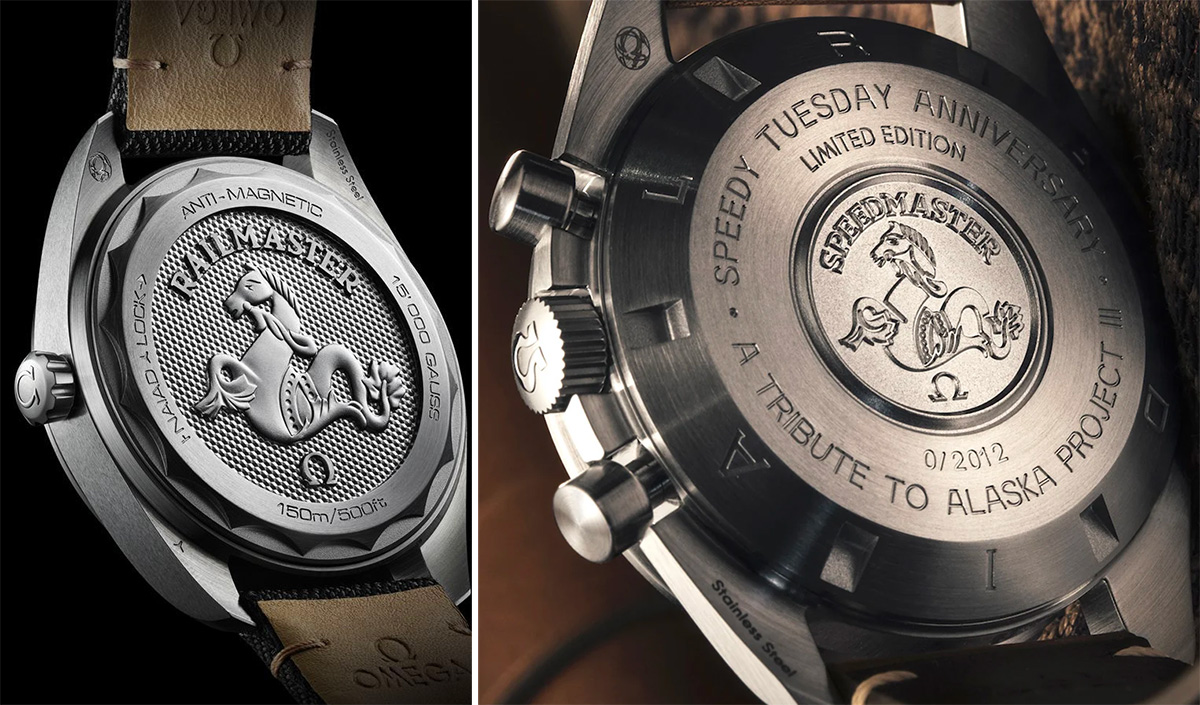 And on one watch, the Omega Speedmaster 50th Anniversary Moon Watch Ref. 311.30.42.30.01.001, the Seahorse logo also appears on the dial (read more about this watch on Brother watches). 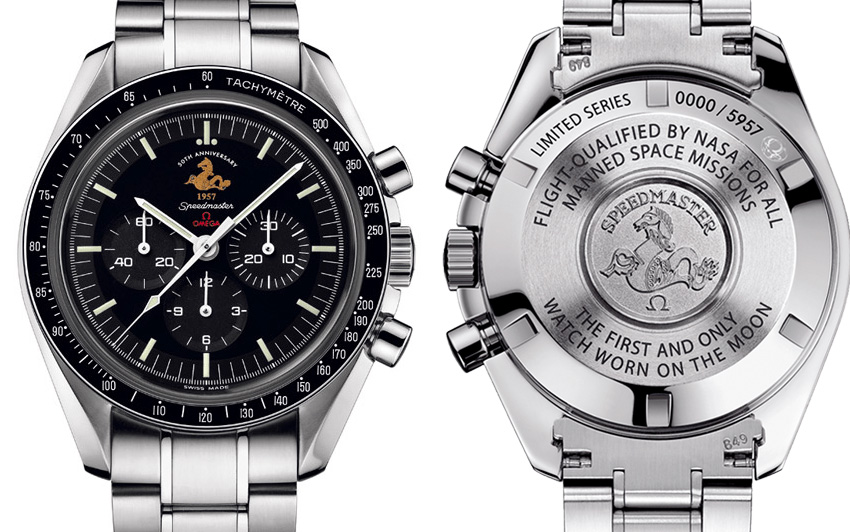 To celebrate how the famous Italian city inspired the famous engraving of the case back, Omega launched a Seamaster Edizone Venezia collection in 2017, sold exclusively in Venice.

The history of the collection begins in the 1950s when Venice provided the inspiration for one of OMEGA’s most famous symbols. 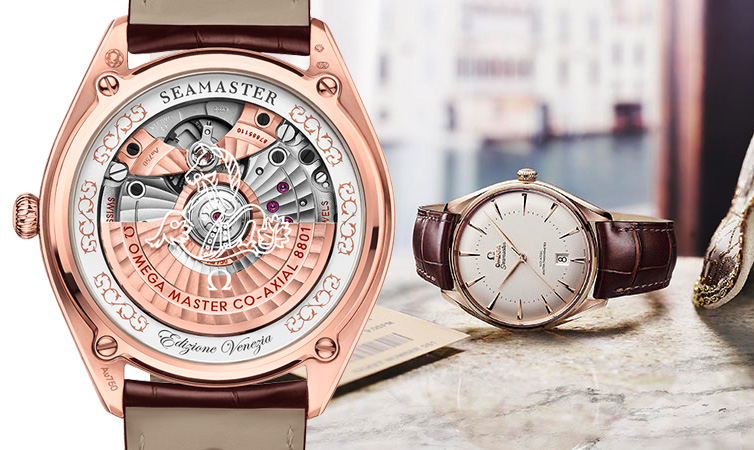 Seamaster Edizone Venezia Collection: The famous seahorse medallion was laser engraved on the sapphire crystal back. There is also a rendered pattern very similar to the intricate detail of Venice’s own flag.
Photo © Omega SA

Bond has prominently visited Venice in two films: first, in MoonrakerRoger Moore as James Bond visits the famous city in search of Drax Industries. in the Casino royale, James Bond and Vespers sail to Venice in Bond’s Spirit yacht.