How do you tell the story of absence? How do you visualize the space that longing takes up? These were the challenges in creating Sheila & Joe, a film about two people separated by imprisonment who met, fell in love, and connected their lives through letters.

We first met Sheila Rule when Ed Kashi was making a video about ending the stigma of incarceration for the Think Outside the Cell Foundation, a nonprofit she and Joe Robinson founded. At the time, Joe was serving a 25-year life sentence in New York State. Sheila, a former journalist, not only addressed the injustices of mass imprisonment, she was also personally involved to an extent she never expected.

Once you’ve met Sheila, you can’t let go of her. She has the rare ability to make you feel intimidated and cared for in the same moment. She exudes an inner clarity that appears strong and vulnerable and irresistibly fascinating. Your presence makes you want more. Her story with Joe is also the kind of lottery ticket documentary filmmakers dream of: the former New York Times The office manager falls in love with an imprisoned man and marries him 11 years before his release.

Sheila Rule and Joe Robinson ride the subway to a Riverside Church Prison Department meeting in Manhattan on November 20, 2016. Rule and Robinson, who have been married for nearly 12 years when Joe was incarcerated, are here for the first time since his release from a 25-year sentence for the murder of a man. Ed Kashi hide caption 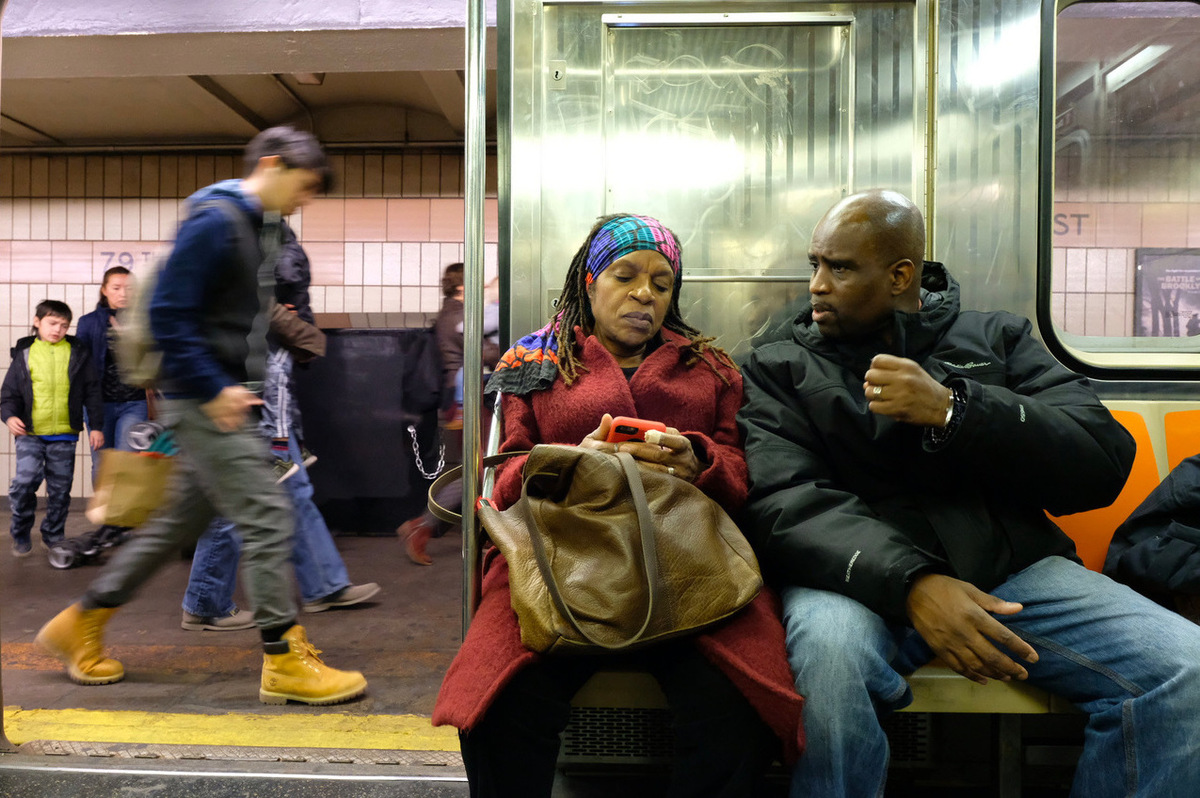 Sheila Rule and Joe Robinson ride the subway to a Riverside Church Prison Department meeting in Manhattan on November 20, 2016. Rule and Robinson, who have been married for nearly 12 years when Joe was incarcerated, are here for the first time since his release from a 25-year sentence for the murder of a man.

First, Ed and I discussed filming during Joe’s re-entry process in order to create an accurate account of their transition to living together as husband and wife. Whether we didn’t have the courage to invade their hard-earned privacy or whether we thought that approach was too serious (probably both), we opted for a poetic tribute to their love instead.

Sheila and Joe’s letters – hundreds of pages written over thousands of days – provide a roadmap for their unlikely bond. The film honors the integrity of the letters and follows chronologically as the relationship develops. In this way, viewers can experience the unfolding of Sheila & Joe’s attraction, fear, insecurity and passion in real time.

We filmed Sheila and Joe reading her letters at Riverside Church, where she started writing letters for the Prison Department program. We chose dramatic lighting to formalize the reading of letters as if it were a stage performance carefully curated for an audience. We also conducted an interview with Sheila and Joe, used sparingly to fill in details missing from the correspondence. 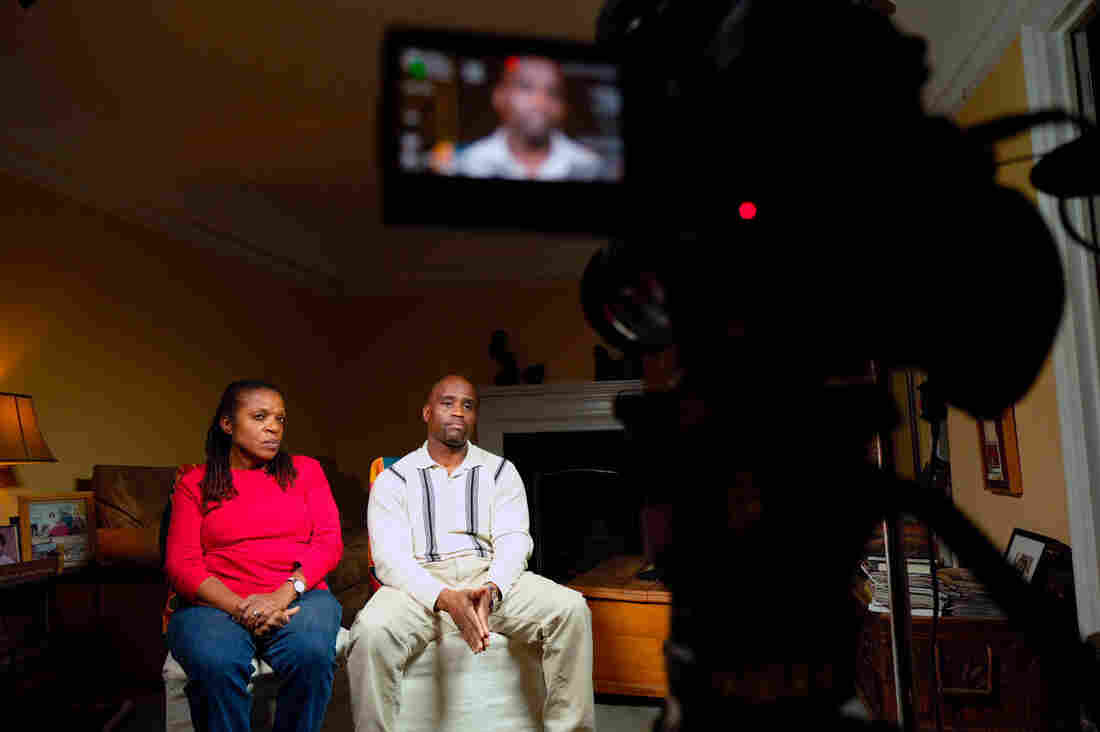 Rule and Robinson will be interviewed by Talking Eyes Media for a documentary at their home in New York City on October 12, 2016. Ed Kashi hides the caption 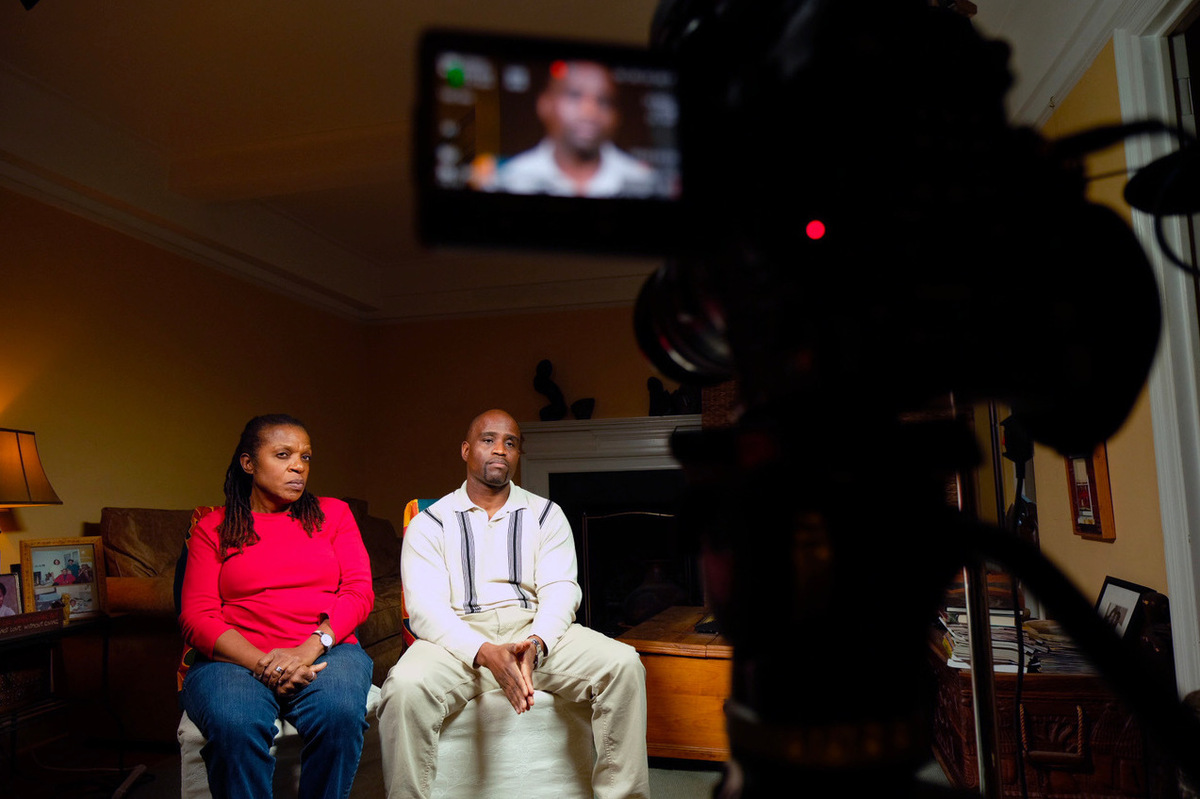 Rule and Robinson will be interviewed by Talking Eyes Media for a documentary at their home in New York City on October 12, 2016.

The letters were then brought to life by the skillful hand of Stephanie Khoury, who created scripts from Sheila’s and Joe’s handwriting and animated passages for greater emphasis. Stephanie used videos and stills from our archives and external sources to put together a visual collage that dances across the screen throughout the film. We worked with suggestive, moody imagery to reconstruct the emotions in the story and layered sound design to make the experience even more immersive.

Visually, we didn’t bring Sheila & Joe together until almost five minutes after the film started because they didn’t meet in person until more than a year after they wrote them. We were also determined not to let Joe’s crime define his character, so the details are not revealed until the moment they meet in the flesh, true to their actual relationship. Joe’s crime is intentionally a footnote to this story that allows the vastness of their relationship to overshadow a single tragic moment from Joe’s past. 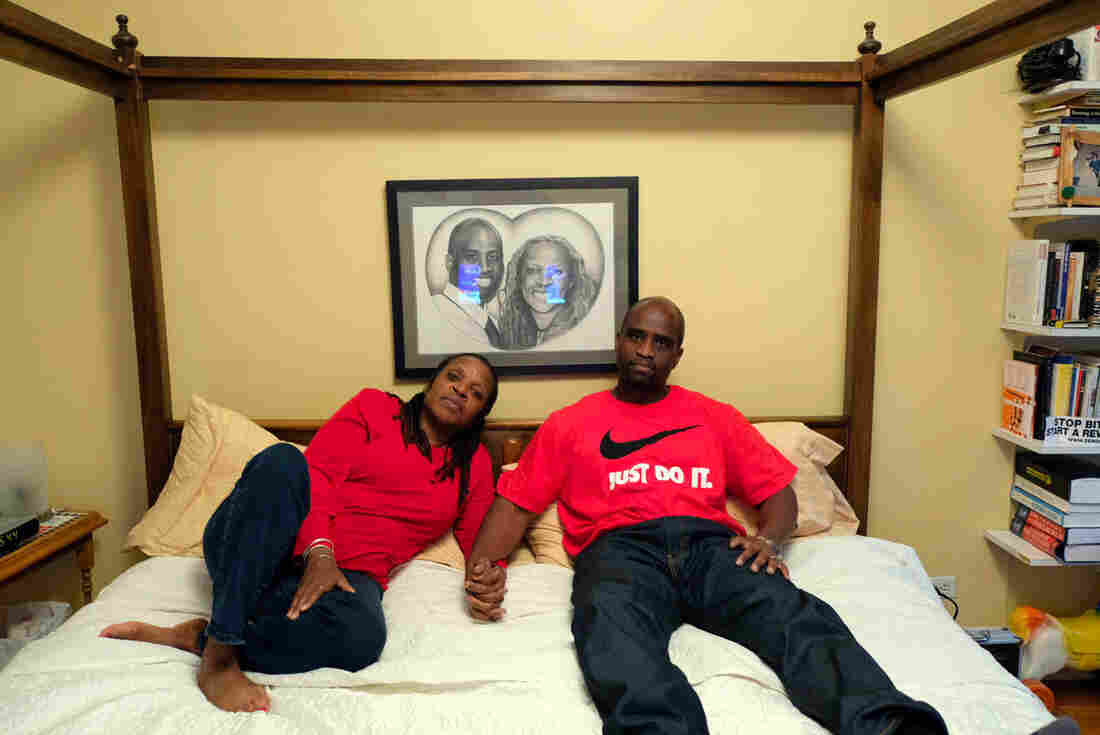 Rule and Robinson were married in prison in 2005. Here they pose together in their home on October 9, 2016, days after his release. Ed Kashi hide caption 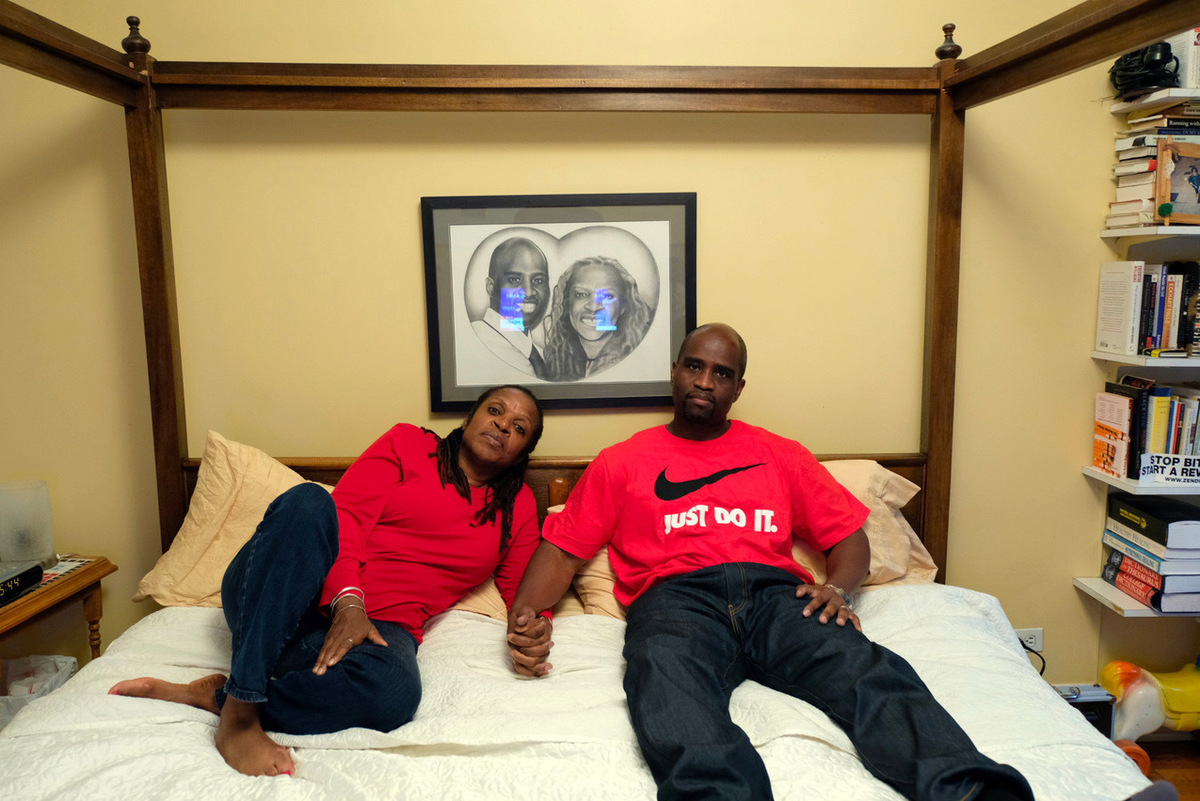 Rule and Robinson were married in prison in 2005. Here they pose together in their home on October 9, 2016, days after his release.

I had heard stories in the past from men in prison courting women from outside as pen pals, and I admit skepticism. How could true love be born from such disturbing circumstances? Sheila and Joe’s letters help decipher how such an unlikely bond can develop under inhospitable conditions. We can testify that this is love, complex and real, and that despite their age difference, physical separation, and different realities, they are irrevocably attracted to one another.

Through their letters, Sheila and Joe bare their souls so completely that the viewer is entrusted with two precarious, exposed hearts. Their disarming intimacy transports us as it has transformed them.

Julie Winokur is a documentary filmmaker and Managing Director of Talking Eyes Media. Follow her on Instagram @talkingeyesmedia.

‘It would be nice to spend money and go on vacations’: I’m 58 and have lived in my home for 40 years. Should I downsize and rent?