Tim O’Brien On Late-In-Life Fatherhood And The Things He Carried From Vietnam : NPR

Tim O’Brien was a foot soldier during the Vietnam War. “The real problem for me is that I have questioned the veracity of the war,” he says. “I thought I was doing the wrong thing by being there.” Hide caption courtesy of Gravitas Ventures 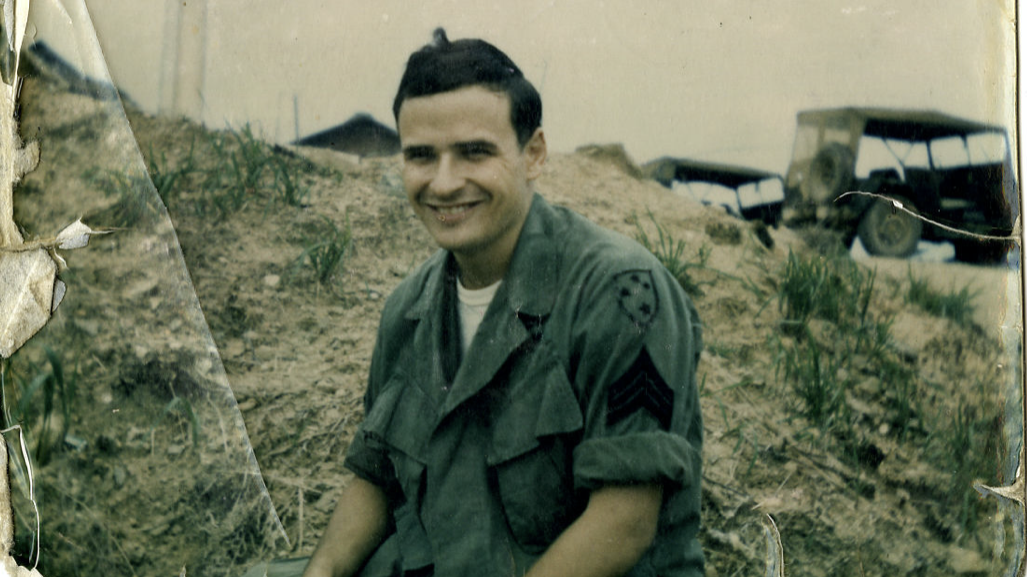 Tim O’Brien was a foot soldier during the Vietnam War. “The real problem for me is that I have questioned the veracity of the war,” he says. “I thought I was doing the wrong thing by being there.”

National Book Award winning writer Tim O’Brien is best known for his stories about the Vietnam War, including the 1990 novel, The things they were wearing. But he says he would give up any book he wrote if it meant more time on earth with his two young sons.

74-year-old O’Brien didn’t become a father until his late 50s. He said he was initially concerned that children would affect his writing skills.

“I identified myself as a writer as a young boy,” he says. “That was what I wanted to be and do and what I appreciated – forming graceful sentences. And I thought that with one child in the house – and then two children in the house – that would end.”

Having children made him withdraw from writing, which he did for many years. But at some point, O’Brien started again – this time focusing on fatherhood. His 2019 book, Papa’s Maybe Book, was his first since his sons were born.

“Similar to Vietnam, [parenthood] gave me a lot of material, that kind of context to write about, “he says.” Maybe it’s biology that keeps the species going, but I feel like I’m part of something ancient that will go on long after me. ” I’m gone. “

O’Brien reflects on writing, mortality and its experiences in Vietnam in Tim O’Brien’s new documentary, The War and Peace.

Speak openly with his sons about mortality

I speak to them pretty bluntly when they say, “Dad, you’re old, you’re going to die.” I said, “I know. Sorry.” I don’t say “no” and I don’t deny it because it’s a lie and I don’t want to leave you with a lie. Reality is reality, and they have adjusted to it over time. The crying stops, especially my older boy Timmy would really cry about it. He came out in the middle of the night and woke me up and said … “You’re going to die, Dad, and I can’t take it.” And we talked about my age and what a great gift it had been to spend time with them. When my older boy is 17 and my younger Tad is 15 they still think about it. I’m still thinking about it. My wife is still thinking about it. But it’s not macabre. It’s not grim. It is becoming more and more comfortable with reality. And we have a happy house, I think, also because we don’t deny reality.

I had a difficult childhood. My dad was an alcoholic and sometimes he wasn’t physically present, but most of the time he was also not emotionally present. He was a great man in many ways – he was funny, fun to be with when he was sober, but when he wasn’t life was tough. … And I was afraid I would have inherited the chromosome that caused it, and I didn’t want to be a bad father. That was a huge part of it.

How his father, who wanted to be a writer, thought of his son’s books

Jealousy was part of his attitude towards it. I think he was proud in a sense too. … people are such complicated people. He never spoke orally to me on the subject. He never said he liked my books. He never spoke to me about the contents of the books, about the events in the books. I do not know why. I’m not exactly sure he was Ever read it through in full. Maybe he did. Maybe not. It is a mystery to me because so much in my life is a mystery to me.

Not feeling traumatized by the war

I look at my hands sometimes and think, ‘God, those hands were in a war. You’re not a violent guy and you couldn’t have pulled the trigger. ‘And I know I did. And I know I’ve been violent, that I’ve shot people and it just doesn’t feel real.

I don’t dream much of it. I certainly don’t think about it much in my waking life. And the reason is … for my whole life it felt like it wasn’t real, even in Vietnam. “It can’t happen. It can’t happen. You are not a soldier.” There’s a constant feeling that the war didn’t really feel to me even when it happened, and that has only gotten worse now that it’s over. I look at my hands sometimes and think, “God, those hands were in a war. You’re not a violent guy and you couldn’t have pulled the trigger.” And I know that I did. And I know I’ve been violent, that I’ve shot people and it just doesn’t feel real.

I hated Boy Scouts and Boy Scouts. I didn’t like bugs and I didn’t sleep in the rain or any of it. And I didn’t know anything about guns. And a lot of the people I worked with were the outdoors guys, and they liked and knew this stuff. I think the “College Joe” thing might not be derogatory, but it meant I wasn’t fit to be a soldier – and neither was I. I did the only thing I could do, which was … I just kept my legs moving. I didn’t fall to the ground. I have not quit. I didn’t say, “Take me to an asylum and lock me up.” I kept going. And I look back on it as the only kind of pride. Somehow I endured everything. That is something.

And the real problem for me is that I have questioned the rightness of the war. I thought I was doing the wrong thing by being there. And it kept eating me where most of the men around me thought we should invade North Vietnam and put a big iron curtain around Hanoi and then bomb Hell out of it. … It was a source of ongoing guilt and shame that I actually went to this thing and participated in it. If there is one burden that I have to carry through my life, it is the heaviest. It’s the feeling of: I shouldn’t have done it.

On the title The things they were wearing

The word “they” is meant to encompass not only soldiers, but also soldiers’ mothers, fathers, but also go beyond those of your concern as a broadcaster and as an interviewer. Did I work well enough? Did I ask the right questions? Did I find what I was looking for? Do you know how to take these things home with you? … We all wear physical things that represent who we are. But we also carry the emotional aftershocks of our lives – the joys and the sadness and everything else.

It was a tearful experience. I broke down and cried. I found the names of people who died in my presence, put my fingers on their names, and leaned against this wall. It makes me cry now, just remembering that moment, I was just before dawn, almost dark, and the shadows of the wall were shadows of war over me and my friends. It was an emotional time and a beautiful elegiac monument to human suffering.

Heidi Saman and Seth Kelley produced this interview and edited it for broadcast. Bridget Bentz, Molly Seavy-Nesper, and Beth Novey customized it for the web.