Tissot PR-516 – the unknown watch from Live And Let Die

So much has been written about the watches worn by the various actors who played James Bond in the many films in the franchise. Some of these watches have become true watch legends over the decades. The first to initiate the series is obviously the Rolex Submarinerand since 1995 omega is the main watch supplier for James Bond.

But after some research and some (re) readings from the biggest websites, blogs, including this reference site Jamesbondlifestyle.com, it turns out that there was an important oversight that should be brought out of the dark. Why and how many specialists missed Roger Moore’s Tissot PR 516 Date in the 1973 James Bond live and Let Die?

This article first appeared in French on soblacktie.com and was translated and slightly rewritten for Bond Lifestyle. Many thanks to the original author Pierre Jean. Follow him on Instagram below pierre_jean, the_rolexrialist and soblacktie.

In the early Bond films, the world’s most famous British secret agent, James Bond, wears one Rolex Submariner, in different versions, whether with Sean Connery or George Lazenby. The latter wears two different Rolex models in the same film, a Submariner and a Rolex chronograph, a unique pre-Daytona Reference 6238 with red second hand, originally sold by Bucherer in Switzerland.

In 1973, Roger Moore first donned the James Bond suit in one of the series’ best episodes live and Let Die Directed by Guy Hamilton.

In the 1970s, quartz and digital made their watch revolution, so it’s no surprise that the most gadgeted secret agent wears a watch of its time, namely a Hamilton Pulsar P2. A watch that was quickly replaced by Q and James Bond offered, among other things, a Rolex 5513 Submariner with the legendary “Buzz Saw” (bezel that rotates like a saw). And here begins a riddle: why does Roger Moore step onto the screen in the middle of the film in some takes of the film, including the extraordinary speedboat chase, a watch that is neither the Pulsar nor the Rolex Submariner? 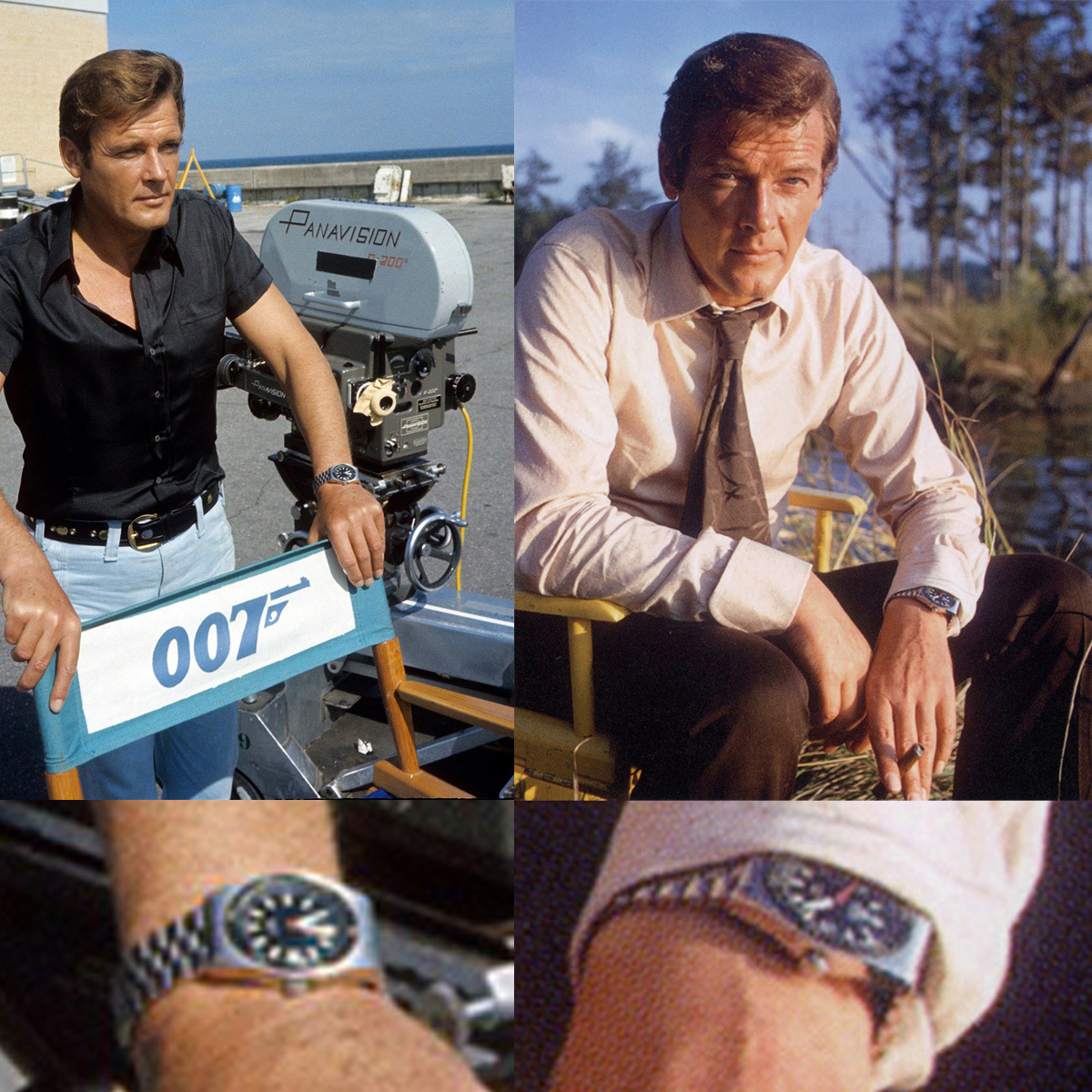 This third watch in the film is the Tissot Visodate Automatic PR-516, the MK1 version of the series, with a Bakelite bezel and Oyster-type steel bracelet. A nice diver and greatly underrated. You will agree that unlike the other clocks in the scenario of the film, this watch has no legitimacy. At no point is a script element introduced for any reason. 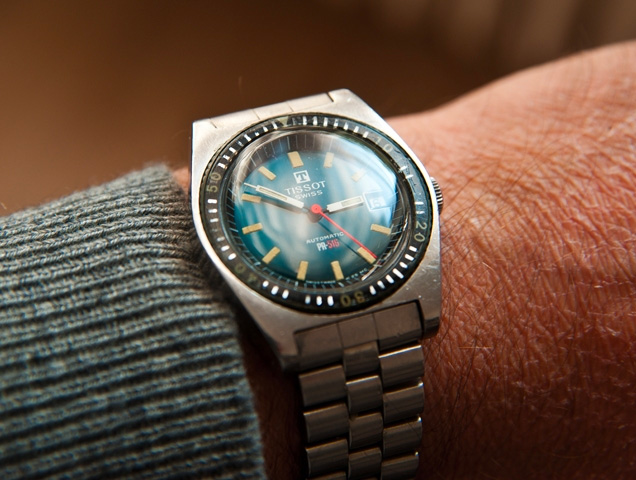 Although the clock can be seen behind the scenes in many photos, the only scene where Bond appears to be wearing the clock on screen is the Bleeker Flying School airport scene and the speedboat chase.

Some theories claim that it is Roger Moore’s personal watch. It appears in the film itself, of course, but also on various photos on the film set (photos taken before or after filming). Or even on Roger Moore’s wrist in 1975 … I think the director and producers of the time had an eye for detail, but what about the filming timeline? 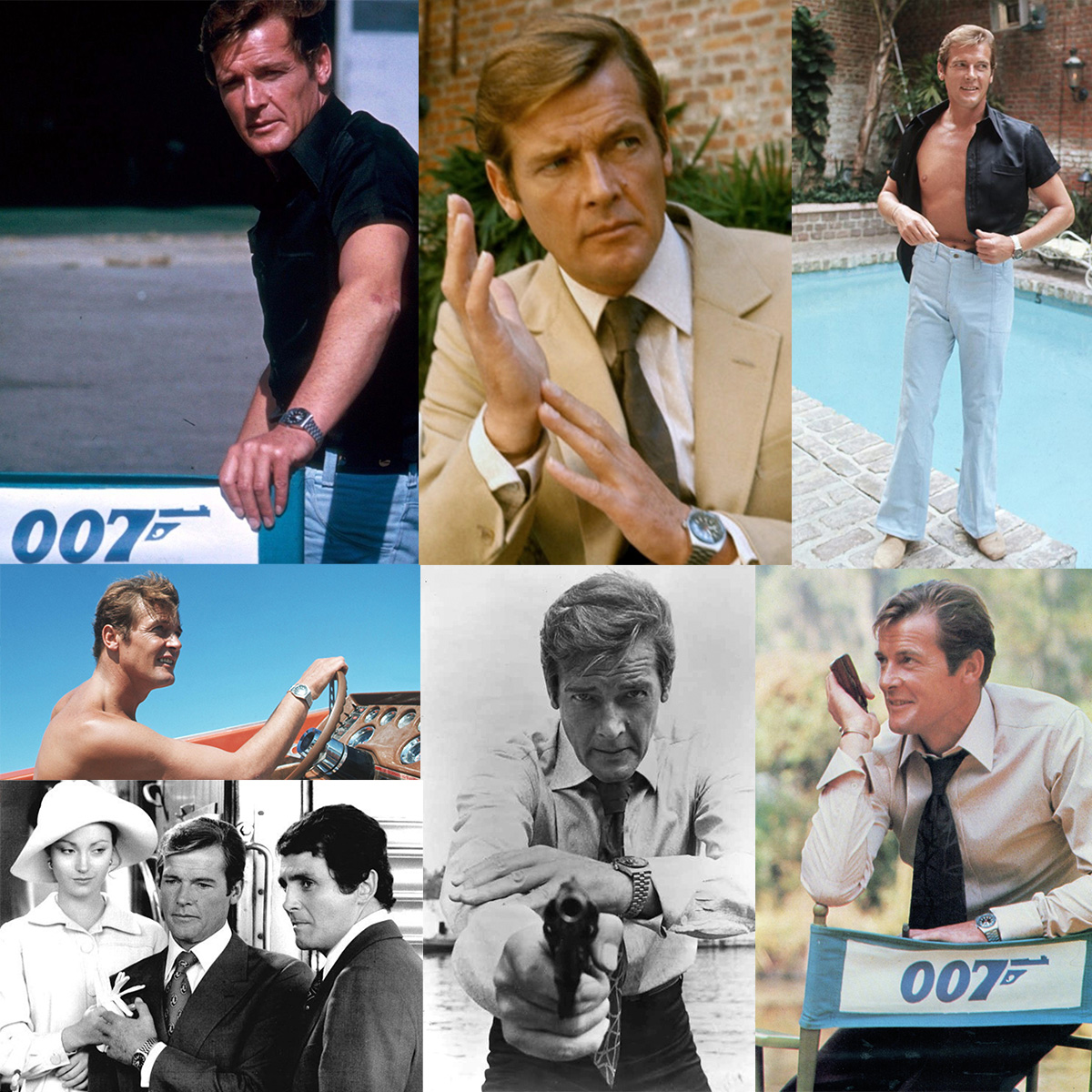 Roger Moore wears the Tissot behind the scenes in all of these photos
Photos © Metro-Goldwyn-Mayer Studios, Inc and Danjaq, LLC

One theory could be that the Rolex Submariner was not ready for filming in time, a delay related to props at Rolex could be plausible. Roger Moore in a short-sleeved shirt without a watch can cause visible editing errors on the screen. The Tissot PR 516, which comes with an Oyster bracelet close to that of the Submariner, could be considered the look-a-like of the Rolex in the movie. 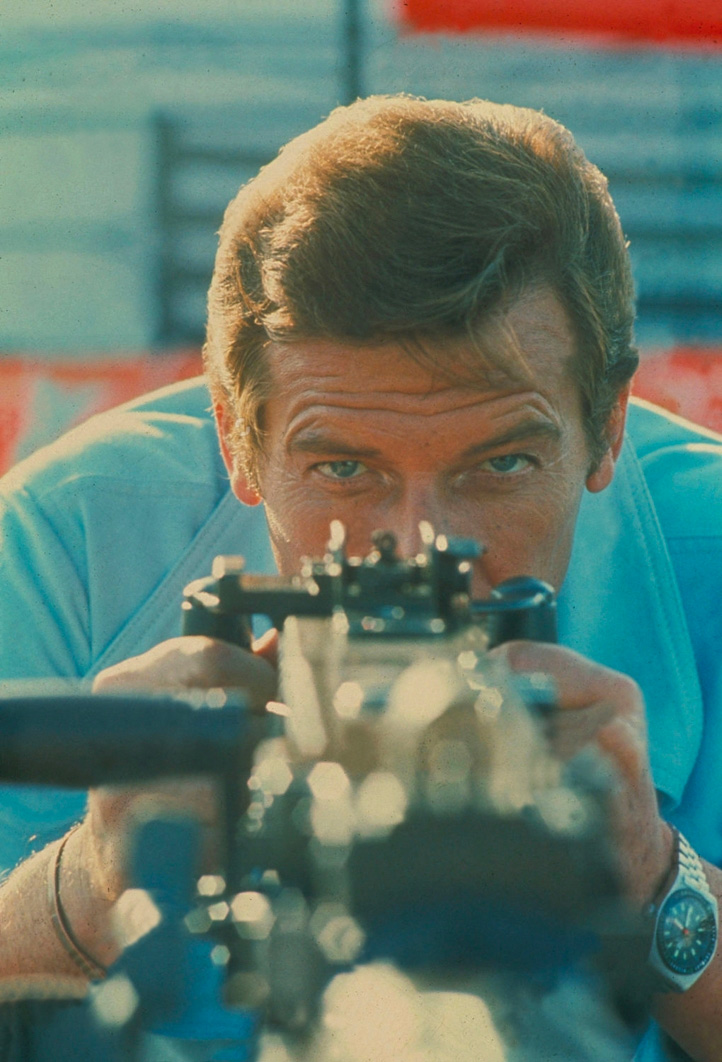 Roger Moore wears the Tissot behind the scenes in this photo
Photo © Metro-Goldwyn-Mayer Studios, Inc. and Danjaq, LLC

The Tissot PR 516 on a James Bond is not very well known or described. Enthusiasts have done similar research but there are no official records at the moment, but today I wish that this watch would be honored as it deserves because it is truly adorable, has a certain charm, and revives collectors’ interest should.

The Tissot PR 516 watch from the time of the film is available in different variations: date, day-date, alarm, chronograph (two and three meters) and regatta chronograph in a beautiful 36 mm steel case.

The watch in the movie only appears to have a date (no day), a red seconds hand, and a divers’ bezel. 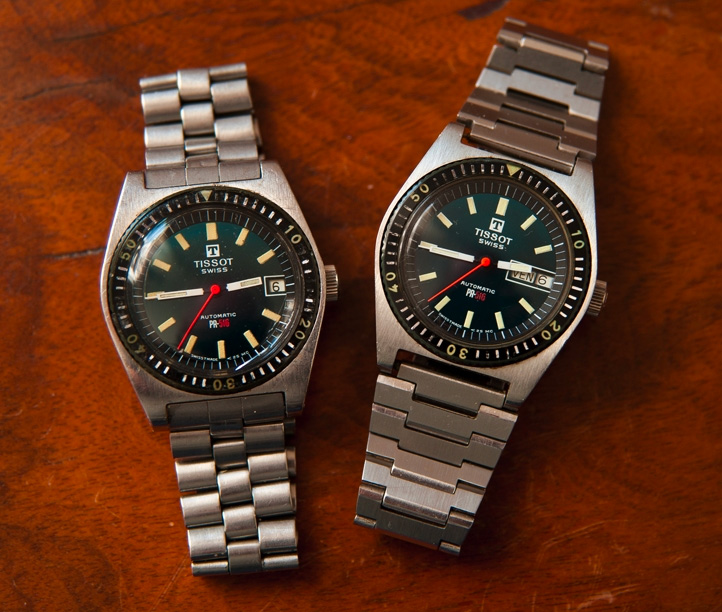 The model worn by Roger Moore is likely the watch on the left with a date window and an oyster bracelet. The clock on the right has a day-date window.

I am convinced that you will not see James Bond in this way anymore live and Let Die During your next television broadcast and by the end of this article, you will have an irresistible desire to see if a Tissot PR 516 James Bond is not put up for sale to add to your collection.

Find the Tissot PR 516 on eBay

Note that another Tissot watch that Tissot T-Touchwas worn in the 2002 movie die Another Day, by Bond Girl / Villain Miranda Frost (played by Rosamund Pike).

This article first appeared in French on soblacktie.com and was translated and slightly rewritten for Bond Lifestyle. Many thanks to the original author Pierre Jean. Follow him on Instagram below pierre_jean, the_rolexrialist and soblacktie.

With thanks to Thunderballs.org for the Live And Let Die photo