Trial Is A Chance For Justice : NPR 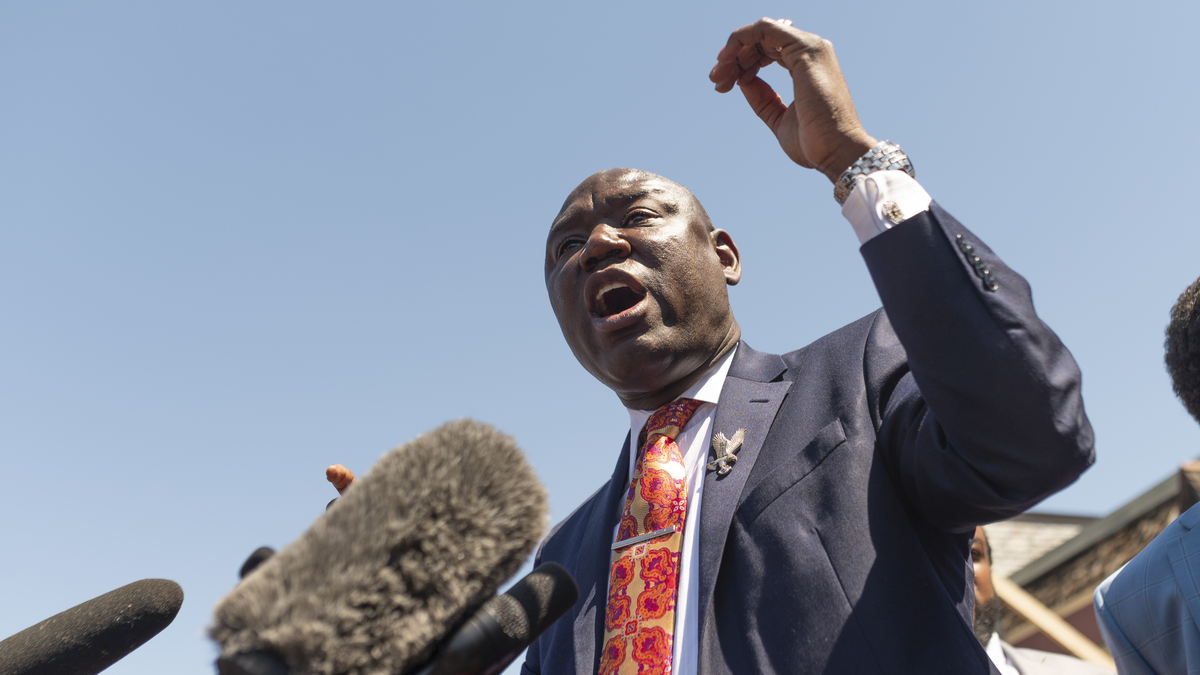 Attorney Ben Crump speaks during a press conference at the location where George Floyd was killed in Minneapolis. Crump has represented numerous families of people killed by police.

When black people are killed by the police, one man has always represented their families: Ben Crump.

The top-class civil rights attorney has taken over more than 200 Cases of police violence that have caught media attention and attract millions in civilian settlements for the families of those killed.

Now, attention is turning back to Minneapolis to select the jury in the trial of Derek Chauvin, the former police officer charged with the murder of Floyd’s death.

Crump says Floyd’s family is concerned. It’s especially difficult because only one family member can enter the courtroom due to COVID-19 restrictions, he says.

“It’s very difficult for them because you want another family member to lean on it and get some emotional support.”

Crump has too filed a civil lawsuit on behalf of Floyd’s family against the city of Minneapolis and the former police officers involved.

Crump spoke to All Things Considered about his work representing the blacks killed by the police. Here are some excerpts:

Do you think civil settlements and civil suits actually alleviate the problem of police killings?

I think yes and no. In many ways, these settlements and these judgments in which to pay are making them reconsider. That is why they have now abolished no-knock warrants [in Louisville]. In George Floyd’s case, I think they will be held accountable both civilly and criminally. …

The more these city governments have to take their budget as compensation for these families in these [Section] 1983 unjustified death Civil rights cases the more they make changes so they don’t have to keep paying out money. That’s the “yes” part.

The “no” to the answer is: the fact that George Floyd was supposed to be a turning point on May 25, 2020 after they killed him. But [in the] Six months after George Floyd’s death by early this year, in January, another 130 black people were killed by police.

The first time I met you was in Panama City, Florida. Case of Martin Andersonwho was the young man killed after being beaten by MPs in a teenage boot camp. And he would have turned 30 last month.

It’s so tragic. Martin Lee Anderson’s case was Tray from Martin in front of Tray von Martin. But this young man was kicked, beaten and suffocated during this video surveillance. And while we received the largest amount the state of Florida has ever paid for an individual death, none of the eight guards who kicked and punched him and put ammonia tablets up his nose was not convicted. In fact, the all-white jury in Panama City only stayed outside an hour and a half saying that everything was justified, that this 14-year-old kid would not hold anyone accountable for killing him.

Does it feel like progress has been made since then?

Progress has been made. We must remember that it is only in the past 30 years that blacks have received civil compensation for the police who killed us. I mean, they usually just kill us and nothing, no form of justice. So George Floyd, unlike Breonna Taylor and so many others, has the opportunity to obtain full justice, to find a civil solution in the civil courts, but also the opportunity to obtain criminal justice because [Chauvin] was charged and charged.

At this point, what would you consider progress, so to speak? I mean, is there an actual benchmark?