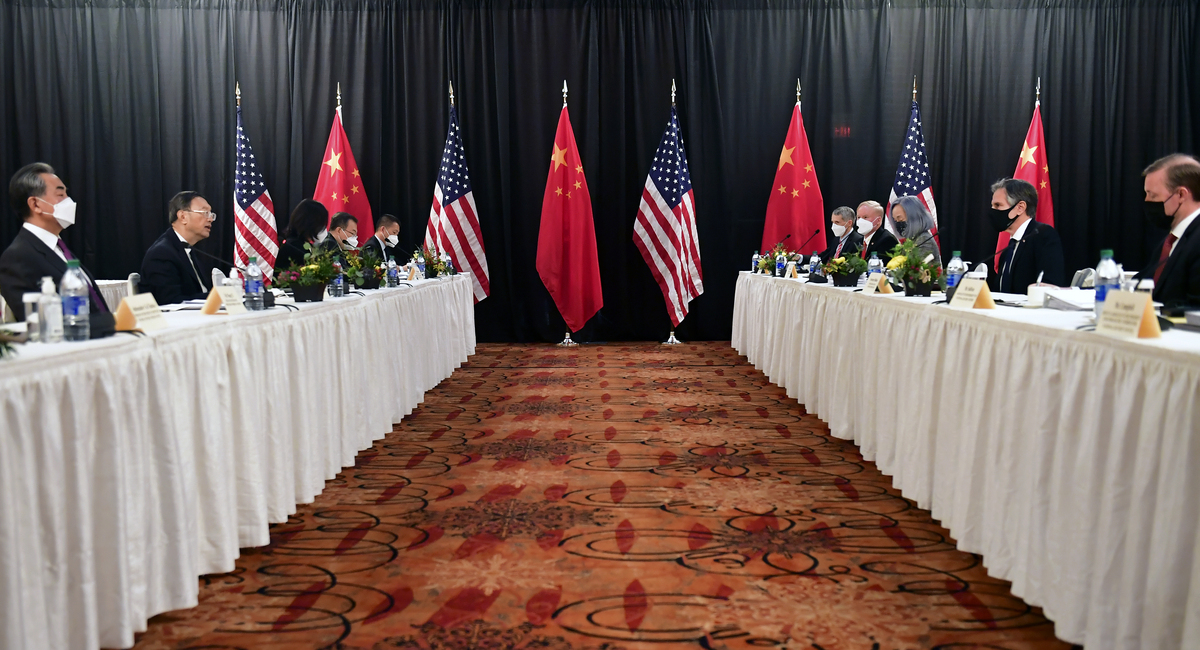 The first face-to-face meeting between US and Chinese officials got off to a hot start on Thursday. For more than an hour, top officials exchanged barbs at what was usually a superficial press conference prior to a two-day meeting in Anchorage, Alaska.

The scheduled photo op, which should only take a few minutes at the beginning of the meeting, lasted over an hour as both sides tried to get the final say. During the heated exchange, both the Chinese and US teams repeatedly called reporters into the room to add comments, according to reporters present at the meeting.

The meeting was attended by US Secretary of State Antony Blinken, National Security Advisor Jake Sullivan, Chinese Foreign Minister Wang Yi and Yang Jiechi, Director of the Central Commission for Foreign Affairs of the Communist Party of China.

At the beginning of the meeting, Blinken expressed American concerns about Chinese politics, according to John Ruwitch, NPR’s China correspondent. Blinken said China’s recent actions against international allies pose a threat to “the rules-based order that maintains global stability.”

Blinken then criticized China for human rights issues in Hong Kong, where the mainland has imprisoned democracy advocates, and in the far-western region of Xinjiang of the country. The nation’s Muslim minority population is subject to widespread oppression there. US officials called beforehand China’s actions against the Uyghurs there resulted in a “genocide”.

The conference on Thursday followed Meeting in Asia last week when US officials met with Japanese and South Korean officials. Blinken and Secretary of Defense Lloyd Austin also provoked China’s actions against US allies during this trip.

China refused to comment on Blinken’s messages during this trip, but turned to Blinken after her opening speech on Thursday.

Yang, China’s top foreign affairs official, said the US should focus on its own issues rather than using its military and economic might to suppress other countries.

He went on to say that the US has its own human rights problems, referring to recent civil rights protests. He said the complaints voiced by movements like Black Lives Matter are ingrained and not a recent phenomenon.

Despite the tense exchanges, Chinese and US officials still have hours to meet. A senior administration official told NPR diplomatic correspondent Michele Kelemen that US officials will be using the remaining hours of the meeting to double their messages.